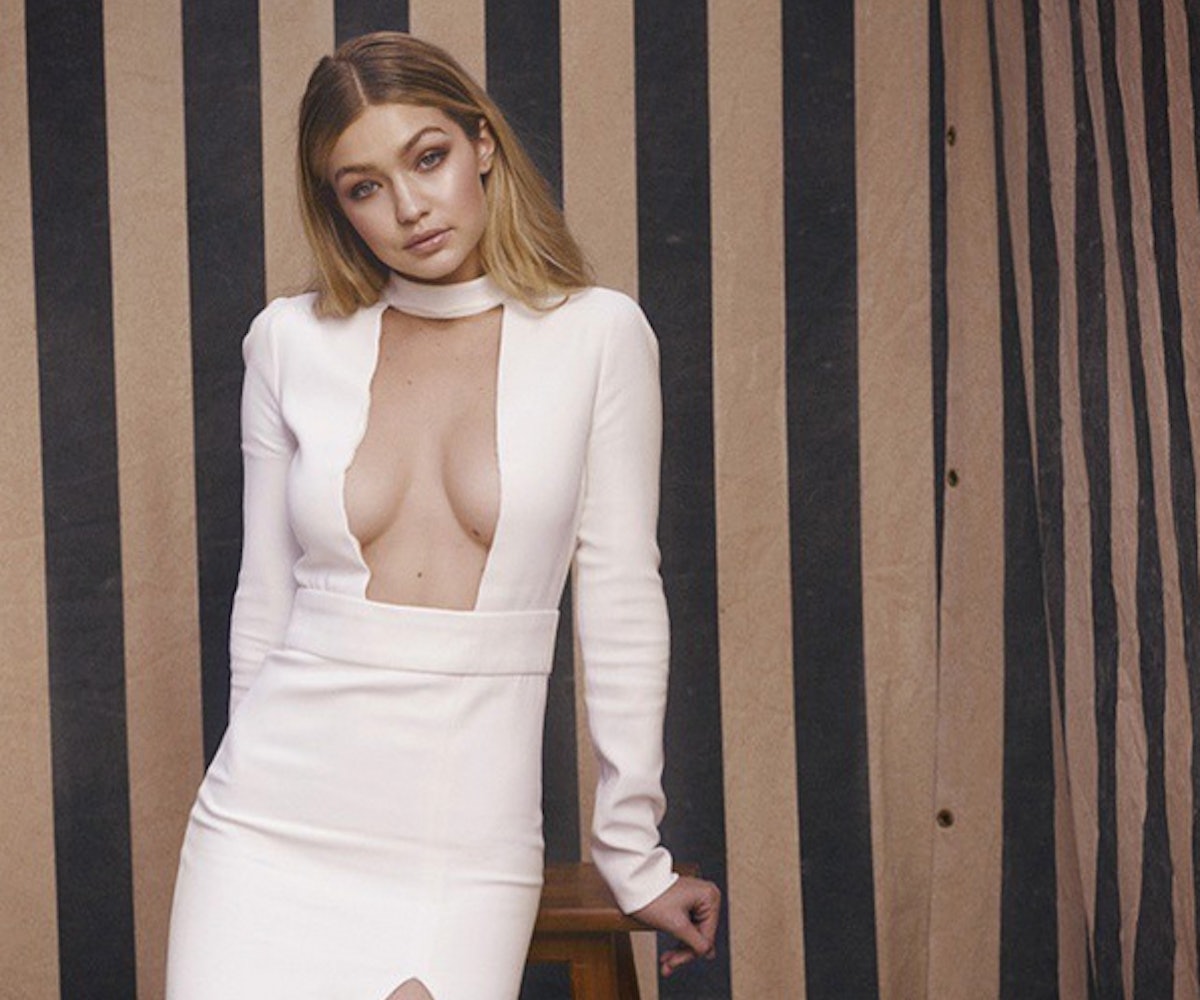 Photo via @gigihadid on Instagram
by rebecca deczynski
Sep. 28, 2015

In the past year or so, Gigi Hadid has taken the fashion world by storm. But in 2015, with a high profile comes the unfortunate inevitability of cyber bullying. In the face of negative remarks made online, Hadid took to Instagram to defend herself.

She explained that while she realizes her critics don't know what they're talking about, she can't help but take some of their insults personally. However, she's not going to let strangers on the Internet bring her down. "I represent a body image that wasn't accepted in high-fashion before," she said. "Yes, I have abs, I have a butt, I have thighs, but I'm not asking for special treatment. I'm fitting into my sample sizes. Your mean comments don't make me want to change my body."

While Hadid does represent a pretty idealized body in society, she (surprisingly) isn't the typical runway model. The 20-year-old is helping the fashion world to slowly but surely become more accepting of body types, and she's totally slaying while doing so. Never change, Gigi!