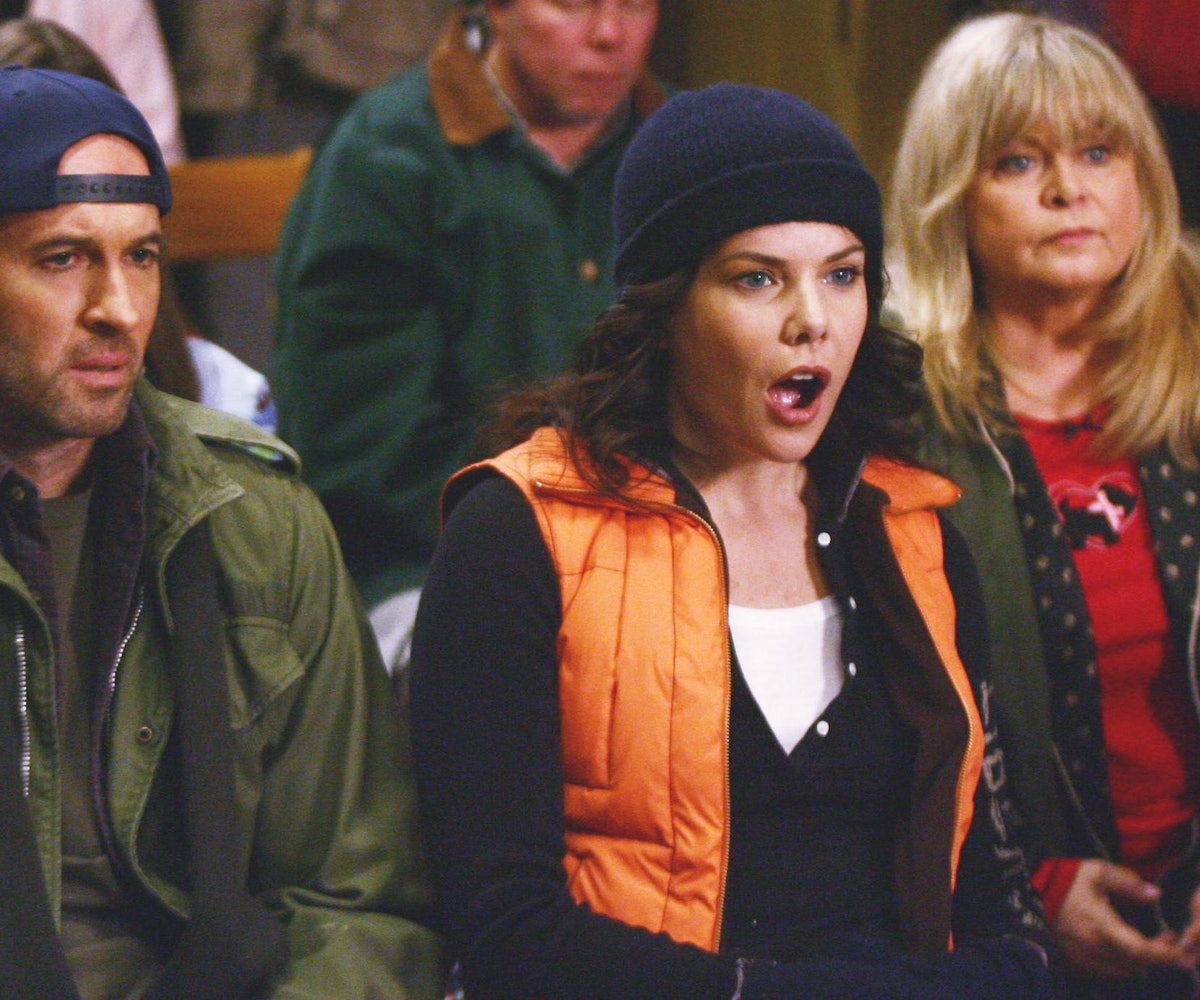 Look, if we can have returns of Full House, Arrested Development, Wet Hot American Summer, Poltergeist, The Terminator, Twin Peaks, Mad Max, Heroes, Star Wars, Indiana Jones, Jurassic Park, and so much etc., there's really no reason on this green earth we shouldn't be sending cameras back to Stars Hollow. Indeed, there seems to be something new and Gilmore Girls related on its way to our open arms, if recent buzz is any indication.

On a recent episode of the "Gilmore Guys" podcast—which is a thing we shall now listen to—actor Scott "Luke" Patterson dropped a sizable hint that some kind of project involving the beloved show—which ran for seven charming, fast-talking seasons between 2000 and 2007—is in the works. “I will say this, there are talks going on at the moment. I can’t really go into any details, but there is some activity,” he said. “I’m hopeful, and I’m in. I think it would be a big event, and I think it would be a great fan celebration.” Cryptic, but highly promising.

An answer may come as soon as June when series creator Amy Sherman-Palladino and cast members Patterson, Lauren "Loreli" Graham, Alexis "Rory" Bledel, Kelly "Emiy" Bishop, Jared "Dean" Padalecki, Keiko "Lane" Agena, Liza "Paris" Weil, Liz "Miss Patty" Torres, Sean "Kirk" Gunn, John "Logan" Cabrera, and others will convene for a panel at the ATX Television Festival in Austin. It all seems highly doable as neither Sherman-Palladino, Graham, nor Bledel seem to have ongoing committments—though it would be a stretch to have current superstar Melissa McCarthy return as Sookie and, of course, Edward Herrmann, who played Gilmore patriarch Richard, has passed on since the series ended.

NEXT UP
Nylon Nights
Post NYFW, Chanel Gathers All the Girls for Annual 'Through Her Lens' Lunch
Beauty
The Most Viral TikTok Beauty Products of 2022
Entertainment
Jared Leto To Star In Karl Lagerfeld Biopic
Entertainment
John Waters To Make His First Movie In Nearly 20 Years