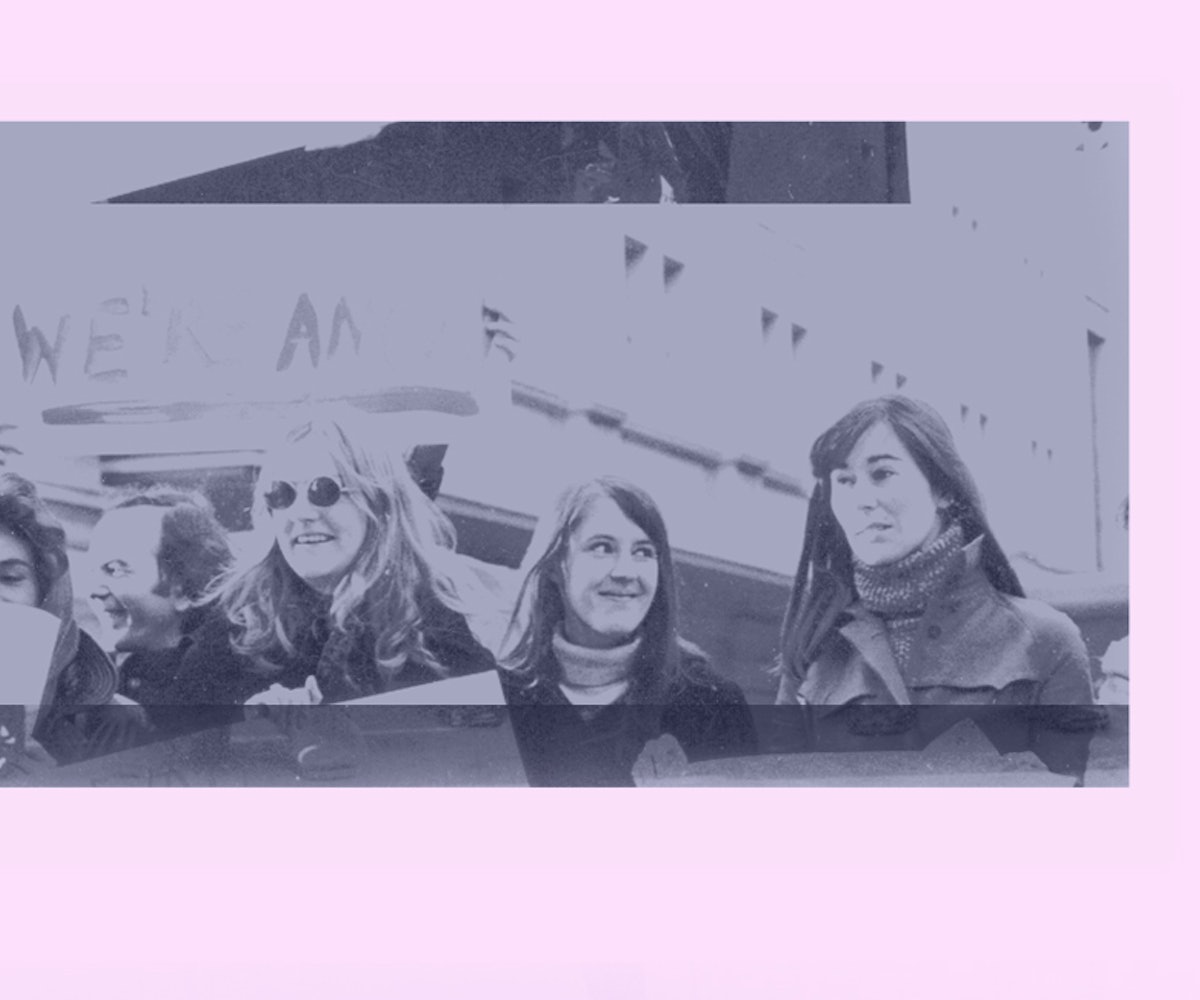 I’m probably not the first person to tell you: “Your story matters.” If you hear it enough, it begins to sound both painfully obvious and almost meaningless. If you’re a millennial or a gen Z-er, you know all about storytelling—we do it regularly on social media. But as I began speaking with women for this book, the theme came up over and over and over again.

The way we think about our lives, our families, our nation, and our future relies on storytelling. We need to tell ourselves a story about our purpose and place in history and ascribe meaning to what we get up and do each day. If stories can guide our daily lives and tell us what it means to be an American, changing those things requires new and varied stories. And right now—though the landscape is changing—the stories that we hear most often and most loudly are still by and for and about able-bodied, straight, cisgender white men. If you fall outside of these labels—or within them but challenge the dominant narrative attached to those labels—telling your story and your truth can be a radical act.

Ultimately, storytelling is a way to both create connections and assert the right to take up space, within your own community and with people outside of that community. And that’s exactly what Wazina Zondon and Terna Tilley-Gyado’s storytelling performance "Coming Out Muslim: Radical Acts of Love" seeks to do in exploring the intersection of Muslim identity and queer identity.

“Coming Out Muslim” was first developed as an eight-week training for youth workers focused on disrupting Islamophobia ahead of the ten-year anniversary of 9/11. Zondon and Tilley-Gyado both identify as queer and Muslim, so it felt natural and important to them to include queer Muslim experiences and narratives within the training. Eventually, they were approached by one of the training participants, a theater major. She asked if they would be interested in continuing the conversation about queer Muslim experiences by developing a show. Zondon and Tilley-Gyado said yes. Thus, Coming Out Muslim was born.

“For both Terna and myself, we felt very invisible most of the time,” Zondon told me. “We recognized the need and necessity to reclaim the narrative about who we are—as immigrants, as women, as Muslims, as women of color. And I think for young women, first-generation women, women of color, or queer girls, many of us don’t have role models or path makers before us. And so this was an opportunity for us to make paths for the girls that will come after us.”

Zondon compares storytelling to lobbying in its power to affect social change.

“Lobbying really at its source is telling the story that will get lawmakers to change their perspective,” she explained. “And when you tell stories and you share your experiences and you hear other people’s stories, you get to connect on the level of the heart.”

There’s some scientific evidence to back up the theory that exposure to someone’s story—especially when it happens in an intimate setting among people who already know or identify with one another—can make an impact. A 2006 review of 515 relevant studies found that “intergroup contact typically reduces intergroup prejudice.” 3 In other words, that means that spending time around someone who is a member of a marginalized group that you are not a part of can decrease your biases and misconceptions about that group.

Of course, turning these heartening findings and anecdotal successes into a larger movement is not without its challenges. After all, a friend or family member opening up to another friend about her sexuality or her abortion or the racial discrimination she’s experienced is likely to be far more effective when it comes to changing hearts and minds than a stranger watching another stranger’s story on YouTube. (Look no further than the comments under any YouTube video for proof of that.)

Over the last five years, the abortion rights movement has particularly embraced storytelling as a tool for reducing stigma. The 1 in 3 Campaign, 4 which harnesses women’s abortion stories to “begin to build a culture of compassion, empathy, and support for access to basic health care,” and the Shout Your Abortion movement,5 which started as a hashtag in 2015, are predicated on the idea that our stories contain untapped power.

Sometimes stories trickle out, one by one. Other times they burst forth, flooding and changing the landscape before we’ve had a moment to breathe. After the election of an alleged sexual predator, women tapped into their rage, accumulated over years of casual mistreatment and objectification and harassment (and in some cases sexual aggression and violence) at the hands of powerful men. They started telling their stories to journalists like Jodi Kantor, Megan Twohey, and Ronan Farrow. They declared “me too,” a phrase coined by activist Tarana Burke and signal-boosted by actress Alyssa Milano. Twitter and Facebook and Instagram feeds were filled with stories of abuse and violation, stories that had been carefully buried, sometimes for decades. Me too. Her too. Them too. Us too.

The public largely believed the women and men and gender-nonconforming people telling these stories. Predatory men across industries lost their jobs. Women spoke up and the culture took notice. We will be sorting through the consequences of this reckoning for years to come. And although the jury is still out on how effective these campaigns are, it’s worth remembering that social change takes time—lots of it. If our stories impact even just one person in a profound way, it’s worth telling them.

Emma Gray is a HuffPost reporter and the author of A Girl’s Guide to Joining the Resistance: A Feminist Handbook on Fighting for Good available for purchase now.