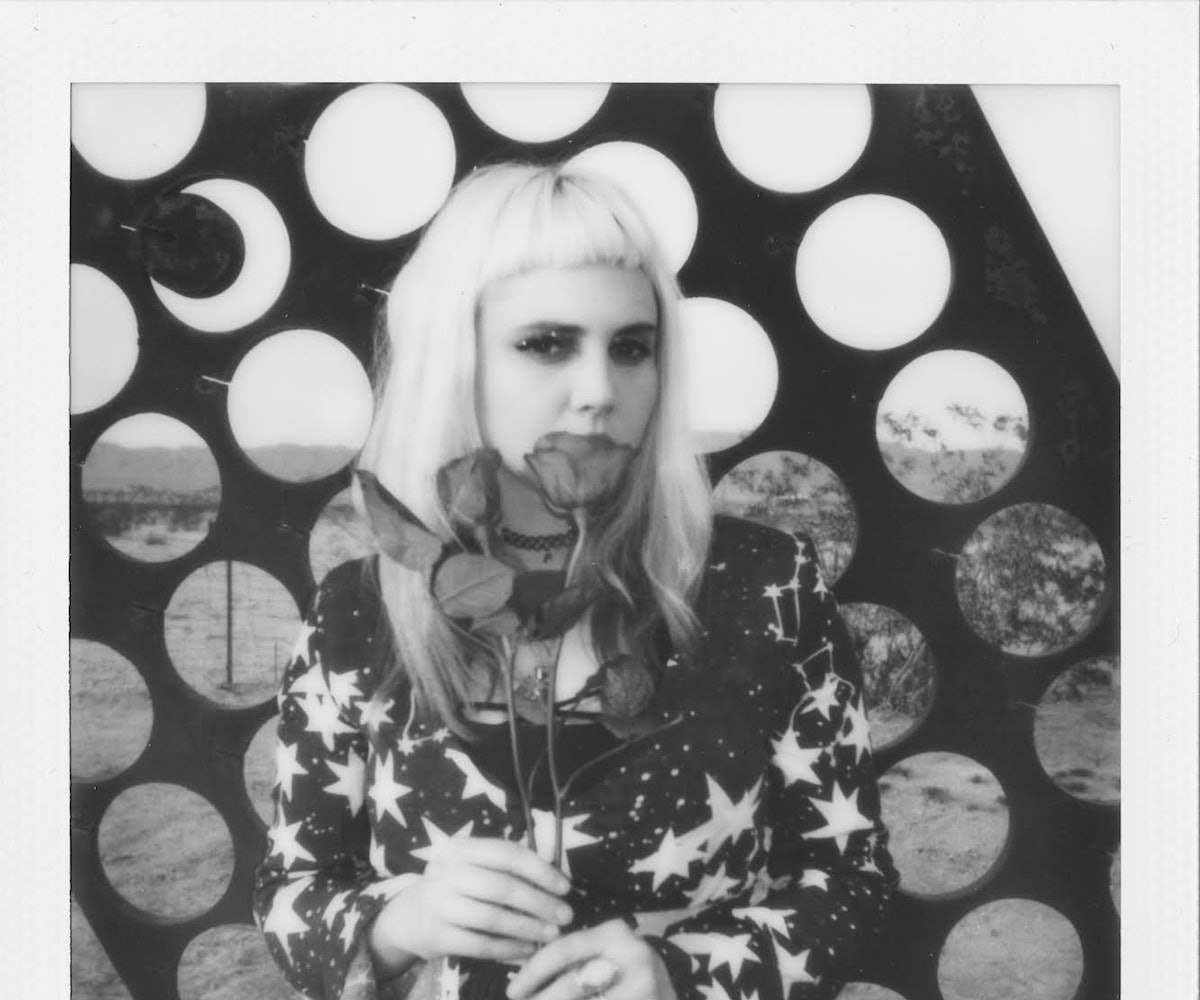 After a breakup, most artists strip down and embrace a quieter, sadder side of themselves. Not Globelamp. The psychedelic singer, born Elizabeth Le Fey, channeled her emotions into a wild pastiche of colors and sounds for her new LP, The Orange Glow, due June 10. Globelamp's trippy style shines through in her latest video, a banger called "Controversial/Confrontational," premiering right here.

Globelamp drew inspiration from David Bowie's "Life On Mars" for the video, an easily drawn parallel given her '70s-glam vibe. "This song is about having your trust broken," she said. "I watched some friends go through a divorce and so many secrets started coming out. I wanted the video to have minimal set design, contrasting [with my] colorful makeup."

"'Controversial/Confrontational' is the first music video I have ever produced," noted director Elva Lexa. "Even though I had no experience with film, Elizabeth believed I could make her vision come to life, and I did." For both Lexa and Le Fey, it was all about dressing up and having fun. "I'm very proud of the video because it definitely translates both of our styles perfectly."

Watch their shiny new video, below.