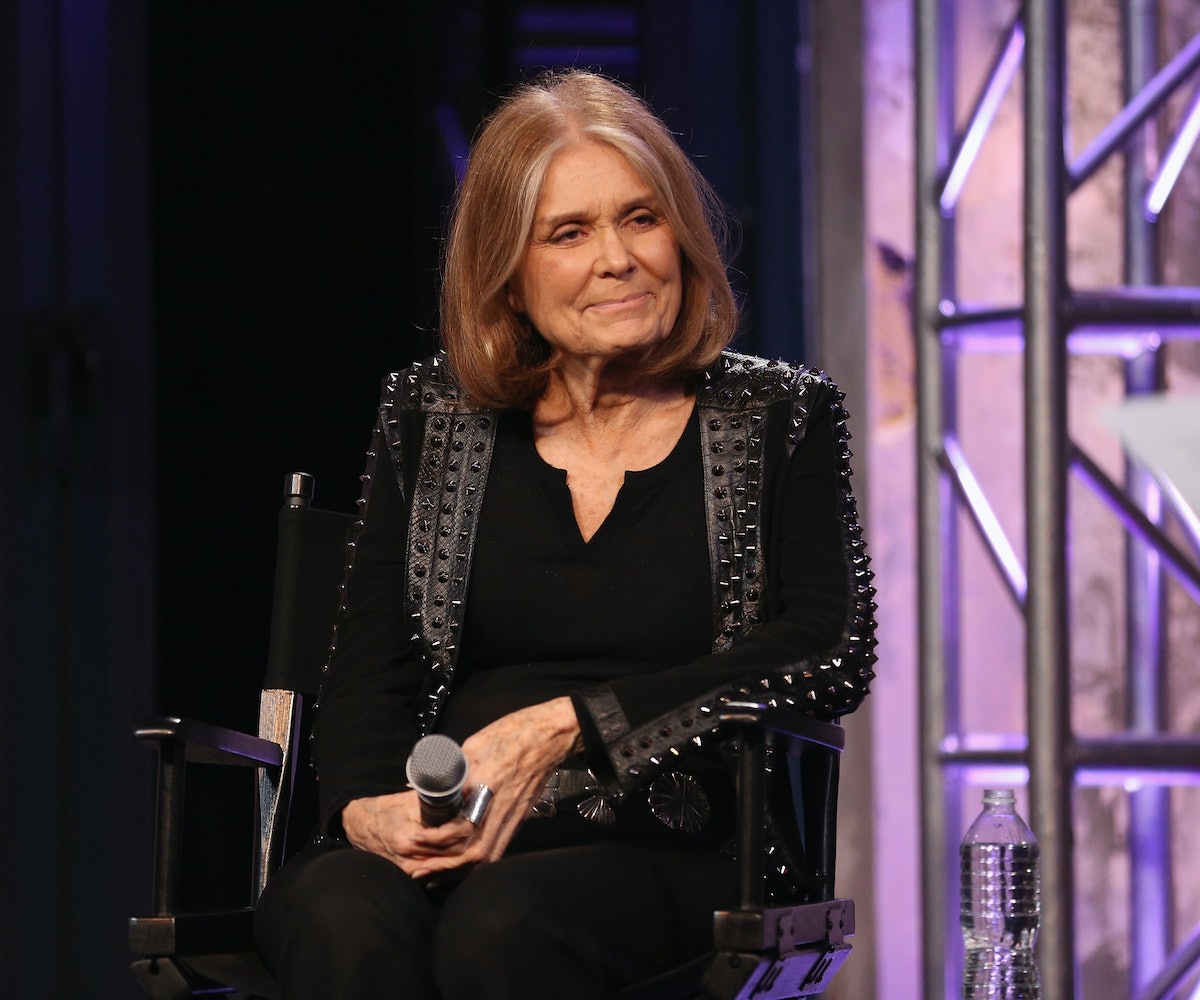 Gloria Steinem can be thanked for a lot of the progress the Women's Movement acheived in the late 1960s and 1970s. Steinem has always been a champion of sexual liberation for women, but as it turns out, many different aspects of today's attitudes toward women and sex have her questioning the whole reasoning behind hookup culture.

Having married later in life, Steinem opened up to Cosmopolitan about how she approached sex when she was younger, ultimately acknowledging that she had some regrets. When dating frequently, she tended to overlap suitors—eventually hurting some feelings. So from that perspective, she has a hard time seeing hooking up as something both participants are equally into. "With hooking up, it's not a judgment, it's just a question: Is this what you really want to do, or is it the only way you know to communicate?" she said. "Women are way oversexualized."

When the interviewer said, "Miley Cyrus has said, 'I am literally open to every single thing that is consenting and doesn't involve an animal and everyone is of age.' So it's sort of the 'I'll try anything' generation," however, she turned a more critical eye. "Seems like an extreme lack of taste," she said. Steinem continued:

Though a heteronormative assessment, if all parties truly are consenting and enthusiastic, then Steinem is in support of sexual exploration. She's just not entirely sure if that can be possible, but clearly has faith.