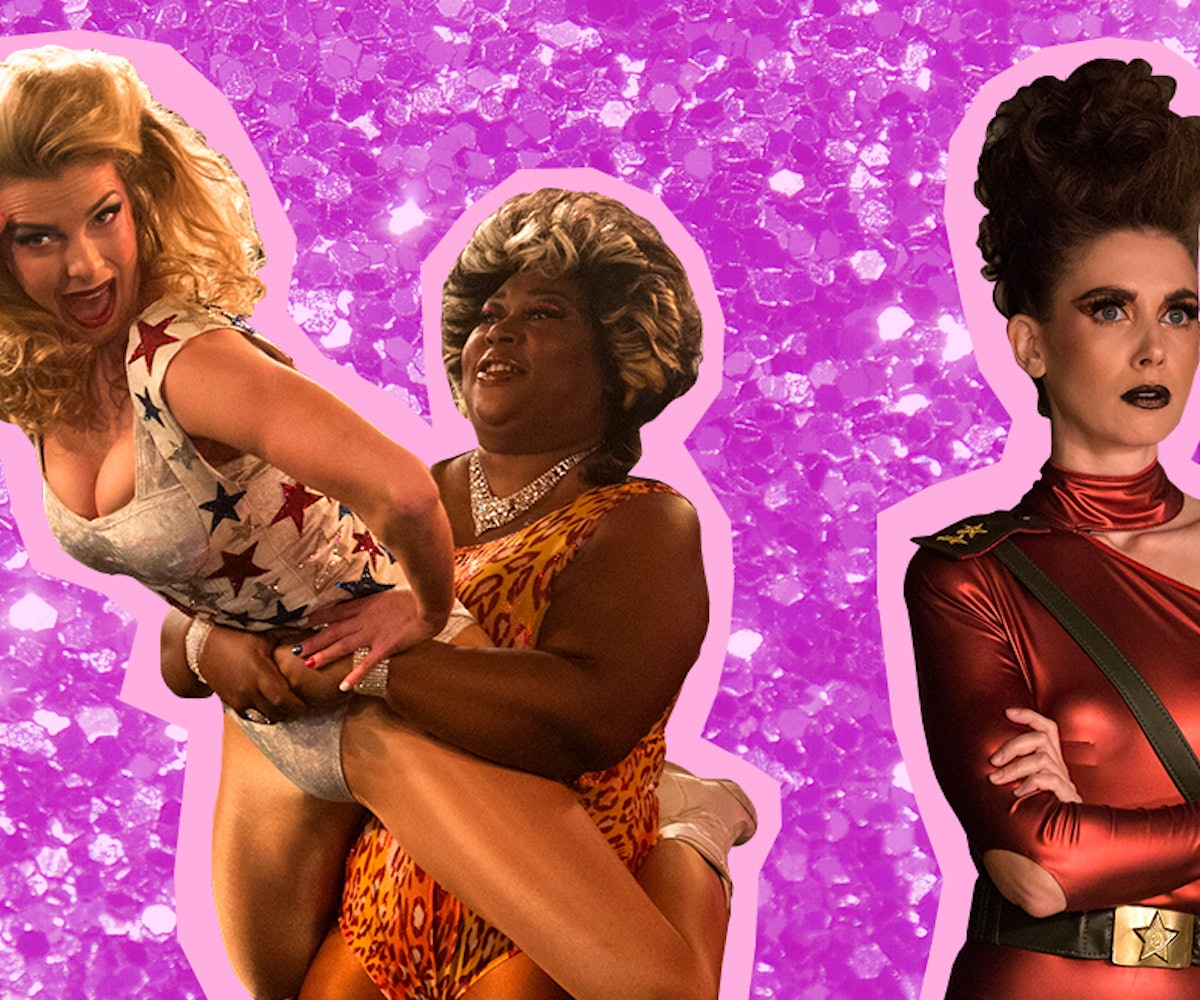 The Gorgeous Ladies of Wrestling are back for another round, and Season 2 of Netflix's GLOW has stakes that are higher than ever. Picking up right where it left off, former best friends Ruth (Alison Brie) and Debbie (Betty Gilpin) are forced to continue working—and wrestling—with one another on a show whose success has the odds stacked against it.

Though already one of the most authentic depictions of women on television, GLOW’s second season raises the bar even higher, frankly portraying what a complex relationship between two women really looks like. No pretty airbrushing of difficult issues—no neat resolution where all the players come together to decide that all their differences don’t matter in the face of a larger adversary. It is gritty, it is raw, and it is sometimes petty. And that’s what makes it important.

It's a common—and lazy—narrative trope to portray women as being either catty archnemeses or best friends forever, with little room in between to explore the complicated emotions and history that inform the way one person treats another. And because most shows don’t depict multifaceted backstories for women, viewers can forget that rash actions tend to be the result of a series of events, rather than an instantaneous reaction to a specific trigger, which leaves audiences thinking that women are two-dimensional, and not really worthy of much screen time—or respect.

And this is where GLOW stands out, and truly succeeds at being different. It respects women enough to portray the messy reasons people have for doing what they do. No matter how objectively callous or vitriolic someone's actions may be, there's always a reason for those actions, and until we discover what that reason is, we have to keep searching, in the hopes of understanding.

The fact that GLOW works to better show the human condition is what makes it a successful show, one that reminds you the women on-screen—and women, period—are nuanced, complicated and, frankly, fucked up humans.

Too often, even in this era of "woke" television, the depiction of female camaraderie borders on reductive. There is no authentic dialogue, and there are few real-world stakes. There are implications that all women should agree with each other 100 percent of the time in order to come together and achieve an ultimate goal. But is this wise? Is it even possible?

Relationships between women don’t need to occupy an alternate reality in which everything is flattened and simplified. This is why GLOW strikes such a chord amongst so many women. It's stripped of the artifice that brings women together under the banner of one socially conscious rallying cry; there is conflict, and there are external considerations. But, perhaps most importantly, there is a level of logical irrationality that allows you to really look inward and identify with these characters and, ultimately, validate these women as fully realized humans—flaws and all.

Real humans are messy, and real life is never as linear as a script will try and make it seem. We’re all over the place. We’re unpredictable and not always completely rational. And while GLOW could have easily left Ruth and Debbie’s relationship at yet another standoff—milking the one-note, “you fucked my husband” story line for all it was worth—they chose to take the more difficult route. They chose to explore the backstories of both these women to see what grounds them in their neuroses, to see exactly where their baggage comes from. So it makes sense that the narrative arcs got messy, that motivations remained unclear, and that a true resolution was never really achieved. But, again, this what makes it feel like an actual study of two real women who are very slowly rebuilding their friendship. Albeit, one bodyslam at a time.