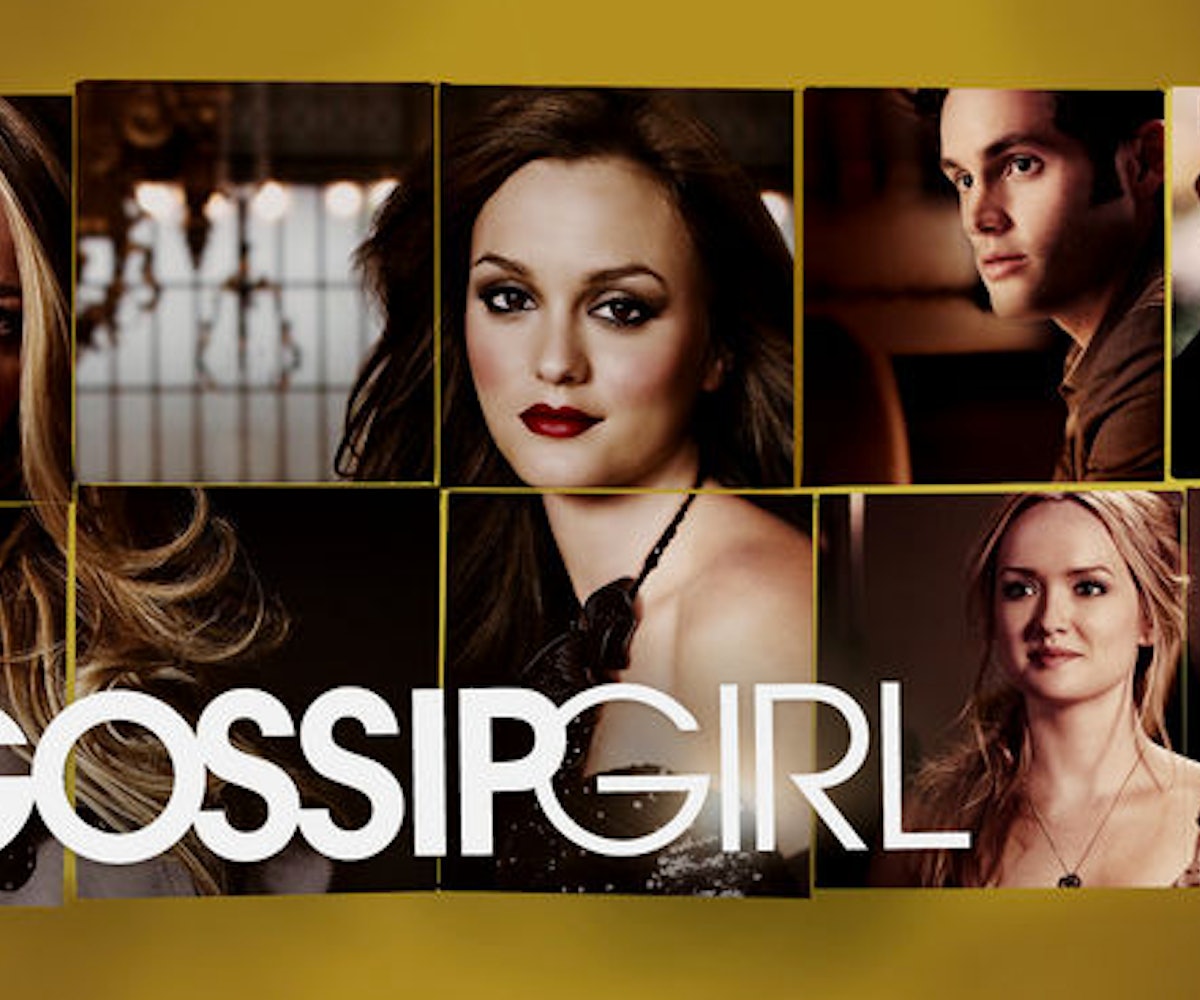 While some like to scoff at pop culture, we wouldn’t be who we are without it. Whether it’s a television show, movie, book, underground cultural phenomenon, or beauty product, there are certain events that changed the course of our lives. In our Life Changer series, we’re sharing the things that helped us become who we are today, and hopefully, inspire you to try them out for yourselves.

“Hey there, Upper East Siders. Gossip Girl here. And I have the biggest news ever.”

The first words spoken on Gossip Girl were by the elusive (and titular) Gossip Girl (voiced by Kristen Bell) way back in 2007 when the pilot first aired; these three sentences sparked a massive following of an entire generation of digital age kids, including me.

The show started the year I began middle school and casually became part of my Monday nights. By the time it ended the year I graduated high school, I could no longer picture Monday nights without it. At that point, I'd spent years rushing through my homework to plant myself in front of the episodic phenomenon and get my fill of Serena, Blair, Nate, Chuck and Dan making mistake after heartbreaking  mistake, only to eventually redeem themselves. With its realistic portrayal of the ups and downs of female friendships, accurate enough representations of family struggles, and loads of characters with a willingness to do everything to get what they want, Gossip Girl changed my life partly because it offered a sometimes accurate, sometimes distorted version of it, and what I wanted it to be.

Whether it was Chuck leaving his mark on the Manhattan skyline, Dan publishing a novel while he was a student at NYU, or Blair creating a new junior line for her mother’s fashion company, I always found the characters’ passion for what they loved contagious. Of course, the characters' passions also included the harassment of fellow students, multiple student-teacher relationships, and a tendency to trade friends and lovers as though people were just another form of capital. But, I loved that the show allowed me to live vicariously through the characters and their outlandish adventures without actually having to be the bad seed myself. In that way, I was a Dan Humphrey-level insider, you know, even if didn't publish a novel when I was a sophomore in college.

That didn’t stop me from trying to replicate certain shenanigans caused by Gossip Girl characters, though, which varied from simply wearing headbands adorned with bows or gems, to creating an anonymous Twitter account at my high school, to attending college in New York and interning at fashion magazines, in part based on the 0.3 seconds in the show that Blair and Dan worked at W. As crazy as it may sound, the show did tap into my very real interests in both fashion and journalism and made me want to experience it all for myself. Seriously, if the few episodes featuring Dan and Blair interning at W had spun on off into its own series, I would have watched religiously. Little did I know it would lead to me working at NYLON, but needless to say, I’m glad it did.

When Blair, Serena, and Nate were attending Columbia, I took such satisfaction in walking my friends across the street from my dorm at Barnard, pointing at a stairwell, and saying, “Blair and Chuck had sex there.” Or pausing an episode where a car dropped Serena off to comment that the car was actually driving the wrong way on the street. And every time I plop down on the Met steps or take an unnecessarily long walk through Central Park holding an overpriced latte, I think to myself, I am Serena or WWBWD? (What Would Blair Waldorf Do?)

I’m not alone in my loyalty to these prep school alums. If you need further proof, check out the half a million users that follow a Chuck Bass parody account on Twitter or the 1.5 million viewers who tuned into the series finale. As soon as I find out someone I’ve just met is a fan of Gossip Girl, it’s like we share this secret bond. The community of GG lovers demolishes any and all social separations. My room in college became the go-to place that you went to hang out when you wanted a girls night complete with a glass of wine and favorite episodes of Gossip Girl, even if you’d seen them a million times before. It serves as the perfect form of escapist entertainment thanks to the beautifully decorated apartments, incredible fashion, and, let’s face it, ridiculously hot guys.

While the guys have some pretty significant plotlines on the show, it’s the girls that stick out to me as the strong confident female characters that I really aspired to be like: Whether it was Jenny taking a stand when Eleanor was stealing her ideas by launching her own clothing line, Blair’s attempting to be powerful on her own not because of who she’s dating or who her mother is, or Serena trying to shake old (very bad) habits with a desire to be better than she’d been, I couldn't help but admire these young women. Plus, the portrayal of female friendships was something that always stood out to me as very real. Even when S and B got into one of their classic power struggles, they always found a way to forgive each other. It's also hard not to admire the way these girls walked the fine line between bitchiness and brilliant sarcasm.

One of the best—and simultaneously the worst—parts of the show is the dream-like portrayal of an elite New York life. It’s the reason Dan Humphrey was so desperate to get on the inside. As Gossip Girl narrates in the second episode, “Breakfast is brunch, and it comes with Champagne, a dress code, and a hundred of our closest friends." Now who doesn’t want to live in that world? Unfortunately, the show fails to represent certain aspects of New York, most notably in its astounding lack of diversity, which is unrealistic to a fault. The show eventually introduces Raina and Russell Thorpe, two black characters, at the beginning of season four, but I'd already spent quite a bit of time thinking, Wow, this show is really white.

And yet, there are some NYC things that the show perfectly captures, like the feeling you get when you’re in New York when you're not from here. I grew up in New Jersey and always dreamed about moving here. As Blair Waldorf memorably says to a character who comments that she feels like Alice in Wonderland: “Manhattan will do that to a girl. You’ll be happy to know it never wears off.” Three years into living here myself, I wholeheartedly agree.

Gossip Girl allows us entry into the most vulnerable and relatable time of these characters' lives—the end of high school and the beginning of college, adulthood, and everything else. It taught us to appreciate the magic around us without getting blinded by it; it helps us treasure who we are and trust in ourselves, despite what an anonymous voice on the internet wants us to think. This is a life-changing lesson. That, and the power of waffles to make everything better.