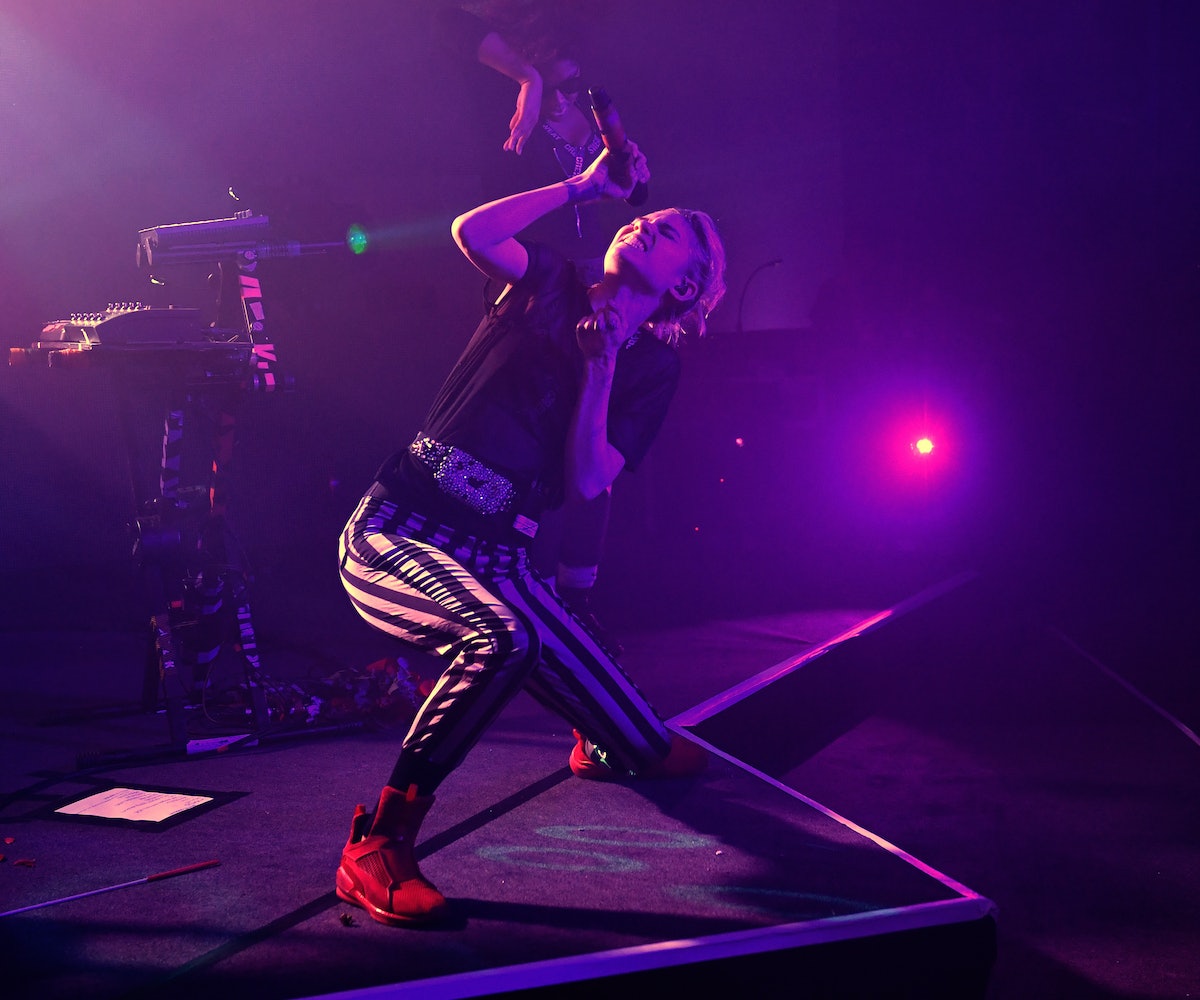 Although Suicide Squad has gotten terrible reviews, there are some good things that have come from it, like a deep dive into the troubling character that is Harley Quinn and a new Grimes song, "Medieval Warfare." But because the internet doesn't always do so well when it gets presented with nice things, there's some drama surrounding the media coverage of Grimes' song.

According to i-D, Grimes vented her frustrations with the fact that many journalists misquoted lyrics from "Medieval Warfare" in a way that can probably be attributed to straight-up sexism and heteronormative biases. Grimes took to Twitter to release a (now deleted) statement about the problem, writing:

"interesting how the press genders my lyrics

Medieval Warfare just came out and i noticed a lot of journalists changed the lyrics from 'are you hot?' (gender neutral) to 'are you hard?' (implying a hetero relationship - or sex involving a dick) and 'can you kill a man with your hands? (vaguely misandrist lyric haha - sorry btw, but iunno the song is about medieval warfare which involved mostly dudes and it's pretty hard to kill someone whilst un-armed with ur hands so it seemed like a cool lyric coming from the perspective of harley quinn. not meant to be pointedly hateful, but that's what it is) to 'can you kill someone with ur hands" (gender neutral lyric).

P much every quoted lyric from the song has been changed to make it about sex with men and to distance the song from being about violence against men.

happens all the time. like, until i said something, all the press assumed flesh without blood was about a hetero sexual relationship (its about a platonic friendship with a female friend), etc.

Grimes has complained publicly in the past about music journalists only ever wanting to ask her about "music industry sexism," rather than wanting to talk about her work as a musician and producer, and has been vocal about not wanting to be seen through the lens of victimhood, rather than recognized for her strength and accomplishments. This is, of course, a totally understandable reaction; who wouldn't want to be acknowledged for her achievements rather than have to focus on the archaic problems of other people? And yet, it is also important to call out sexist and patriarchal journalism when it happens, particularly when it involves misrepresenting an artist's intent. Grimes did this in the most chill possible way. She didn't go on a lengthy Twitter rant about it or anything overly dramatic; she simply called out the fact that some journos clearly aren't comfortable with the fact that not every woman is always singing about having sex with men, and then put the facts out there in the world so that the public could see for themselves how insidious systemic sexism really is.