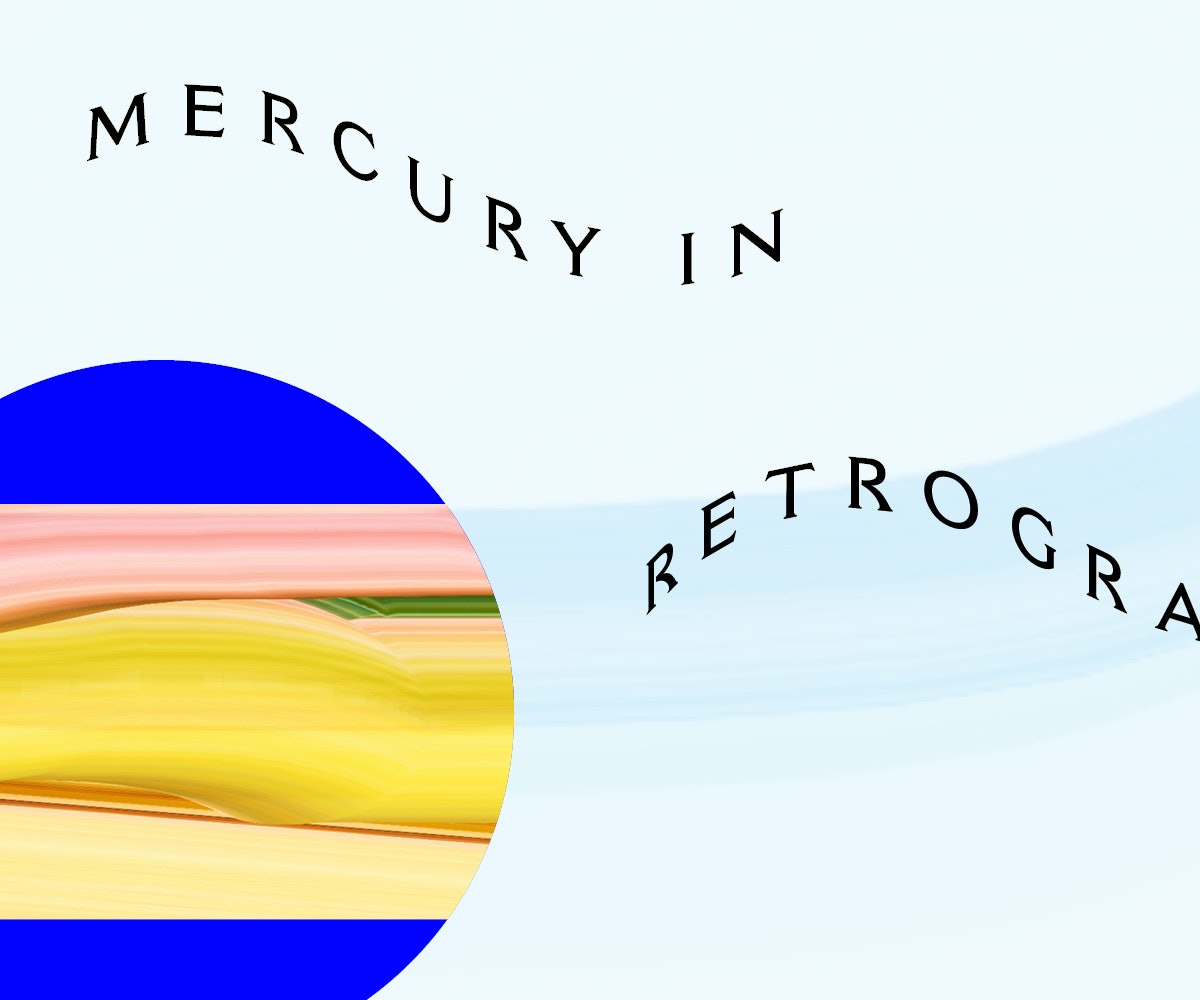 Because on the same day the Gemini full moon rose in the sky, Mercury officially went retrograde in Sagittarius—and will now go on dogging us into the dregs of December!—I am thinking of coping strategies and quick fixes. If you’re reading this, there’s a good chance you’re into astrology. And, if you’re into astrology, there’s a good chance you already know what a shitshow Mercury in retrograde can be. Your plans might fall through or your plane might hover over your airport for an extra half hour, inducing a handful of panic attacks amongst good people, or the novel you’ve been secretly working on for years could disappear in the blink of a hard drive. The takeaway here is: chaos is possible at all times.

What’s a modern girl to do about a temporal predicament that’s boggled even the ancients? What did the women of yore do when they had but one chance to write their true love a letter and their inkwells had mysteriously dried up and the one store (in all of yore) that sold ink was shuttered due to unforeseen circumstances? Surely, the lovelorn maidens broke their skin and made ink of their blood. And, surely, blood-ink letters looked quite desperate to the suitors they entreated. Ah, the maidens of yore risked life and death and possible fainting spells only to be thwarted by their own pluck.

But beware: scenarios change, but trouble stays the same. Gemini full moon might have had you texting the wrong ex-lover just cause fighting is better than crying and/or you were trying to stock the cupboard (if you catch my wintery drift). But, despite all your smooth talking, Mercury in retrograde might have you accidentally like a photo of their new girl on Insta, and then there’d be no doubt in anyone’s mind what a creep you are. Figuratively speaking, of course.

A good question to ask yourself before you’re in the muck, doing the most with the very least, is, How desperate are you? How badly do you need to do whatever it is you’re thinking about dropping your dignity for? Dig, if you will, this picture: It’s the end of the semester for many of you out there, and if there’s any moment Mercury in retrograde likes to give the boot to, it’s that moment when papers are due and your computer has decided to shut down every five minutes on its own accord, so you’ve begun to recognize the start-up chime as your personal death knell. If you were smart, you would have backed everything up on some cloud, so that you could then proceed to visit that cloud via library, iPhone, etc. But, you’re probably not smart because teaching moments depend on stupid moments. It’s the circle of life. Listen, desperation would be writing it all by hand in a frenzied fit, or lying to your professor, or quitting class and getting a degree in astrology. And, desperation might work out for you in that funny way it sometimes does... but, there’s another, better option.

You could, bear with me now, just key into this very Sagittarian moment and get optimistic about the truth. You might find that under the auspices of the Sag Sun and Venus, Mercury retrograde is ready, willing, and able to give truth a chance. Besides, being direct might get you a lot farther than taking a liar’s route, despite everything our current government has shown us.

This month, any scenario wherein one must be true to their inner compass is a scenario where you have a chance either to thrive or face spiritual setbacks. Why not take a chance on yourself? Push against your grief, not with rose-tinted illusions of the past but with the truth of your loss. Push back against conflict by committing to your boundaries. Don’t beat yourself up with negative self-talk; since Sagittarius knows that words are powerful, push back against deadline chaos by admitting that your procrastination is a sign of fear. Push against fear by recognizing its root and growing over it, a companion garden. And, when all else fails, go ahead and lie prone on the floor and cry a little. Then, say gently to yourself, I’m crying now. I’m crying for this reason and this reason. Crying is a signal for help from the child in me. I’m that child’s charge, and I will get her what she needs.