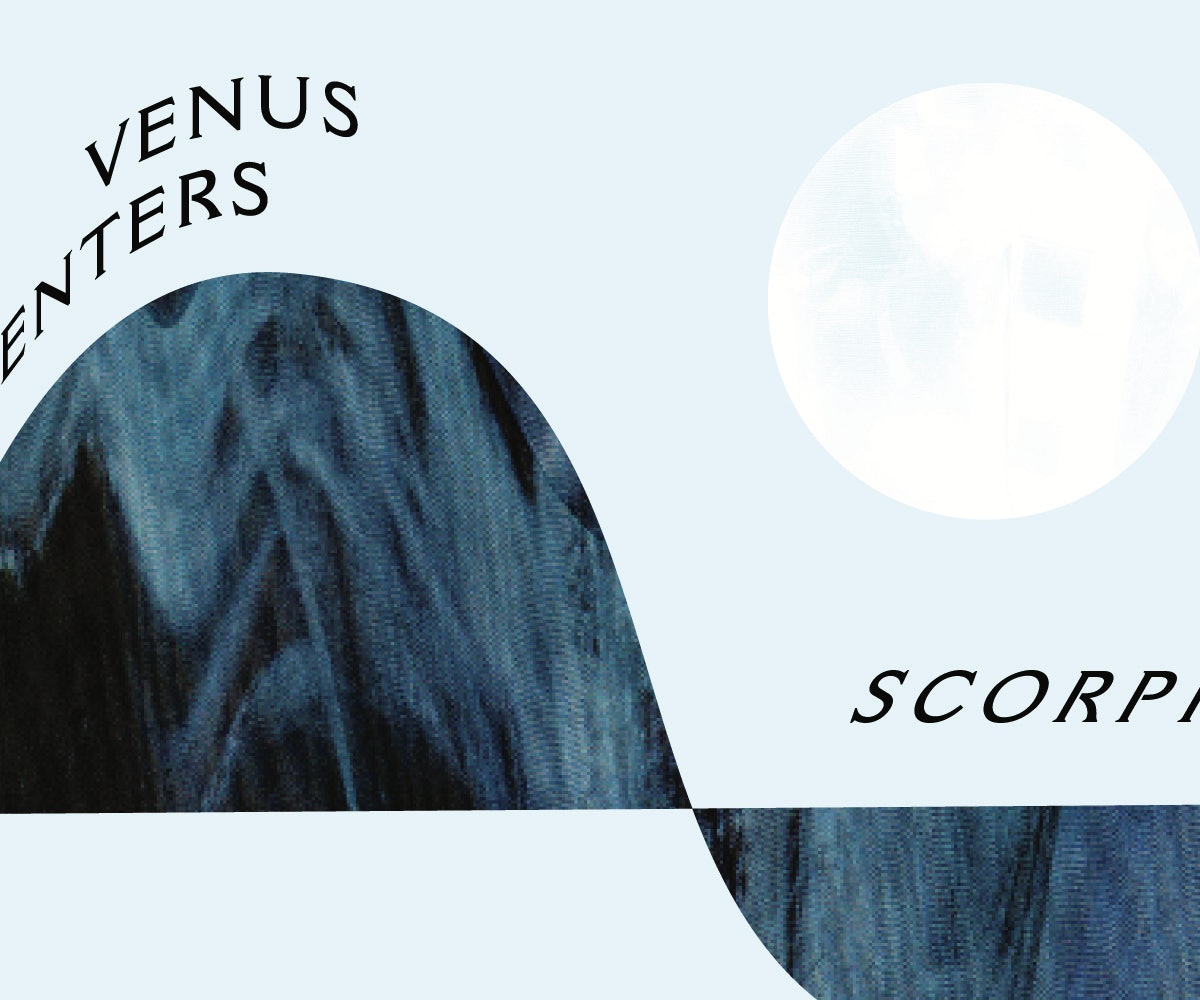 If you’ve been reading along, you know that Jupiter has entered Scorpio for the next year. Jupiter’s energy, buoyant and expansive, really heightened the beginning of Scorpio Season, and there's no sign that the rest of this month will be letting up in its intensity. But, before you even start preparing for the psychic new moon in Scorpio mid-month, don’t forget to stay alert to Venus—which enters the house of Scorpio today and makes a conjunction to Jupiter on November 13.

Now, you may be asking: What’s a conjunction? I’m getting to it, and I’m glad you’re curious, but, first, let’s talk about what Venus is up to in Scorpio and how it affects all of us, regardless of Sun sign. Venus, ruling planet of Taurus and Libra, is the planet of relationships and beauty, loveliness, and charm. Venus’ affect is generous and sweet, an opening toward pleasure, an offering of oneself to the creative spirit. Simply put, in terms of the Zodiac, Venus is the planet of love, and when it transits through Scorpio, it’s charged toward dynamic emotional growth and radical intimacy. Venus in Scorpio brings intensity to our connections, a carnal urge to understand what it is that brings us closer together and what, ultimately, stands to drive us apart. Scorpio encourages Venus to seek out dark corners where emotions are buried and desires are unspoken. It asks us what past traumas we’ve allowed to root deep in our current connections with others. The sign of sexual transformation pushes the planet of love to illuminate the places in our lives where empowerment and fulfillment have been choked by power struggles and emotional manipulation. When Scorpio is in Venus, many of us will feel pushed to choose pleasure, freedom, and living in our most unrepentant truth—which might ultimately mean choosing ourselves over those who harm us, despite what love they offer.

Now that you’ve got the emotional landscape of November in your mind, let's talk about November 13. Before daybreak and three days before the new moon in Scorpio, Venus and Jupiter will form a conjunction (aka being within 8 degrees of each other) in Scorpio that is less than 3 degrees apart. Almost parallel in the sky, these two brilliant planets will combine in a burst of light. More than the illusion of a wishing star that arrives when night is through, this conjunction will serve to reward those of us most deeply affected by Venus’s transit in Scorpio. Under the auspices of Jupiter and in the grace of his generous power, Venus will be inspired to shift her inquisitive spirit, to supplement her quest for emotional respect with adventures that nourish the spirit. Creative energy will be abundant and reinvention will feel unavoidable

Old projects might float up as if from a drowned pirate’s chest, offering up a bounty of inspiration and the possibility of new beginnings. New opportunities will crop up from the old connections. And, despite the cosmic pressure to revitalize something we’ve already got, new flirtations and sexy temptations will be abundant and difficult to pass up.