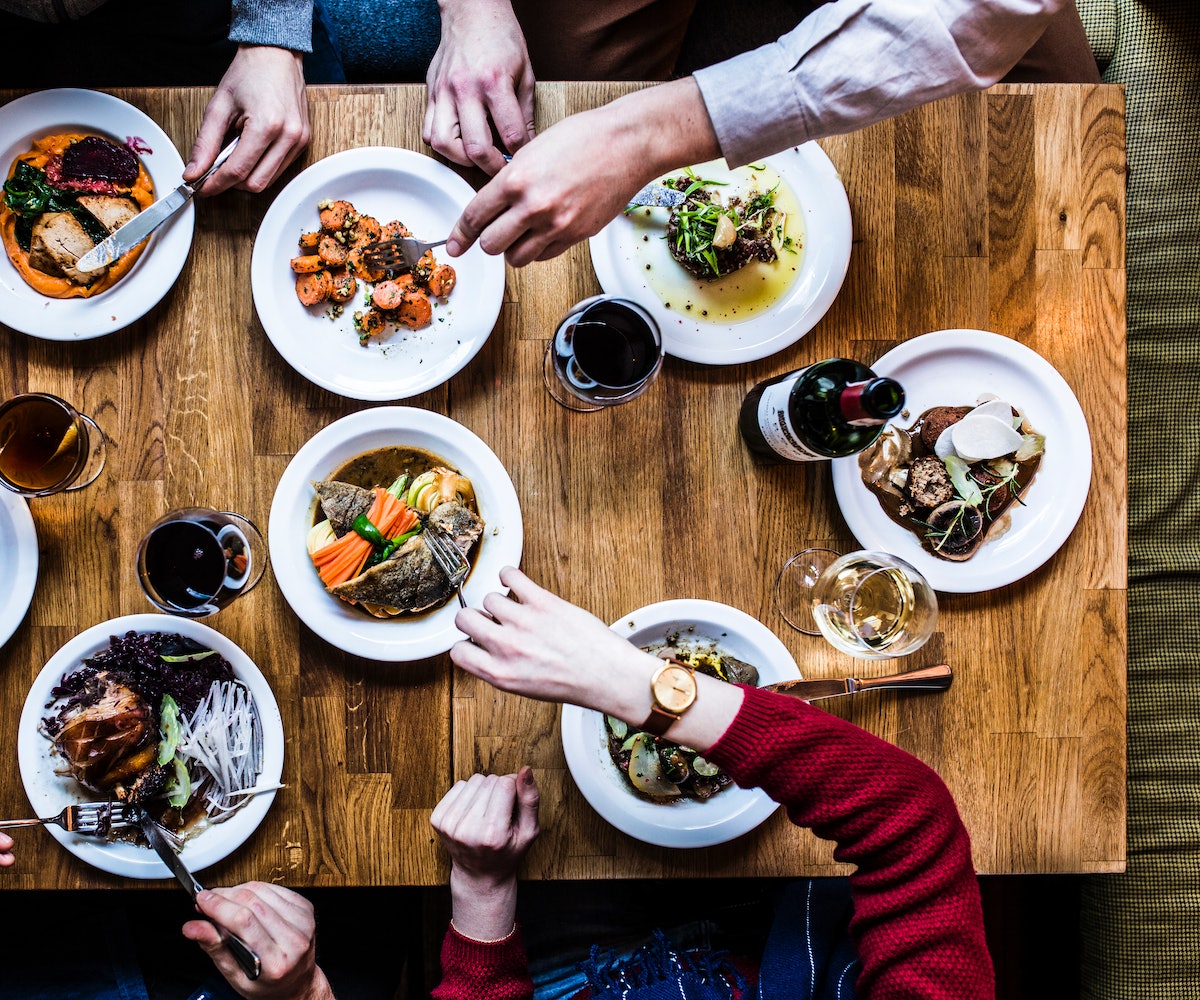 Many Americans go to Europe with nothing more than the London-Paris-Rome tourism circuit in mind, and while those cities are obviously great destinations for travelers, there's so much more that Europe has to offer. And it can be nice to go to a place in which you'll be embraced by the locals with open arms, because they're not used to an inundation of tourists; they might even wonder why you're there at all. All of which is to say: Consider Warsaw.

Even with communism some 25 years in the their rear view mirror, Poland is still rapidly developing. This means that every time you visit you’re likely to find a new favorite café, bar, shop, or museum—all at wallet-friendly prices. (Favorable dollar to Polish złoty rate, FTW.) From its extensive history, to emerging future, to current culinary scene, everyone is likely to find a different reason to love the city. But here’s a few ideas to get you started; just put Brodka (aka Warsaw’s reigning pop queen) on the stereo and dig through our top picks for your next Polish vacation.

WHERE TO STAY: H15 Boutique Hotel

H15's insanely central location would be reason enough to book at this luxury five-star hotel. (Who doesn’t want the ability to stroll to the bulk of the city’s museums, high-end shopping district, and any number dive bars without breaking a sweat?) But its old-meets-new vibe makes the hotel a destination in itself. Outside, it’s an imposing 19th century building, complete with columns and marble a plenty. Inside, the rooms, suites, and apartments are decorated in sleek black and white with eye-catching splashes of color. Amenities? Gym, restaurant, massages, and a multi-lingual concierge—yup, they got ‘em. Leaving would almost be silly… if it wasn’t for, you know, the intriguing city just outside your door.

WHERE TO DRINK: Woda Ognista

Woda Ognista (translation: Fire Water) features a twist on the speakeasy scene, pairing craft cocktails with a vast array of vodka options. (It should be news to no one that the Polish love vodka, and produce a varietal for almost every occasion.) Bar eats include modern takes on traditional Polish staples like steak tartare (for the carnivores, obviously) and oyster mushroom burgers (for the veggie set). Not ready to imbibe? Fresh juice abounds. Bonus: Want to learn more about vodka? Join an Eat Polska tour for an unstuffy, highly informative look at the spirit culture of Poland.

WHERE TO DRINK: Panorama Sky Bar

Okay, so maybe heading to the Marriott for a drink doesn’t feel like the first word in cool. But nowhere else in Warsaw can you grab a martini with a side of skyline. From your perch on the 40th floor you get an up close and personal look at the Palace of Culture (the foreboding Soviet-building in the city center), and see all the way to the Vistula River where the Warsaw national stadium sits, lit like a crazy alien art project.

WHERE TO DRINK: Beirut/Kraken/Grizzly Bar

The singular vision of restaurateur Krzysiek Galkowski, Warsaw’s holy trinity of specialty bars explore alcohol and food parings in a relaxed, down-to-earth environment. Craving hummus and a selection of beer that you’d be hard-pressed to find anywhere else in the city? Try Beirut. Seafood and splash of rum? Head next door to Kraken. Gin and an American deli-style sandwich? Go just down to street to Grizzly Bar. Be sure to check for updates; an avid music fan, Galkowski curates a special soundtrack for each establishment, often inviting bands and DJs to perform.

WHERE TO EAT: Bibenda

A high-end food experience where sneakers are more than welcome and the chef’s dog occasionally wanders through artfully bricked dining room, Bidenda is a study in contrasts. The brainchild of a Texan in Poland, the restaurant’s aim is to incorporate fresh seasonal ingredients into the ever-changing menu. Which means that even if every time you visit they might not have the crispy mushroom/cottage cheese fritters or caramel rosemary flan, they are guaranteed to have something equally as inventive and delicious. Be sure to pair your meal with a drink from their elaborate selection of craft cocktails.

WHERE TO EAT: Gdanski Bar Mleczny

In Poland there’s a tradition called “milk bars.” A holdover from the communist era (when any money-making venture could be labeled as capitalist) these are low-cost cafeterias that serve homemade food at reasonable prices. You’re also not likely to see a ton of foreigners, since the majority of them are off the beaten path and have menus in Polish. (But hey, there’s a translation app for that.) For a sampling of the local scene, stop by Gdanski Bar Mleczny to taste test traditional Polish cuisine including tomato soups, sausages, and the absolute crown jewel of carbs in Poland or anywhere else: pierogi, aka dumplings stuffed with potatoes and cabbage.

WHERE TO EAT: Night and Days at Burakowska Food Market

In the last few years the Burakowska area has seen a resurgence, with retailers, bakeries, flower shops, and wine bars moving into the previously vacant warehouses and lockups. The hub is a post-war industrial hall (Burakowska 14) that has been repurposed as a market space, similar to Los Angeles’ Grand Central Market or Budapest’s Great Market Hall. If you’re not in immediate need to goose fat, fresh produce, or sundry cooking supplies, hit up the cavernous building on the weekend instead for Noce i Dnie (“Night and Day”), a celebration of cross-cultural street food, craft beer, and DJs.

WHERE TO GO: The Neon Muzeum

Like Vegas, Warsaw has a long history with neon signs. Originally they were a sign of prosperity post-Stalin—a way to light up the Warsaw grey architecture while advertising the country’s cultural scene. For a while everyone from travel agents to movie theaters to dance halls had a sign before they fell out of favor in the 1970s. Located at SOHO Factory (a creative hub on the Praga side of the river) The Neon Muzeum has single-handedly managed to save and restore hundreds of Warsaw’s signs from that era, making their display not only visually dazzling but an important piece of Polish history. (To get an additional neon fix, visit Warsaw’s iconic volleyball player at Plac Konstytucji just off the city center.)

WHERE TO SHOP: Dream Nation

Another entry in Warsaw’s stable of woke fashion houses is Dream Nation. Spearheaded by Luiza Jacob, the organic line features heavily pattered dresses and shirts fit for anyone who doesn’t just want to taste the rainbow, but wear it as well. These are statement pieces for the kind of person whose whole life is a statement. And given that dresses start around the $50 mark (bless you exchange rate, bless you), you can afford to make several statements.

WHERE TO SHOP: Elementy

As the name would suggest, Elementy focuses on basic, organic clothing. But basic doesn’t mean boring. Their lines of classic trench coats, solid color wrap dresses, and long t-shirt dresses could bring out the Hepburn in any Audrey. Their Warsaw store also features sister company Balagan, a Polish/Israeli design collective that crafts unisex bags. Together, the two design houses make up the Transparent Shopping Collective, which are dedicated to fair work wages, high quality materials, and fair prices. (Translation: Prices are mid-range, but you’re definitely paying for quality of material and workmanship.)