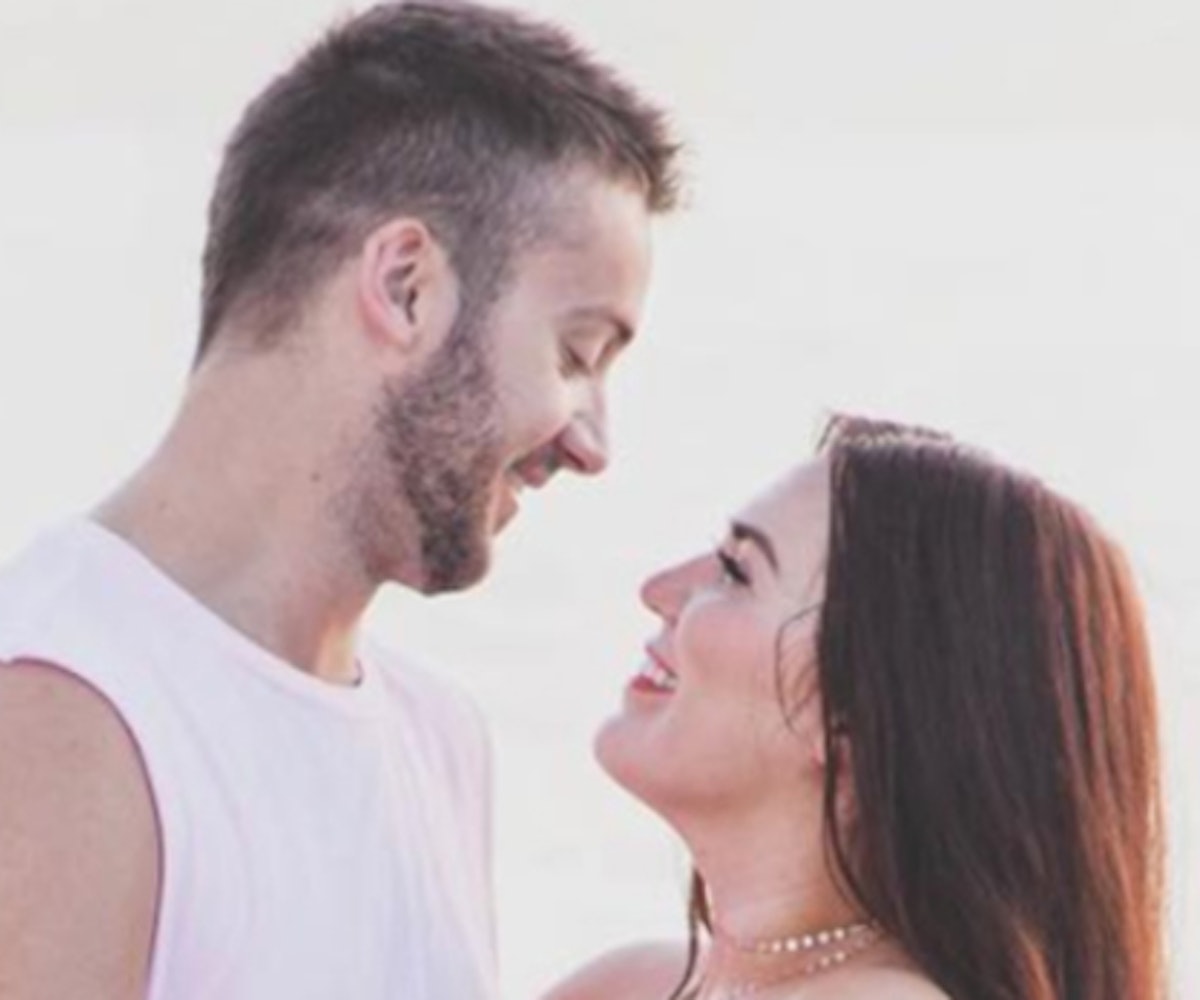 BuzzFeed published a story today about how people are "praising" a guy for "celebrating his wife's curves." He's being applauded for posting a photo on Instagram of him and his wife at the beach that is supposedly "promoting body positivity," according to the story. Only it's not really. It's actually just a media outlet giving way too much credit to a guy (and a guy giving way too much credit to himself) for loving his wife as she is. That's what he should do. That is literally the bare minimum of being in a relationship.

News outlets often laude men for doing everyday things, like being a good dad. If a guy plays dolls with his daughter he's Parent of the Year. A mom being a good mom is expected. She needs to "have it all" Sheryl Sandberg-style in order to get any recognition. As someone succinctly put it on Twitter, "women don't get enough pats, credit and cash for dating and loving men."

Robbie Tripp, the husband praised in the BuzzFeed story, wrote in his Insta caption about how men made fun of him for being attracted to "girls on the thicker side,” but how he “educated” himself. He’s essentially saying, "Look at my wife, she is not traditionally what you would call hot, but I think she's hot, doesn't that make me woke?" No. It doesn't. While well intended, he’s unfortunately just reinforcing the beauty norms he’s trying to critique. And worse, because his wife, Sarah, is not wildly outside the bounds of what mainstream society considers desirable, a story like this, as Bitch Media’s Senior Editor Evette Dionne pointed out, actually fuels fatphobia.

“Even if she were fat,” Dionne writes, “should she be flattered that the man she sleeps with loves her body? He should.”

So we sure as hell shouldn't be praising a man for being sexually attracted to the woman he’s having sex with. But then again, should we be surprised when a man pats himself on the back for doing next to nothing? We shouldn’t.

The comments on Tripp's post, like "You're the definition of how a true man should be," and "This post gives me hope," just go to show how low the bar is for men. If this man loving his wife (despite her not being a size 2, gasp!) is so mind blowing to people, then what exactly are they used to? Men shouldn't go viral every time they are a good and decent human. We need to set the bar a lot higher than that.