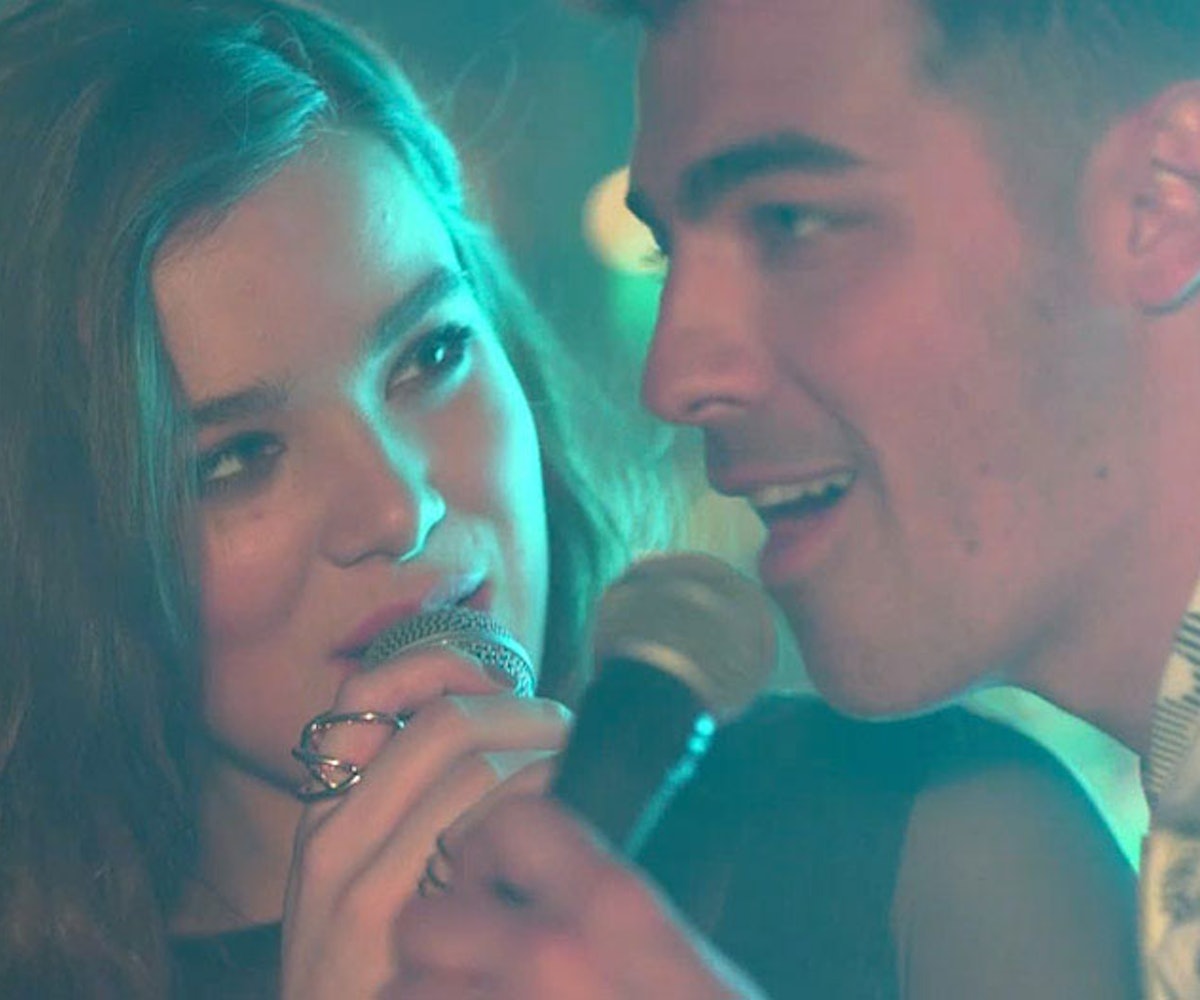 It’s been quite the day for two-thirds of the Jonas Brothers. Nick just released a video with Tove Lo, and surprise! Joe Jonas and his band DNCE are in Hailee Steinfeld’s new video for “Rock Bottom.”

The explosive pop track gets an equally explosive video. Steinfeld and John Economou—the formerly homeless model discovered by Kendall Jenner and Gigi Hadid—play a couple whose dynamic consists of fighting and getting back together. Steinfeld’s stretching both her acting and music chops here. It’s when she takes the stage with DNCE for a cathartic, climactic chorus, that both worlds come together. Speaking to People, Steinfeld said the song makes her think about a specific relationship in her past. “I’ve experienced that relationship in its entirety,” she said. Haven’t we all? Being on the “good side of bad karma” is something we all have been and will likely go through again. Good thing there are songs like this to help us make sense of it all.

NEXT UP
Entertainment
Brendon Urie Officially Disbands Panic! At The Disco
Entertainment
Chloe's "Pray It Away" & 9 Other New Songs Out This Week
Entertainment
Harry Styles Is Performing At The 2023 Grammys
Entertainment
Samia On 'Honey' & Saying The Ugly Part Out Loud
Style + Culture, delivered straight to your inbox.