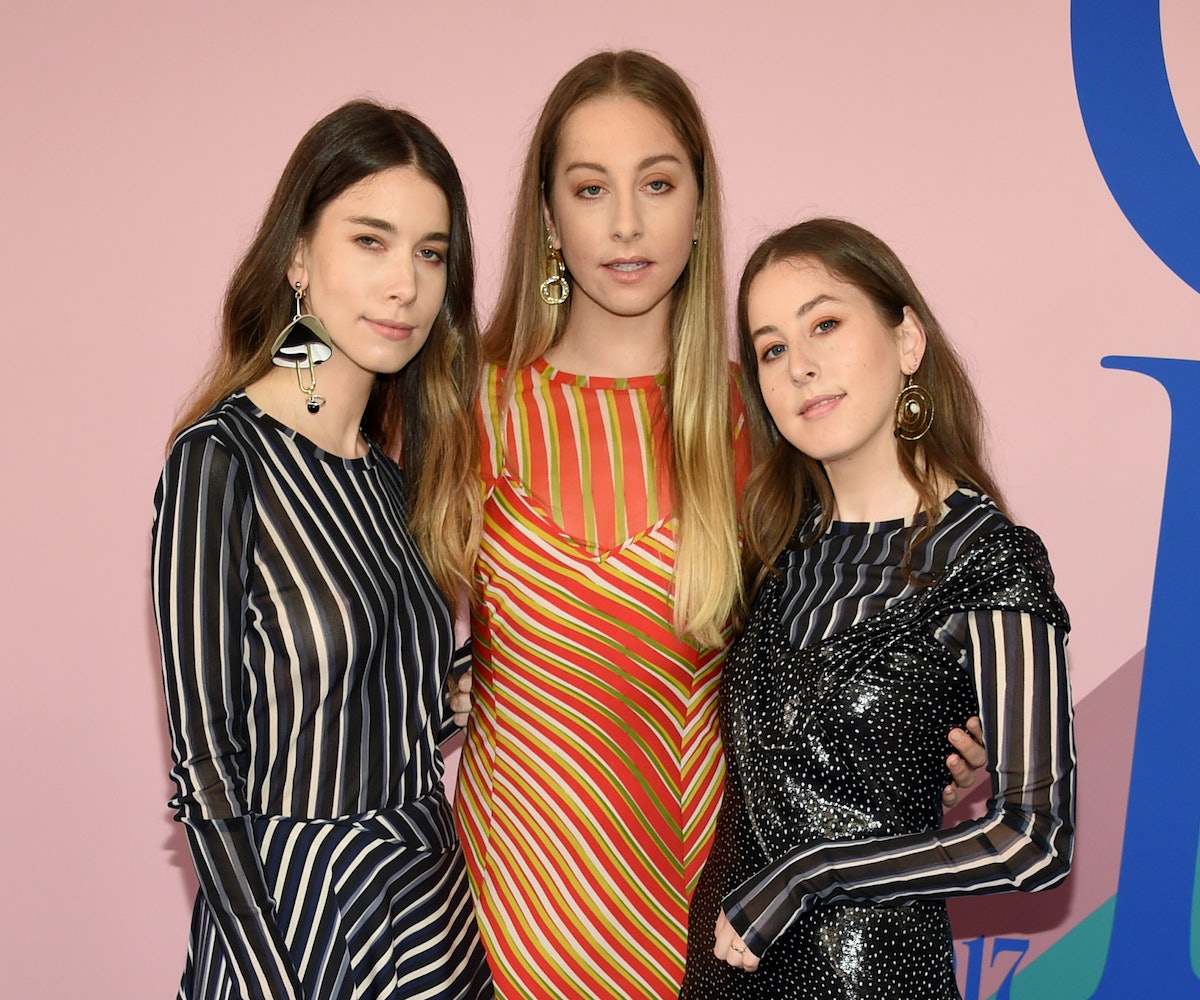 The rollout of HAIM’s upcoming album, Something to Tell You, continued over the weekend with a surprise pop-up in the band’s hometown of L.A. They announced it just one day before, and held it at the super-small Junior Heights space on Hollywood Boulevard to ensure maximum exclusivity. Droves lined up, but only about 100 fans got in. Those who did make it were treated to an acoustic set by the sisters, who played the already released singles from the album, “Right Now” and “Want You Back,” and, most importantly, debuted a new track called “Night So Long.”

The aching ballad features mostly singing from Danielle Haim, who told Rolling Stone that she wrote that song while on tour. The album version will likely sound a lot different (i.e. produced), but you still get a good sense of the widescreen emotions the sisters are going for on this record. At this rate, Something to Tell You is poised to join Lorde’s Melodrama as the most feelings-y record of the summer. It’s out on July 7, and you can watch the sisters perform “Night So Long,” above.