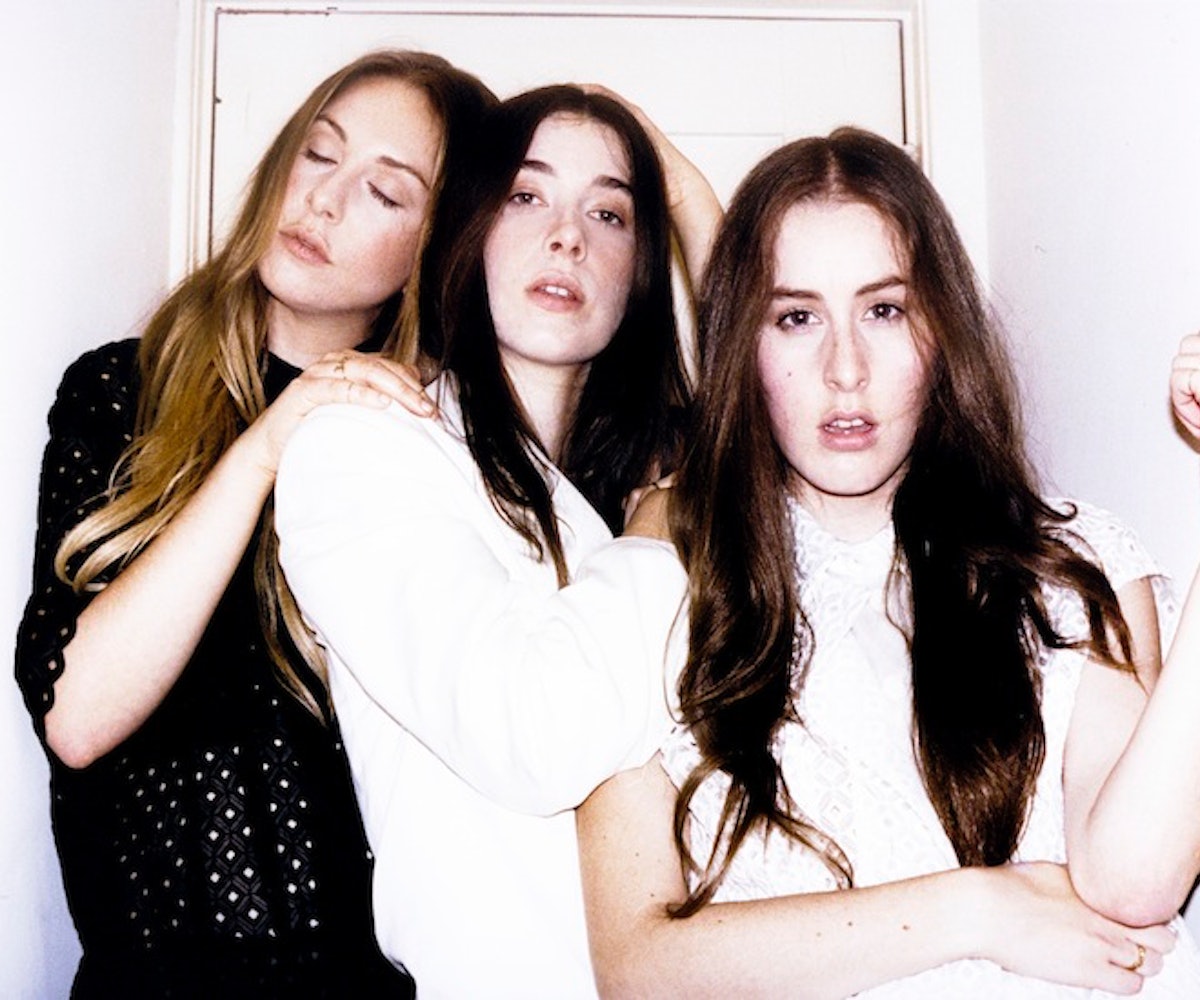 We honestly don’t know what we love most about Haim’s SNL performance this weekend: Alana’s rad drumming skills, Estee’s epic bass face(s), or Danielle’s crisp, perfect lead vocals? Or maybe it’s just the fact that these sisters continue to crush it time and again. Watch the clip of “Don’t Save Me” below and help us decide the best part. (Spin)

What happens when Major Lazer teams up with Palladium on a music video? Lots of stomping, lots of dancing, and some seriously rad glow in the dark boots. (Palladium)

Lena Dunham’s house from Tiny Furniture is now on the market! OK, technically it’s really her parents’ house, who let her film there after college, but still.  (NY Times)

Alice In Wonderland 2 is coming, and we hear that original stars Johnny Depp and Mia Wasikowska are already confirmed for the sequel. Get the details! (Grazia)

FYI, Vampire Weekend’s Ezra Koenig is very pro-selfie (just in case you were wondering). As he emphatically puts it, “I think that anybody who’s anti-selfie is really just a hater. Because, truthfully, why shouldn’t people take pictures of themselves? When I’m on Instagram and I see that somebody took a picture of themselves, I’m like, ‘Thank you.’ I don’t need to see a picture of the sky, the trees, plants. There’s only one you.” (Rolling Stone)

Judging from the label’s clothing collections, it shouldn’t be any surprise that Timo Weiland’s new collab with Jawbone should be anything short of awesome. Check out the brand’s new Jambox Mini here—your holiday shopping list better watch out! (NYLON Guys)