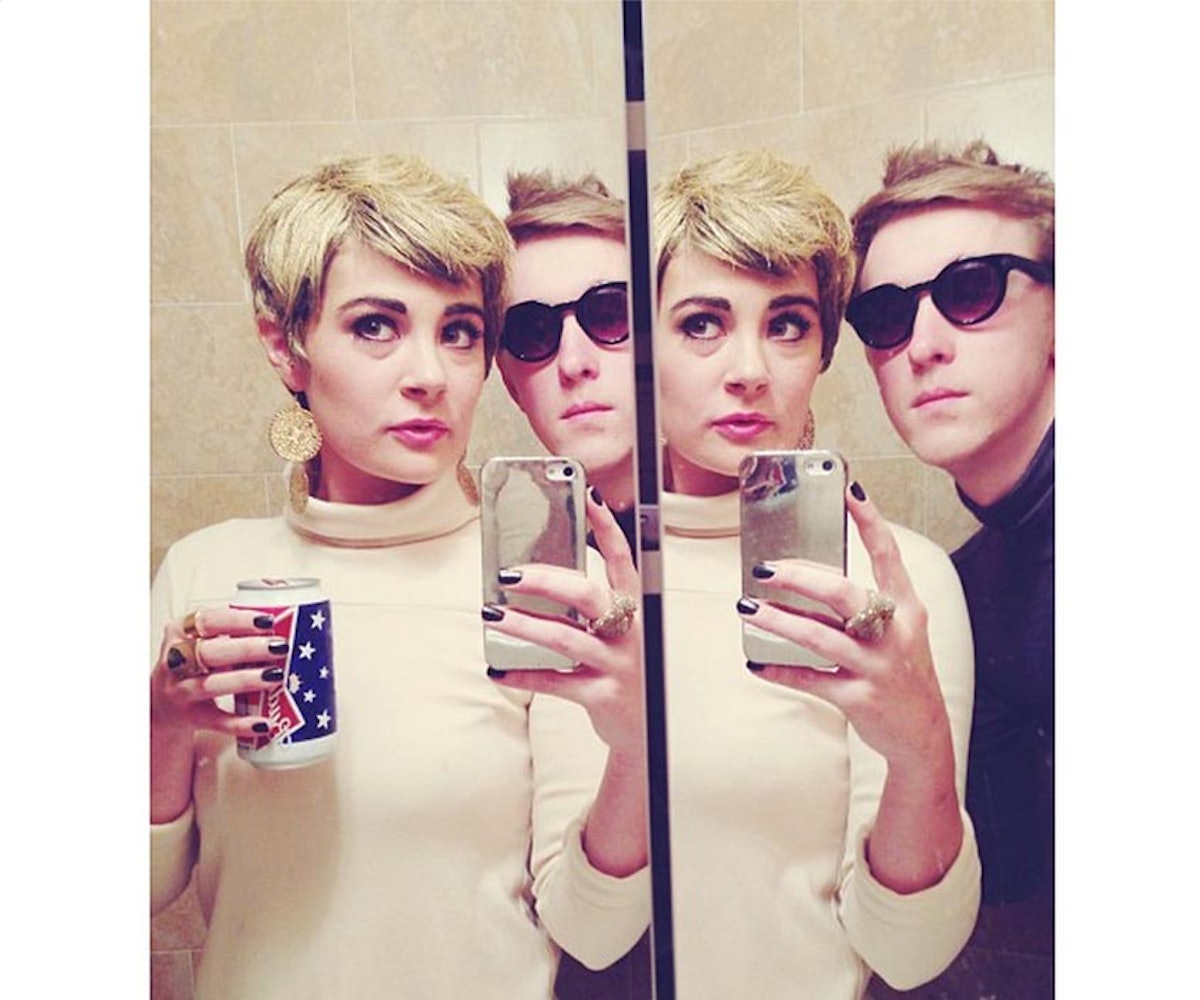 All month long we've been giving you Halloween costume advice (from one-step beauty products, to It Girl-approved looks). But sometimes the people who know what NYLON readers want best are...NYLON readers themselves.

This weekend, we asked you to snap a photo of your Halloween costume, post it to Instagram, and add the hashtag #NYLONhalloween. And you did--like, a lot of you, with a lot of awesome costumes. From the classics (we spy a few skeletons and vampires) to costumes riffing on pop culture (yes, there were a few Mileys, along with some Spring Breakers and a Banksy piece of art), there are so many brilliant ideas that I'm starting to rethink my costume (that was me as Veronica Sawyer from Heathers, by the way).

Without further ado, I give to you the ultimate NYLON Halloween guide. Click through to see what I mean--and then keep tagging your photos; we'll be updating the gallery all week long, so you very well may see your pretty/scary/awesome face in there. And don't forget to follow us on Instagram (@nylonmag) to never miss a reader submission call-out again.

@eirene_warhol as Dionne from Clueless

@dianerutkowski as Wayne with a friend as Garth

@britt_mahaney as a Rubik's Cube

@fashion_editor_karen as Julie Newmar as Catwoman

@kathrynmichael as a Banksy painting

@kristenklauda as Edie (with Andy)

@figvixen as the victims in The Birds

@juststoptalking as Marcie from Peanuts

@heyitscadah as Clarissa from Clarissa Explains It All

@universal_ugly as a scary nurse

@zazakaboomie as a "disco death princess"

@ashreyyy as a beer wench, with a princess and Waldo

@adri_law as the Spring Breakers

@angeloutrageous as Mary Poppins (and yes, he's dressed up as Bert)

@livchamp as a literal flower child

@carli321 as Britney in the "Toxic" music video

@oldladywisehands as Alien in Spring Breakers

@zzzelina as the Grady Twins in The Shining

@lmchoi as a young Bambi