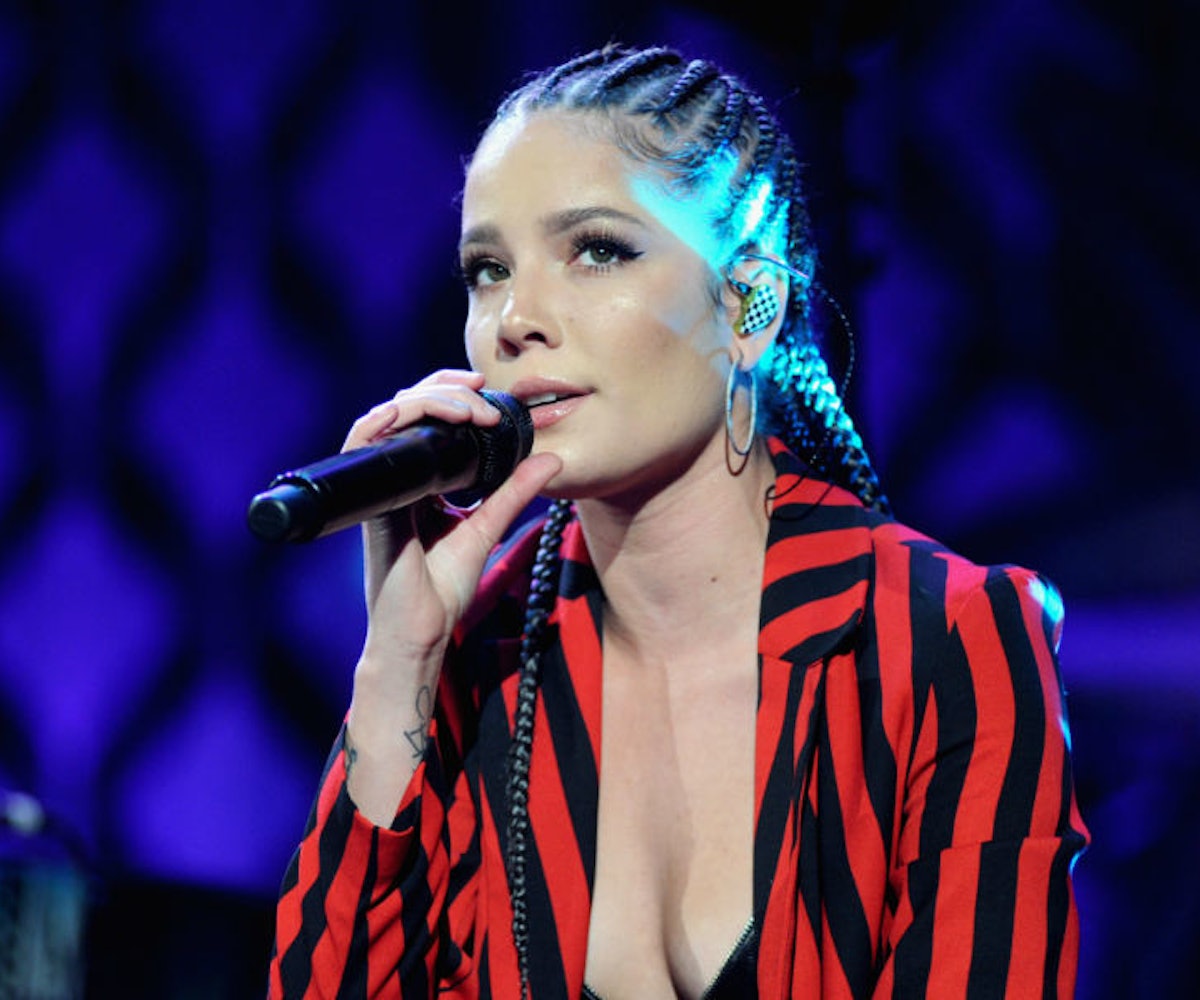 Twenty-three-year-old Halsey is getting a movie made about her life.

According to Deadline, Sony Pictures has closed a life rights deal with the singer. They hope to do with Halsey’s life what 8 Mile did for Eminem. Just, we guess, with fewer battle raps, trailers, and Cheddar Bobs shooting themselves in the leg.

Instead, it will document what it was like for Halsey growing up biracial in New Jersey. These details weren’t included, but, hopefully, it will also include personal bits about her long battle with endometriosis, what it was like to come out as bisexual, the miscarriage she suffered, and her mental health struggles. The singer may be young, but she’s lived plenty of lives.

Halsey is also, reportedly, appearing in Bradley Cooper’s highly-anticipated A Star Is Born, so this won’t be her first acting appearance. Though it wouldn’t be bad if it was; what easier role is there to play than yourself?

NEXT UP
Culture
The Madonna Biopic Is Being Scrapped
Entertainment
See a First Look At Marisa Abela as Amy Winehouse In "Back to Black" Biopic
Culture
Kaia Gerber Won’t Stop Until She’s Cast As Patti Smith In A Biopic
Entertainment
Bad Bunny, Lizzo, Kim Petras Will Perform At The 2023 Grammys