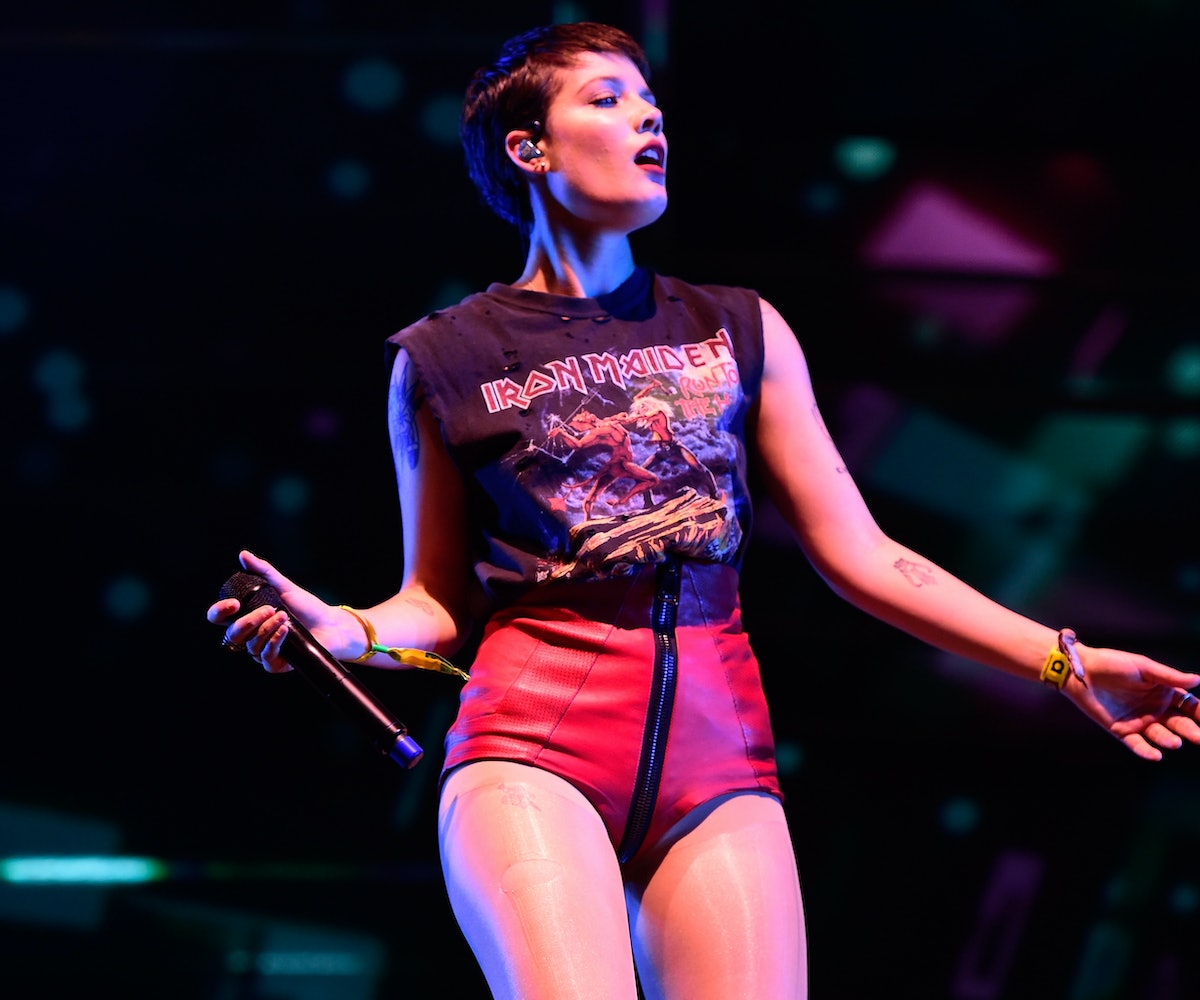 While this year's Coachella was a landmark event because it's the first time in a decade that a woman has headlined, there's still a lot of sexism surrounding the festival and the music industry as a whole. For one, Coachella is marketed toward women as "all about aesthetics and young cute celebrities," Bitch Media's Co-Founder Andi Zeisler told the The Los Angeles Times last year. In addition, Coachella, like a lot of music festivals, has a real imbalance of male to female performers. Last year's Coachella had 168 male artists and just 60 women performers, according to The Huffington Post.

Halsey, who performed at the festival last year, thinks that part of the reason women aren't as accepted on these stages is because they are pigeon-holed within the music industry. She told CBS News recently that she was tired of women being labeled as pop stars even when they don't see themselves that way.

"Festivals like Coachella, they pride themselves on being part of the counterculture, being tastemakers, upholding themselves to a certain standard of the artists that they include," Halsey said, "and I think one of the problems is that female artists are so often tainted as pop artists even when they don’t necessarily intend to be. Female artists can put out the same style of a record as a male artist and when a male artist does it, it has a certain type of dignity, it has a certain type of edge... as soon as a woman puts out a record of the same caliber, it’s immediately filed as a pop record no matter what."

She went on to use Drake as an example. “Drake is still considered a rap/rhythm artist even though he is essentially a pop artist when you look at the decisions that he makes and the climate that kind of surrounds his projects,” Halsey said. “And when you have a female artist in the same lane, they get written off as a pop artist simply because they’re female, simply because the conversation with them, it goes to fashion, makeup or whatever, and those are questions and comments that don’t surround the brand and surround the career of a male artist.”

Halsey praised Lady Gaga, the headliner this year, for being able to transcend genre with her music, noting that "the extremes [Gaga] has to go to maintain that counterculture are much greater than that of what a male artist has to do."  Amen, girl.