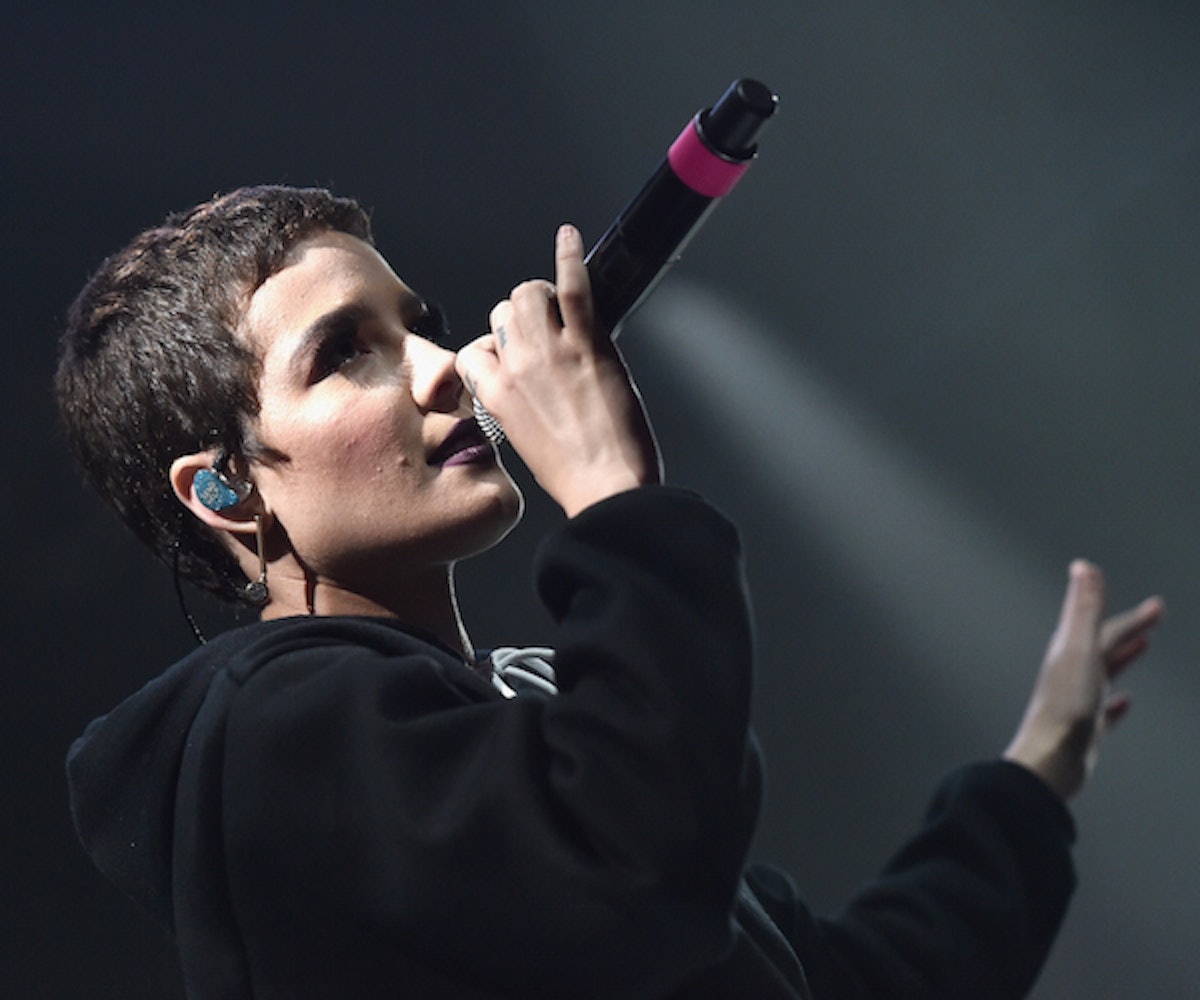 Outspoken singer Halsey has apparently deactivated her Twitter account. While there has been no official word as to why she may have, observers are pointing the finger at the constant stream of negative comments that were endlessly directed toward her. In the past, Halsey has used the social publishing platform as a way to discuss her own mental health history and a bevy of progressive issues including sexuality.

At last check, Halsey’s account was being used to promote her new blue lip gloss, which is neither here nor there. Sometime this weekend, though, the account was shuttered, spawning the briefly popular hashtag, #HalseyDeactivatedParty. There you can find a small war going on between those who support the singer and her various positions and those who, for reasons we can’t pretend to really understand, seemed delighted with her disappearance from Twitter.

In the past, constant themes in Halsey’s Twitter feed have had haters claiming she is a Kehlani rip-off (Kehlani’s own mental health issues surfaced in a dangerous way last week), making jokes about her sexuality, her short hair, and, yes, her own mental health. Halsey has reported that some of them have made light of her admission that she had contemplated suicide in the past with at least a few people going so far as to suggest she should take her own life. Social media can really suck, right?

Generally speaking, we’d love to see her back on Twitter—but if that’s not a safe space for her right now, then we just wish her the best. You can still follow Halsey on Instagram where she left this message (and some pictures of pretty flowers).

NEXT UP
Life
Fever Ray Throws A Spooky & Sexy Office Party In "What They Call Us" Video
Life
Read An Exclusive Excerpt From I’ve Had To Think Up A Way To Survive: On Trauma, Persistence, and Dolly Parton
Life
On Repeat: Vaquera’s Away Collaboration Is Brought To You By Britney Spears B-Sides
Life
All About The Age Of Aquarius