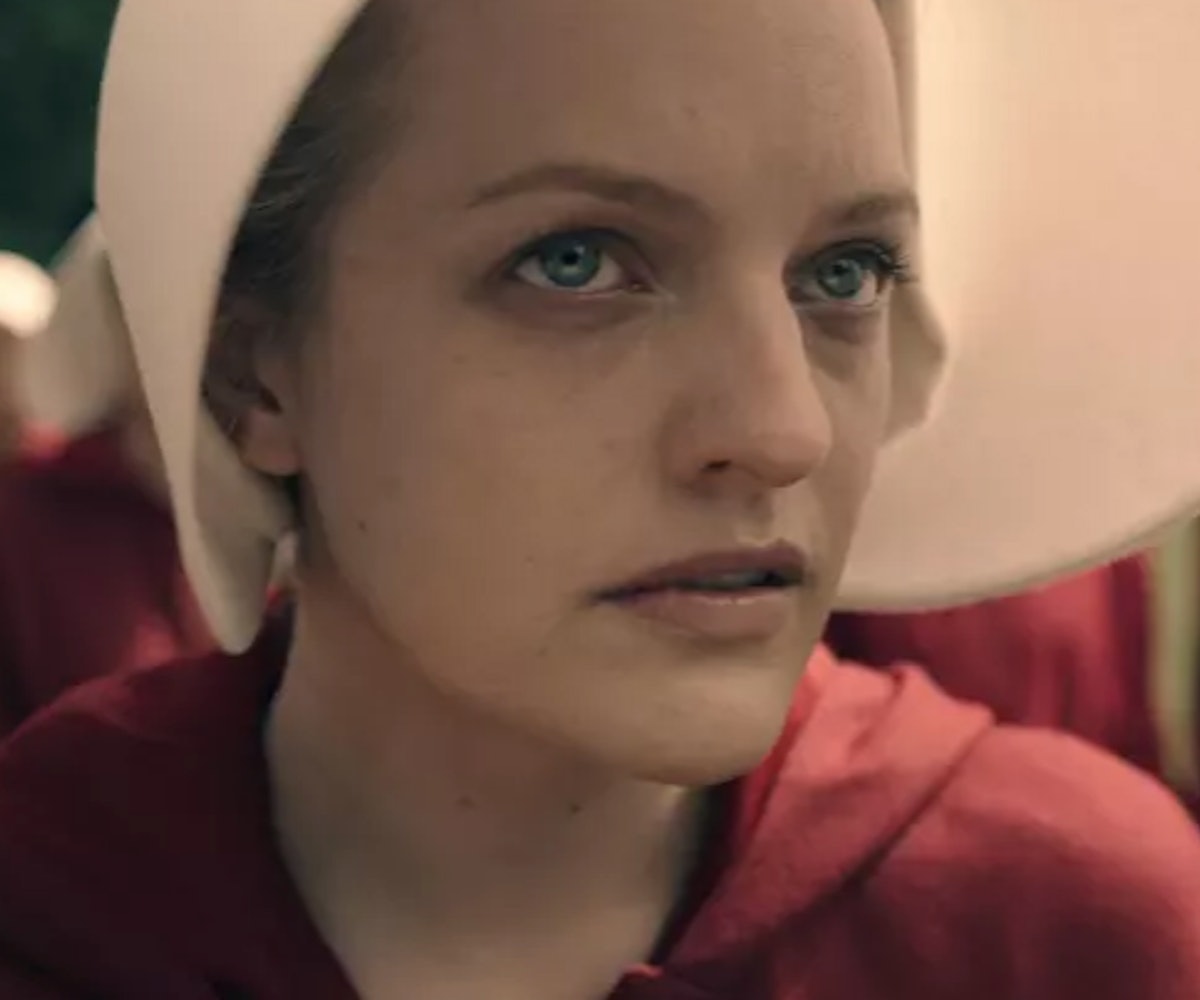 Over the 10-episode first season run of Hulu's The Handmaid's Tale, several aspects of the show stood out for being notably different than what might have been expected from this televised version of Margaret Atwood's Gilead, a misogynist dystopian hellscape. One was the fact that the show was filmed in such a sumptuous manner that it looked more like a series of Vermeer paintings (oh, that gorgeous light in the breakfast room!) than an environmentally ravaged post-war society. Another was the way in which it changed Atwood's novel, making Gilead into a multi-racial and -ethnic society, instead of an all-white one. And then there was the music.

One of the most hotly debated aspects of this widely acclaimed series was the frequent use of lyrically on-the-nose songs as sonic frames for many of the show's most narratively powerful moments. While some thought the use of songs like "Don't You (Forget About Me)," the Simple Minds power ballad from the early '80s, notably used in the closing credits of The Breakfast Club, was "slyly genius," others (including me) found these musical winks to the viewer to be jarring, particularly when contrasted with the rest of the show's non-pop soundtrack, which was haunting and effective.

Still, though I generally don't love the use of such familiar songs to over-illustrate already very lucid points, I grudgingly concede that some of the songs were effectively used. (I did like episode one's employment of Lesley Gore's "You Don't Own Me," for example, but that might also have had to do with the eternal soft spot I have for The First Wives Club.)

But then in the season finale, I found myself abruptly taken out of the show's momentum when the familiar strains of Nina Simone's "Feeling Good" came on. The song accompanied a scene in which dozens of handmaids, led by the protagonist Offred, have been derelict in their duty (of course, their duty was to murder someone by stoning, so...), and they are now feeling victorious and not a little bit smug about their insubordination. It is not the first time the show used Simone's music; her song "Wild Is the Wind" was used to soundtrack the early love story of the Waterford's, the horrific oppressors of Offred, and "Sugar in My Bowl" was used to score the sex scenes between Offred and Nick, both of whom risked death were they to be caught together.

While it perhaps superficially makes sense to use Simone's gorgeous voice and powerful music to score these particular scenes, it is nevertheless off-putting for the simple reason that this version of The Handmaid's Tale has received many valid critiques (including this, by Angelica Jade Bastien, today) about the ways in which the show's "post-racial" reality is actually a denial of the ways in which black and brown women have faced similar forms of sexual and reproductive slavery as those experienced by the predominantly white handmaids of Gilead. Simone was an overtly political artist; she was a civil rights and anti-war activist; a revolutionary. The idea that her music is being used to soundtrack scenes featuring predominantly white women's liberation (as well as the love story of religious fanatics about to put in place a regime that incorporates slavery into its foundation), is not simply another feature of an at times annoying soundtrack. (Like, seriously? Does "Heart of Glass" really need to be playing when glass—and hearts—are breaking? Really?)

Rather, Simone's addition during these times of the show reveals a level of tone-deafness about what her music really means and what it was intended to represent and for whom, namely, revolution for those who have been historically and systemically oppressed in the dystopia that exists in the real world, not just one on TV.