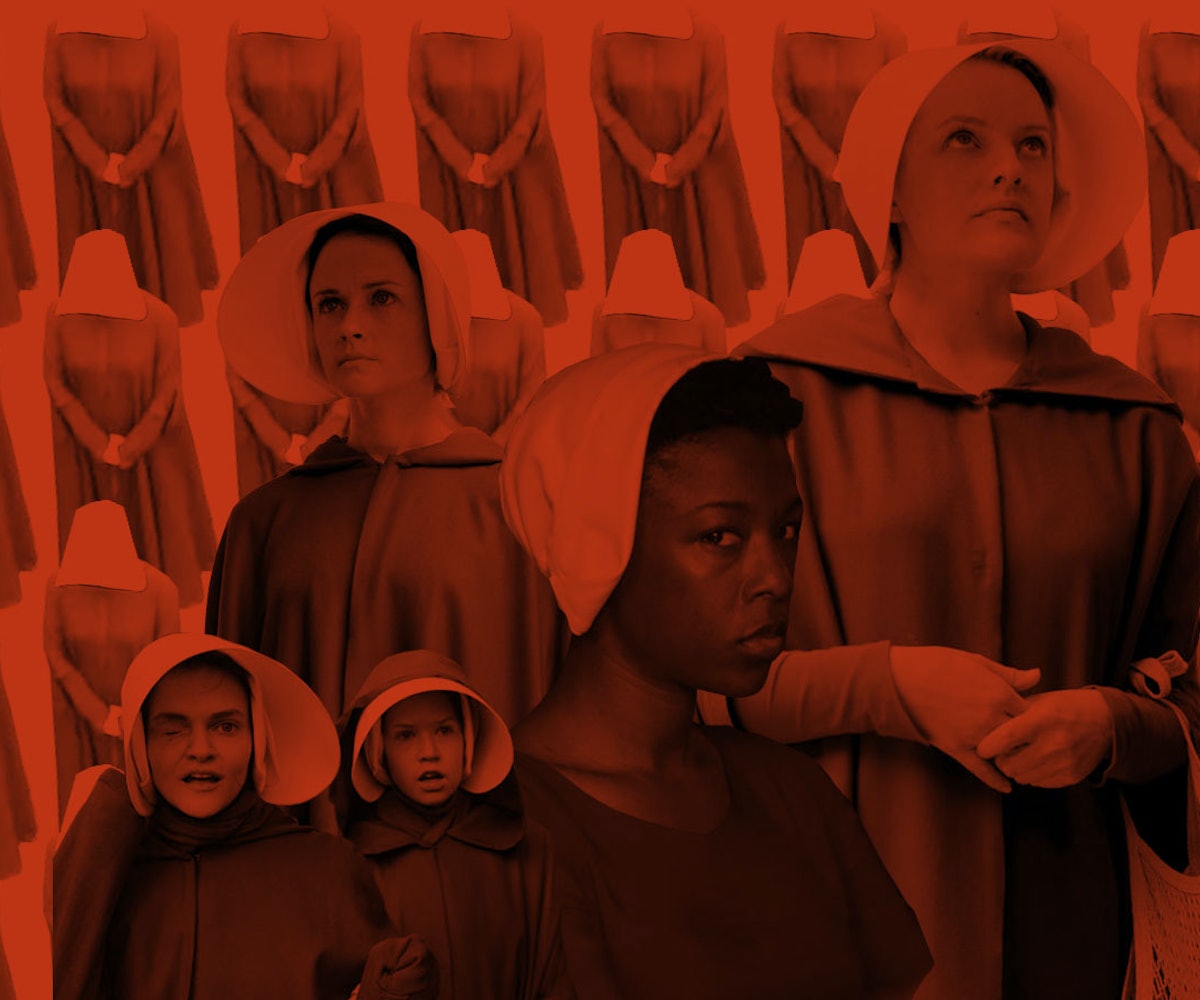 One of the many bitter, confusing aspects of last November's presidential election was the way in which it unleashed within us waves of nostalgia for things we hadn't even believed in to begin with, like the potential for a post-racial America. You remember the concept of a post-racial America, right? It was briefly, bizarrely discussed as if, following the election of Barack Obama, it were a new utopian reality into which we would soon be entering.

Of course, the idea that the incredibly divisive, racially politicized 2008 election was a positive bellwether, signaling an advent of a sort of national color blindness, was, even at the time, instantly absurd and obviously reductive to anyone who had even a modicum of social and political awareness. But now, when white supremacists are openly staging massive rallies to protect statues of Confederate generals and our current president benefited from the endorsement of a noted leader of the KKK, it's hard not to think about that long-ago, misguided notion of the possibility of a post-racial America, and find it at once heartbreakingly quaint and wildly infuriating. Like, was there ever a time when people were that innocent? And also: Was there ever a time that people were that... innocent?

But just when it seemed like all potential visions of an American post-racial utopia were relegated to history's dustbins, a new imagining of a society unburdened by systemic racism emerged in the most unlikely of places: as part of Hulu's dystopian television drama, The Handmaid's Tale. Set in the fictional republic of Gilead, a nation founded by religious fundamentalists who have exploited an Islamic terrorist attack for their own political gains in the already environmentally devastated United States of America, The Handmaid's Tale relays the first-person account of Offred, a young woman who is part of a select group of fertile women assigned to try and bear children for the sterile elite classes of Gilead citizenry.

The television show is based on Margaret Atwood's 1985 book of the same name and differs from the original text in many ways, most of which are reflective of the fact that it's a TV show being made in 2017. This means that there are plenty of nods to current technology (Tinder and Uber are both referenced), but also that the glimpses we get of pre-Gilead America showcase a level of social diversity that was still somewhat uncommon in '80s popular culture, and is instead more reflective of how urban, educated Americans are portrayed (and, of course, live) today, i.e. with friends of different ethnicities and sexual orientations and romantic partners of different races.

This is perhaps what makes the pre-dystopian flashbacks the most riveting scenes in Hulu's reimagining of Atwood's book; seeing future-Offred June (Elisabeth Moss) socializing and later protesting the new political decrees with her best friend Moira (Samira Wiley) is powerful because of how easy it is to identify with what's happening. These scenes are instantly familiar, it is possible for any politically engaged young woman to imagine herself in the same circumstances; these are our lives, before the fall. This ability to see ourselves on-screen is, at least in part, one reason why Hulu's The Handmaid's Tale is so chilling; relatability is a key part of any horror narrative, the stakes need to feel real.

And it's this desire to reflect a racially diverse America in order for viewers to be able to see themselves that was part of Hulu's mission when they altered the narrative of Atwood's novel, in which the "Children of Ham" (i.e. black Americans) were sent off to "recolonize" middle America and Jewish Americans were put on a boat to Israel, both facts of which were offered up in the book as small asides to explain the lily-white dystopia that was Gilead. But as The Handmaid's Tale executive producer Warren Littlefield told me recently, they wanted to do something different with the TV show. Littlefield said, "We wanted it to reflect the world that we all live in today. And once we made that determination, and we discussed it with Margaret, she embraced it and said, 'I get it. I get it for what you are doing for this television series, that that’s the right call.' Our sense was that would be a stronger attachment for the audience, to imagine themselves in this world."

It is all too easy, especially thanks to current political realities in America, to see our society in the events unfolding in the show, and the diversity on-screen is a part of that. Because while Atwood's decision to make Gilead a racially "pure" society is one that is rooted in historical events (in fact, as Atwood has explained, all of the different atrocities seemingly inherent to Gilead were drawn from historical precedent, ranging from events in Nazi Germany to those in colonial America), in the current surreal political cycle, people of color are highly visible in the ongoing fight against Donald Trump; leaders in movements like Black Lives Matter and the Women's March are black and brown women. It is impossible to imagine any sort of contemporary (or, for that matter, historical) resistance movement without including people of color, and it is impossible, therefore, to imagine a modern version of The Handmaid's Tale that does not reflect that; any absence of women of color, or their relegation to a footnote in a larger narrative, would have felt egregious, and irreparably jarring.

And yet, it is impossible to deny that the presence of women of color in the television show is also jarring. The history of black women in America, particularly with regards to their treatment at the hands of right-wing, conservative, religious fundamentalists, is one of subjugation—economic, social, and, of course, sexual. Rape, forced pregnancies, lack of employment and educational opportunities, a ban on being able to read, barred access to maternal health care, stolen children, these are all things that America's women of color have endured under the white supremacist patriarchy in which we have long lived. These are also all things endured by the Handmaids of Gilead. This is why, in fact, even in Atwood's all-white Gilead, the subjugation of women of color, specifically, was always an important undercurrent. There might not have been any black women on the page, but their historical suffering was still present, only Atwood demonstrated its cruelties by inflicting those evils on white women of relative economic and educational privilege.

This was always something that bothered me about Atwood's novel, the way in which it often felt like racism tourism masquerading as a problem of sexism, all in an effort to scare privileged white women into feeling like... what? Their lives might one day be as bad as those of the WOC whose oppression they had historically contributed to? (Suddenly "bothered" feels like far too weak a word.) This approach, of removing black people from the narrative, is thus the total opposite of intersectionality; by erasing everyone who is not a white woman, so as to better demonstrate the ways in which a woman's body can be used against her by men in power, the original Handmaid's Tale denied the actual experiences of millions of women.

There are, of course, echoes of this in the TV show; by centering the story around a white woman, it risks denying the actual history of the victims of sexual subjugation, and how frequently it has been wielded as a tool against WOC. Yet the character of Moira goes a long way toward ameliorating that. While Moira could potentially read as a stereotypically "sassy sidekick," thanks in part to Wiley's brilliant acting but also the richness of the role, which is one of the most nuanced in the series, she does not. Moira's initial cajoling of June, when they are both held captive in the Red Center, where fertile women are trained to be Handmaids, to play along with what those in power want, and Moira's subsequent refusal to submit to the atrocities planned for the Handmaids and her ultimate escape, all demonstrate the ways in which WOC are forced to bear the burden of being teachers to white women who refuse to understand what is going on right in front of them, perhaps because they still retain hope that they will once again be in a position of power. Is it in any way fair that this is what WOC are forced to endure, on top of everything else? No. But it is reflective of reality.

Further reflective was the decision to incorporate men of color in positions of power in Gilead. While the show has not revealed, at length, any powerful men or women who are not white, there are many Guardians (the Gilead police force, essentially) who aren't white, and this decision was deliberate. Littlefield says, "We look at the Alt-Right, we look at those forces that are rising up, they’re more inclusive. They’re trying to draft their philosophy and their doctrine to a wider support base, and so that was part of our logic" in making those casting decisions. One of the most insidious elements of the current administration's rise to power has definitely been its pretense of inclusivity; in an effort to attract a diversity of support, gestures have been made to attract LGBT voters and black voters, even though Trump's agenda—and many of his supporters—is virulently bigoted, and his vice-president is notably homophobic. But cognitive dissonance is a key aspect of dystopias, both fictional and actual, and it is fascinating to see how this messiness will continue to play out on TV. (It is a little less fascinating and more horrifying to see what happens in real life, but so it goes.)

The surreality, then, of a "post-racial" Gilead is part of the larger point of this adaptation. I was initially skeptical of how the show would pull this off, worrying that by diversifying the cast, the show was using a simplistic diversion technique to distract from the troubling ways the original text co-opted historically oppressed women's struggles in a white woman-centered narrative. And, as with any narrative revolving around a struggle for freedom, there are some reductive elements to it; the girl power angle, what with the whole "Don't let the bastards grind you down" tag, can feel a little on-the-nose. But by destabilizing the overwhelming whiteness of the original text, The Handmaid's Tale adaptation makes complicated an aspect of the book that was overly simplified, making the story more compelling on the whole, and, ultimately, far more relatable—and thus terrifying—than it otherwise might have been.