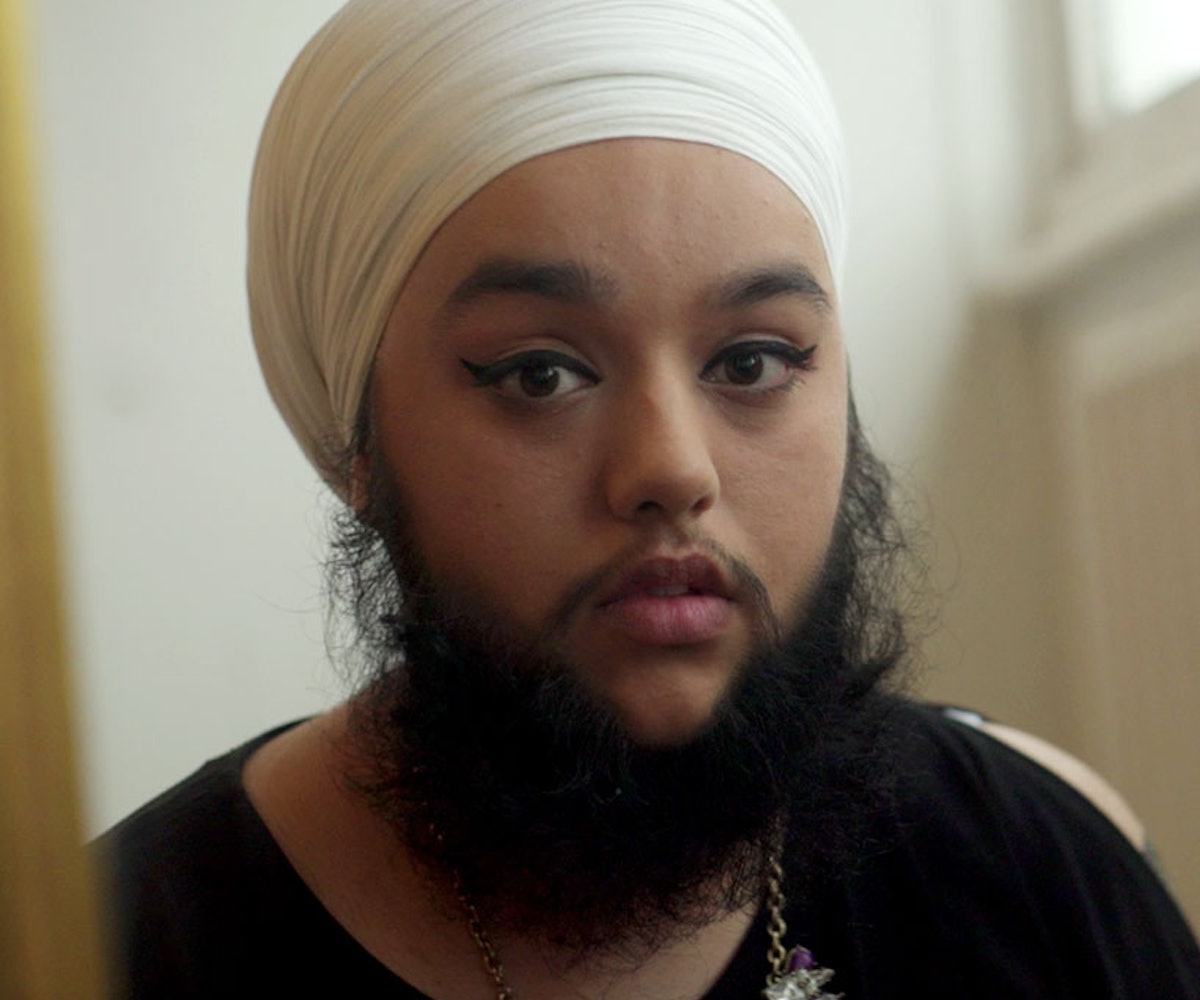 Harnaam Kaur has a beard. She is a model, an activist, an anti-bullying and body confidence advocate, a sister, and a friend… but all most people can focus on is her beard. Artist Aisha Mirza is different though; Mirza has been following Kaur’s career for some time, and the film Fuck Me or Destroy Me is the result of their creative minds, come together.

Mirza’s work has explored the varying narratives attached to body hair, gender, and race. In Mirza’s words, they have trouble with the “absurdity of the body hair norms women and femmes are forced to subscribe to,” and “how successful the project of body hair removal has been globally.” In more recent years, Mirza’s work has honed in on the specific experience of being black or brown and queer/trans, and the complicated relationships with body hair that come with these identities. Mirza is “really interested in the mental health impacts of body hair norms, what it means to be hated for such an abundant part of your body”.

The film follows Kaur for a day from home and into the streets of London, where she’s stared at incessantly by all who pass; the viewer is able to share in the exhaustion of this experience thanks to the camera, which follows behind and captures every stare along the way. It ends in an arcade where Kaur plays a game, and smirks for the first time, before taking back to the streets, now cloaked in night; free of the judgemental denizens of the city.

Mirza says, “I wanted to make a film where Harnaam did not have to be strong, and did not have to explain herself. I wanted to create a space where Harnaam could be looked at, and look back, and also just exist.” The only vocals attached to the film belong to a musical track, a collaboration between producer TYGAPAW and Mirza, who wrote the lyrics, which they also sing, that acts as a stand-in for Harnaam's voice.  Mirza chose to utilize a musical format instead of making a traditional documentary because they think music is healing and accessible.

“For me this video is about catharsis, healing from a world that wants to label you as a gender terrorist or a religious terrorist, that wants to fuck you or destroy you. Sometimes words alone aren't enough.”

This film stands as a false liberation, meant to showcase how Harnaam “can work so hard to reject and restructure societal oppression, and yet still be defined by her otherness. How her extraordinary personhood is built on something that never should have been extraordinary. After a lifetime of being looked at, this film gives Kaur a chance to look back.”