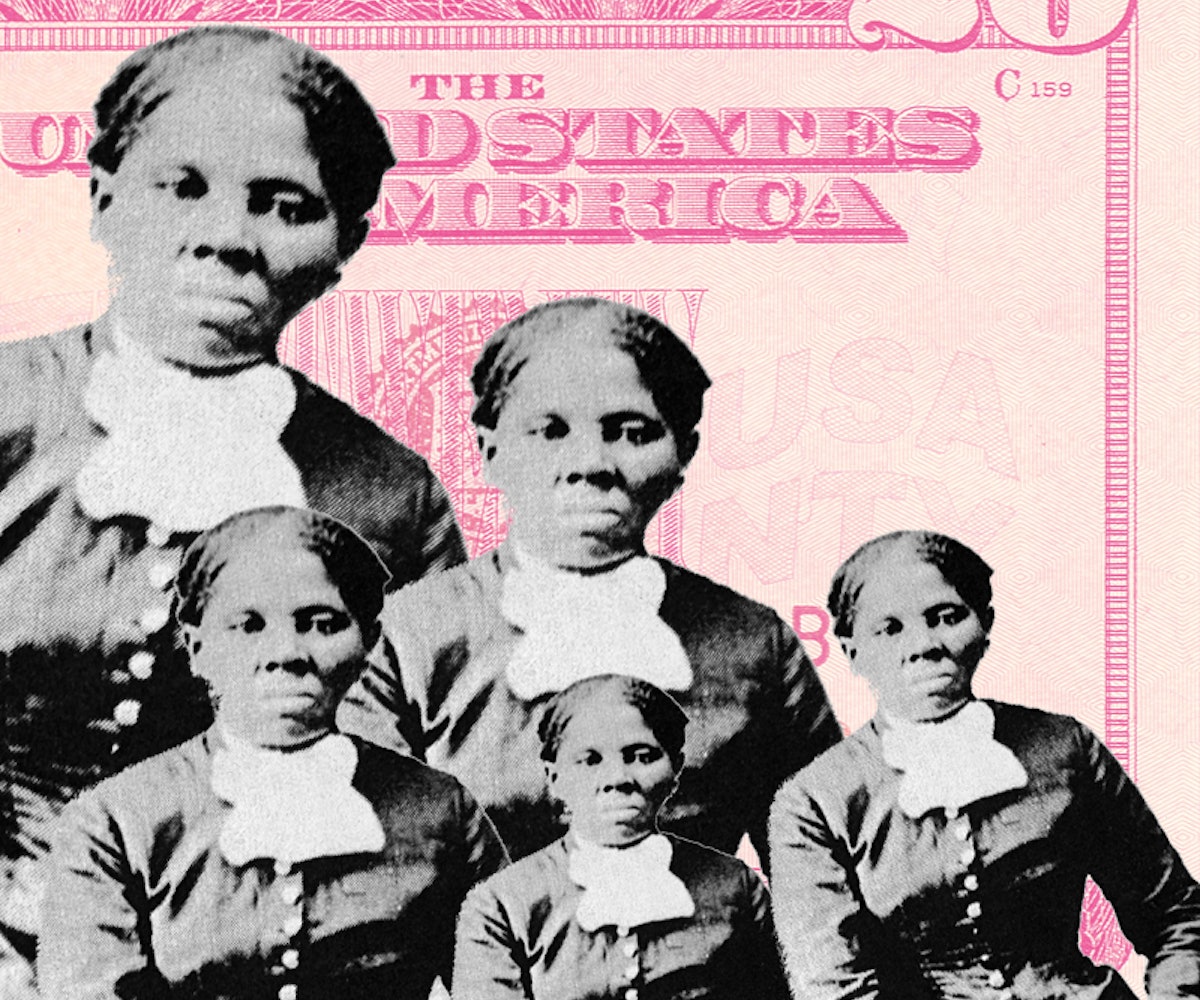 Today, the U.S. Treasury Department announced that Harriet Tubman will replace Andrew Jackson on the $20 bill. Treasury Secretary Jacob J. Lew delivered the news in an open letter this afternoon, and we are absolutely thrilled, to say the least. If anyone deserves a bill of their own in this country, it's an African-American woman.

Of course, opposing views to the change have already been rolling out, but some of them bring up valid points. The Washington Post argued that Tubman "did not fight for capitalism, free trade, or competitive markets" so having her on our currency "cover[s] up our nation’s reality of historic and lingering disenfranchisement."

For those who are outraged by the loss of Andrew Jackson, it's hard not to forget that he was a slave owner and committed atrocities against Native Americans among other crimes against humanity. As a country, we should have moved on from him by now. Alexander Hamilton shall remain on the $10 bill, but leaders in women's history will be included on the back... for now. (Hamilton's creator, Lin-Manuel Miranda actually spoke with Lew about keeping Hamilton on his bill.) The $5 bill will be updated to feature civil rights leaders.

We're not sure when the Bureau of Engraving and Printing is planning on introducing the new bills, but if they wait until 2020 then it will align with the centennial of the woman’s suffrage movement and the 19th Amendment to the Constitution. Salutes to the nonprofit organization Women on 20s for all of their campaigning—it certainly paid off.

Let us celebrate this glorious day and throw our twenties in the air. Rihanna and Harriet Tubman saved 4/20 for us all.

UPDATE 4/20/2016 4:20PM: The U.S. Treasury Department revealed that Martin Luther King Jr., Eleanor Roosevelt and Marian Anderson will be featured on the new $5 bill. Images of Lucretia Mott, Sojourner Truth, Susan B. Anthony, Elizabeth Cady Stanton, and Alice Paul on the back of the $10 bill. An image of Andrew Jackson will appear on the back of the $20 bill, and Harriet Tubman's portrait will be displayed on the front. For more information on all of the updateded bills, check here.