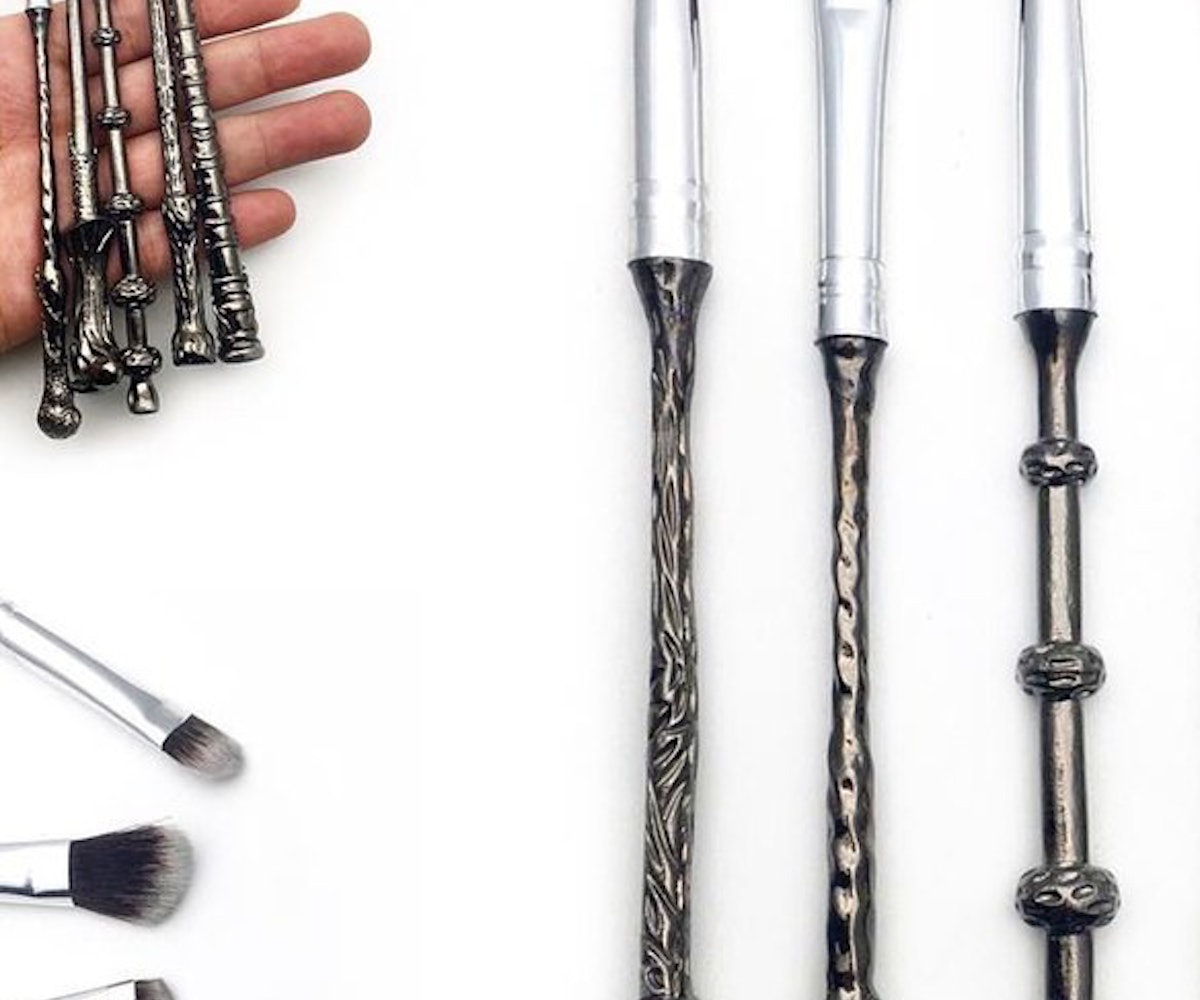 You may not have heard of Storybook Cosmetics, but that's about to change. If you have Harry Potter fever like us, you've probably already seen the faux palettes and all the Harry Potter-inspired makeup that's been littered across the internet, but now the brushes are really happening.

Storybook Cosmetics is responsible for making a set of Harry Potter makeup brushes, which will be released in six weeks or less according to an Instagram posted by the owners. Since the "prototypes have been approved" and are ready to be unleashed, the company warns fans to who want to get their hands on them to be proactive. "They WILL sell out," their post says, "so, keep an eye on the page in the coming weeks! (We did our best to produce as many sets as possible!)"

Storybook Cosmetics was created by sisters Mandy, Missy, and Erin Maynard of Omaha's The Geeky Cauldron. They're known for making fandom products like jewelry, scarves, and phone cases, so it's not entirely surprising that makeup is their next endeavor. They've also sketched out something called a "Sorting Palette" (a pun we can absolutely get behind).

Plus, it looks like they've also come up with a Mean Girls-themed palette that might become a reality (depending on licensing), according to another Storybook Cosmetics Instagram post. We're dying for this to happen, unlike fetch.