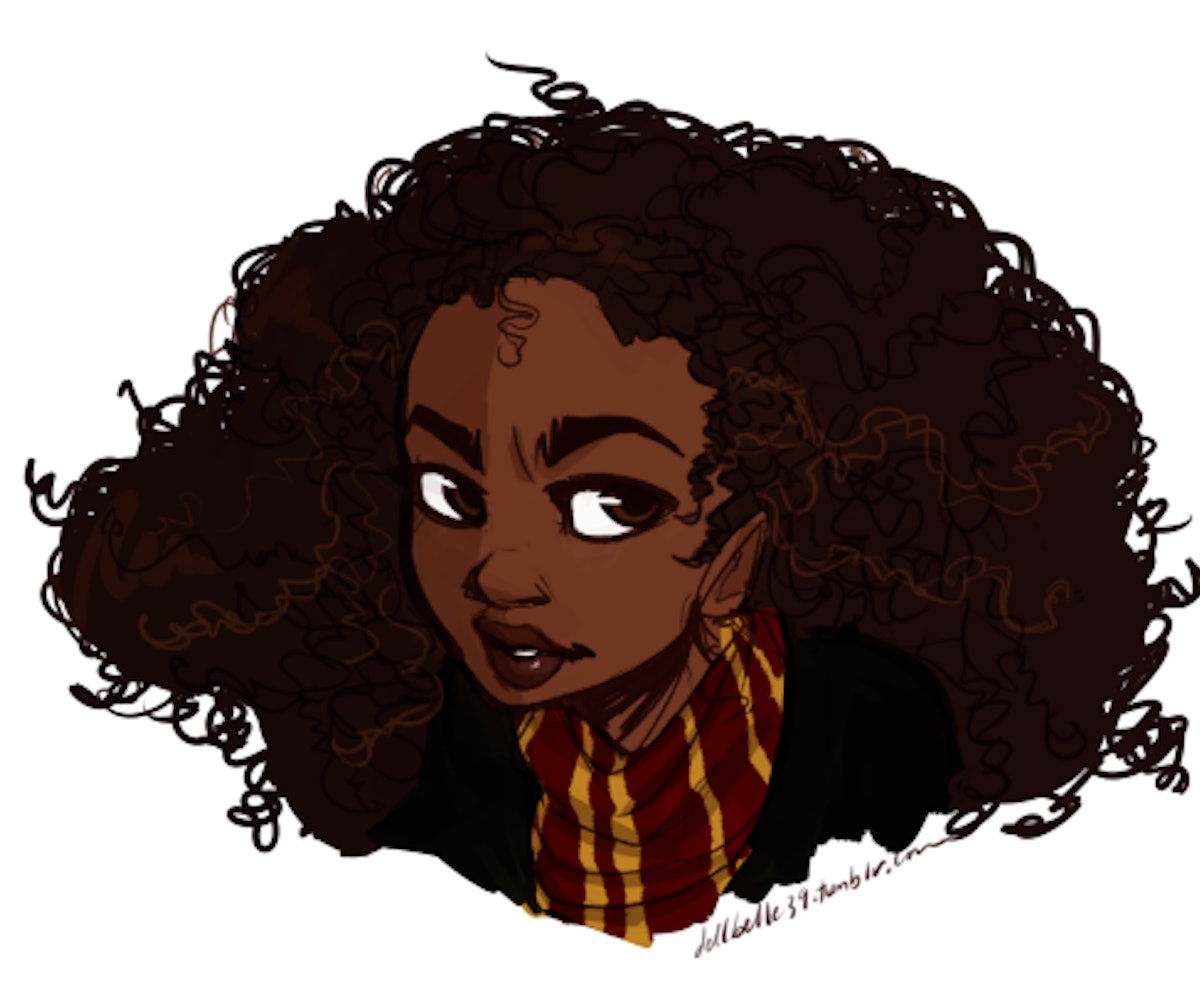 Harry Potter is a series that can do almost no wrong in our hearts. Almost. The truth is, that no matter how amazing as the movie franchise is, we can't help but be bothered by the mainly white cast of the films—especially because in the original books, J.K. Rowling never actually designates the characters to be strictly white. So what might it look like for the Harry Potter cast to be represented by a variety of racial backgrounds?

Some fan artists on Tumblr took it upon themselves to address the question by creating amazing new artwork that depicts the characters of the beloved series as people of color. There is a mixed-race Harry, whose father is black and his mother is white. There is black Hermione, and even a more minor character, like Lavender Brown, is imagined with a vibrant, bi-racial background.

With the lack of diversity in films, it's important to start recognizing that people of color should be more actively and accurately represented in movies. We hope it will be made possible, one Tumblr fan art at a time.