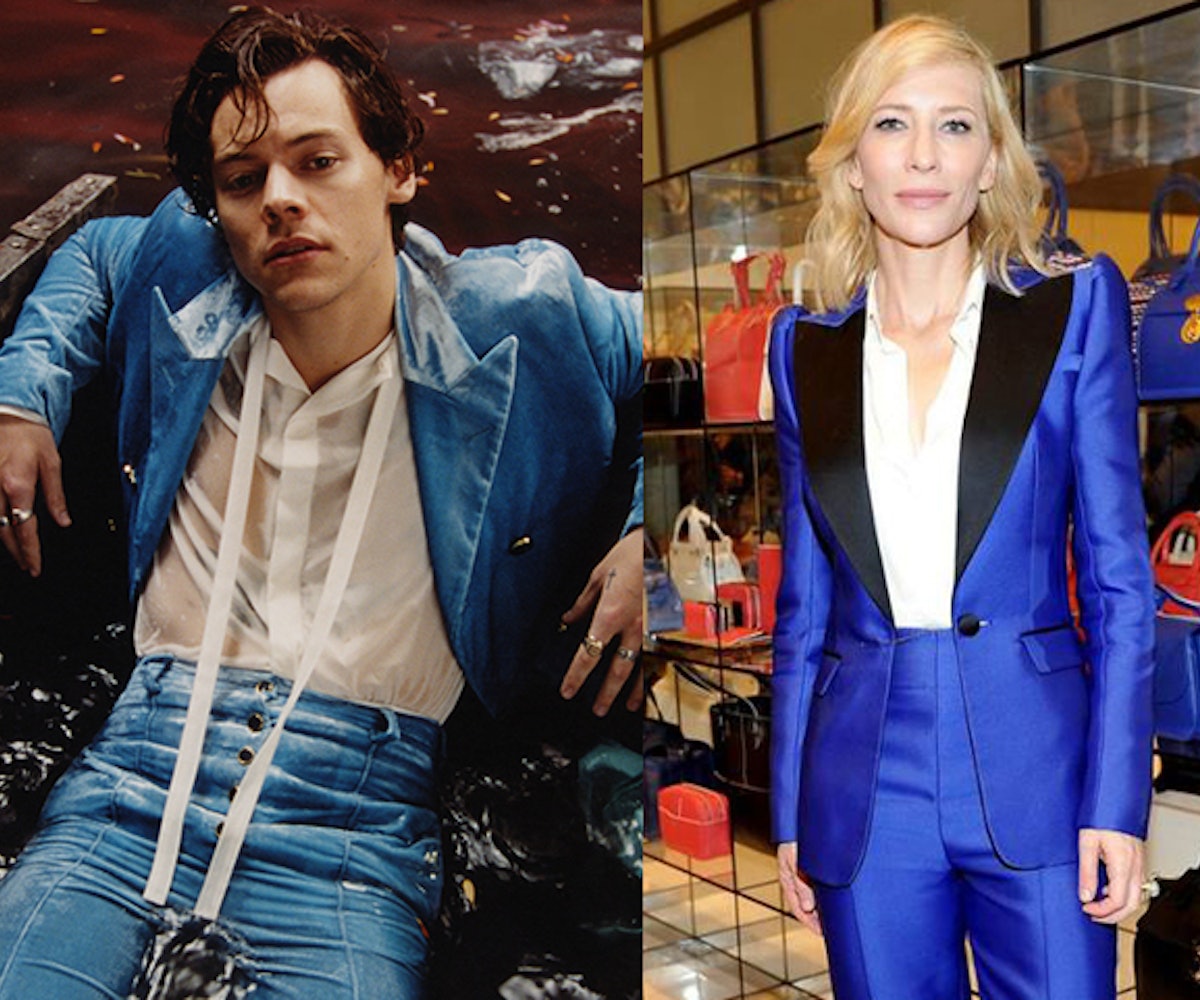 You know what makes Harry Styles beautiful? His knack for dressing like Cate Blanchett. Wait, or does Cate Blanchett dip her toes in Styles' style pool from time to time? Oh dear, what a time to be alive.

What makes the internet beautiful is the very fact that someone discovered this unlikely pair's fashion similarities and has put in the work to prove it. Fiona S, from London, shared her revelation via Twitter earlier this year. Three photos of Styles sat above three photos of Blanchett, each corresponding to respective similar outfit choices. So far, Fiona has shared over 60 comparisons, ranging from almost uncanny similarities to cheeky nods, like a blouse color or embellishment. "I love both Cate and Harry's style, so I always pay attention to both," she tells NYLON. "Which is why when Harry wore that beautiful pink suit for his Today Show performance in NYC I remembered that Cate had rocked something very similar before (it's not the kind of suit you forget)."

And down the rabbit hole, Fiona went! Thanks to Styles' album release cycle, he was serving look after look, giving Fiona more fuel for her fire. "I just love the idea that Harry might secretly have a Pinterest board of Cate's looks that he's working his way through and that he would (quite rightfully) look up to her as the style icon that she is," she says.

Not only is it a brilliant use of the Twitter thread function, but it's a fascinating sartorial dive into two of the world's most beautiful people, ever. (This writer may or may not have had an epiphany regarding Styles' looks while picking up what Fiona was putting down.) "I'm convinced I'm onto something," Fiona adds, "and I plan to continue tweeting until they star in a movie together and coordinate their looks on the red carpet." Hey, it could happen.