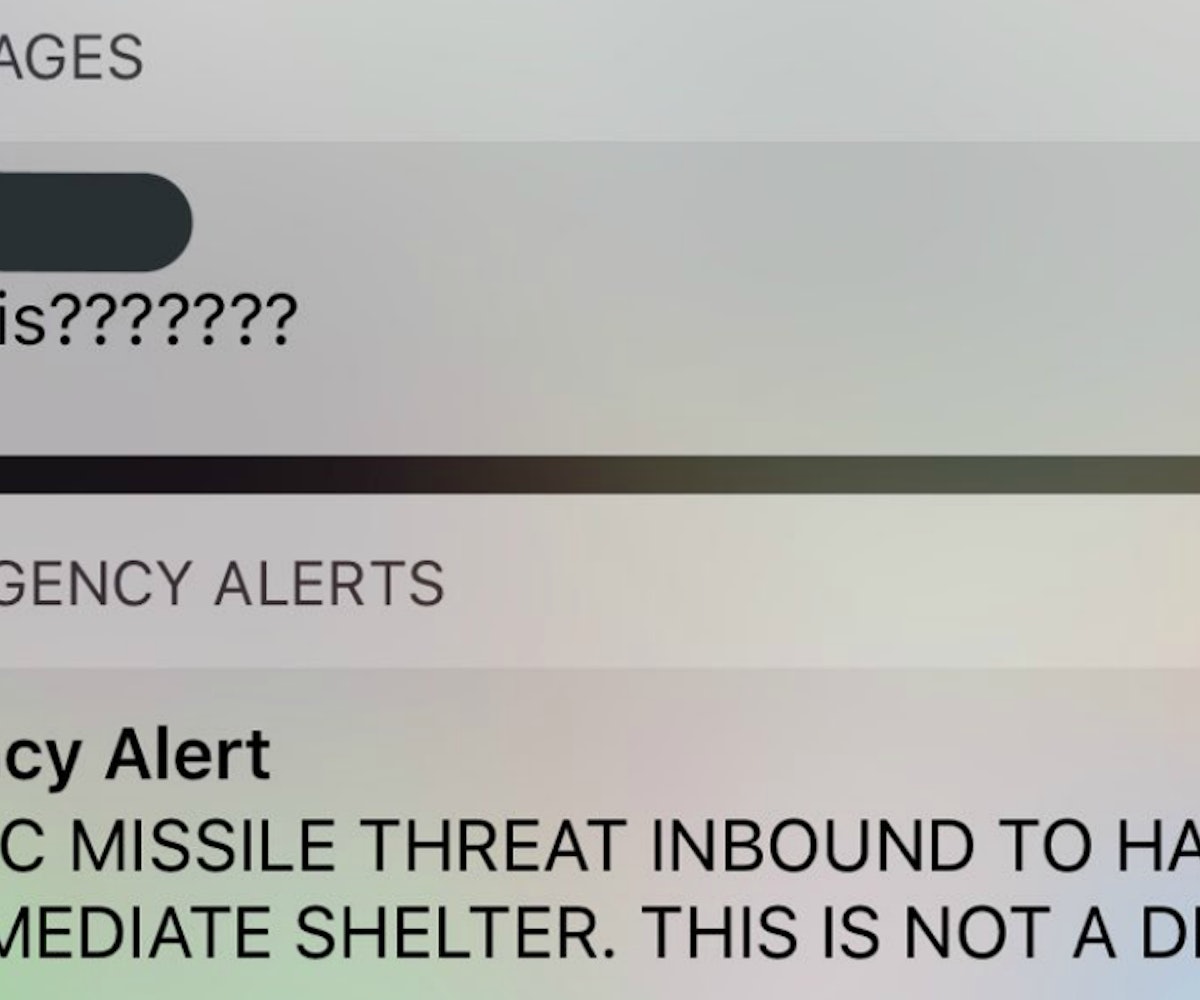 Early Saturday morning, Hawaiians woke up to a terrifying emergency alert on their phones: "BALLISTIC MISSILE THREAT INBOUND TO HAWAII. SEEK IMMEDIATE SHELTER. THIS IS NOT A DRILL." Naturally, everyone panicked. People fled to basements and garages in terror and sent frantic "I love you" texts to family members. More than a half hour passed before the Hawaii Emergency Management Agency revoked the alert, saying it was sent in error.

“What happened today was totally unacceptable,” Governor David Y. Ige said during a press conference. “Many in our community were deeply affected by this. I am sorry for that pain and confusion that anyone might have experienced.”

Despite being many people's nightmare realized, the ordeal came down to a simple human error. “Someone clicked the wrong thing on the computer,” Richard Rapoza, a spokesman for the agency, said.

Thankfully the agency has already instituted a system that makes the "wrong thing" harder to click. Two people now need to sign off before such an alert is sent. (Seems like that should have been the original policy with something as serious as this, but okay.)

State officials also explained that it took so long to revoke the erroneous alert because of a flaw in the alert system. They said they're working on the issue so that correcting these mistakes will be easier in the future.

The people of Hawaii have already been living on edge since Trump took office and started to attack North Korean leader Kim Jong Un and provoke nuclear war via Twitter. Now, I'm sure, their nerves are shot.

“We fully felt like we were about to die,” Allyson Niven, who lives in Kailua-Kona, told the New York Times. “I drove to try to get to my kids even though I knew I probably wouldn’t make it, and I fully was visualizing what was happening while I was on the road. It was awful.”

We cannot even imagine what the people in Hawaii felt. Now when someone asks, "What would you do during your last moments on earth?" they don't need to imagine—they have an actual answer. In this case, some people chose to be close to the ones they love, others did shots of vodka.

Let's hope this isn't a dry run and we never have to know what it feels like if this alert were real.