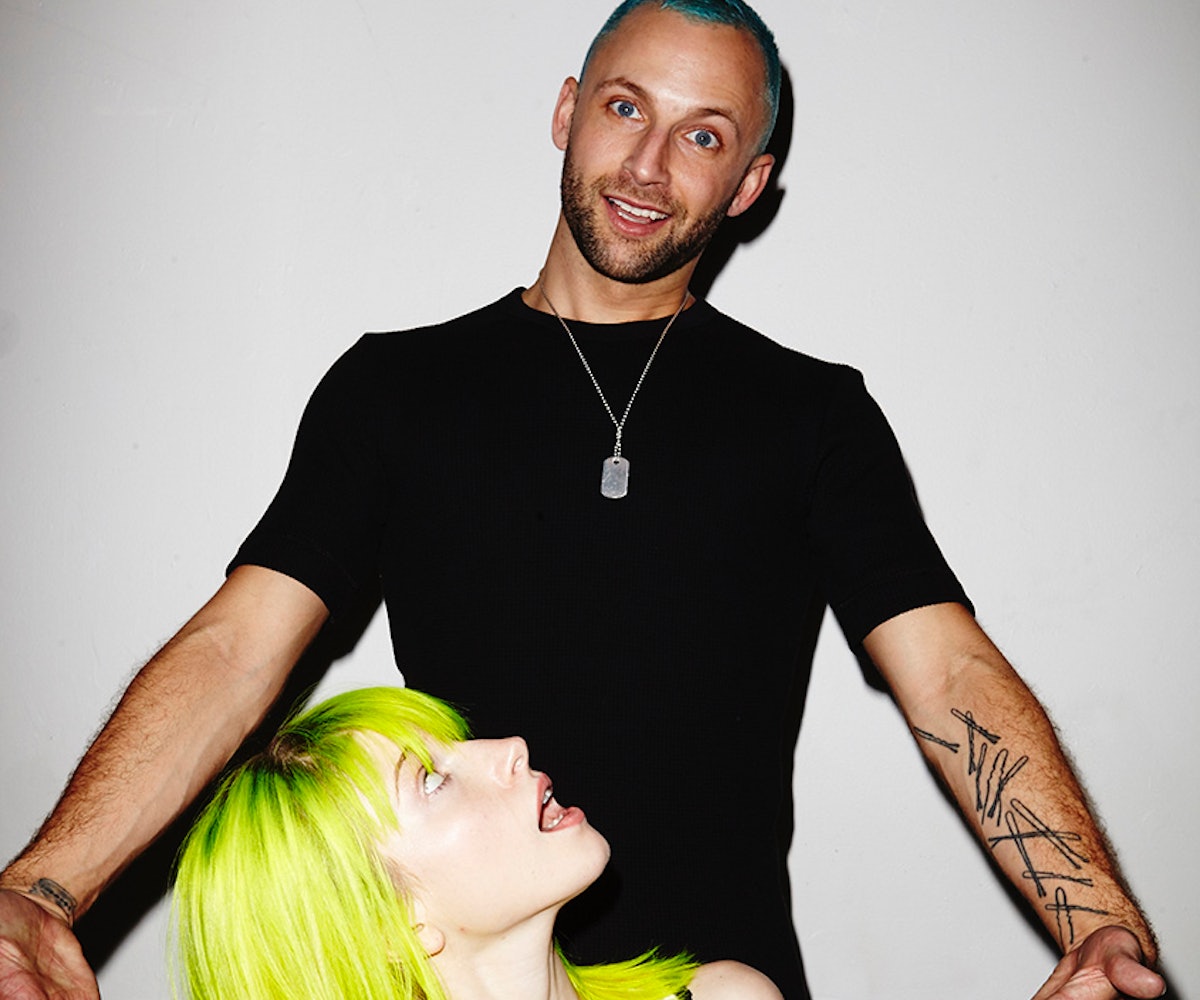 Hayley Williams of Paramore has just made a huge announcement—and while it may be somewhat unexpected, it totally makes so much sense. Known for her signature orange hair (shades varying over the years), Williams' launching her very own DIY hair color line this May, fittingly called Good Dye Young, with her Nashville-based colorist and close friend, Brian O’Connor, along with L’Oréal alum Erik Hoover.

The line is meant to not only represent her personal style, but also the youthful community of her fans. “We aren’t afraid to stand out from the crowd; in fact, we prefer it," she said in a press release.

Instead of choosing to announce the big news on social media, Williams first told those who mean the most—her most loyal fans attending Parahoy!, the four-day Paramore fan cruise from Miami to Mexico that’s filled with concerts and events featuring other bands such as Chvrches and New Found Glory. She announced the launch during the cruise’s departure concert.

Last night’s Parahoy! event was Paraprom, a prom-themed dance party complete with a winning king and queen. Leading up to the cruise, Williams had asked her fans to submit photos of themselves showing off their personal style by tagging #paraprom, with two lucky winners getting makeover the day of the event. To their surprise, they got to be some of the first to use Good Dye Young products. We got an exclusive behind-the-scenes look at the transformations in action at the ship’s salon, where O'Connor used bleach, fader, and a combination of colors from the new line to bring one winner to a vibrant blue, and another to a faded lilac with electric green ends.

“Coloring my hair has been my made mode of expression since I was 13—and I think it was my mom’s favorite mode of expression because I wanted a lot of piercings and tattoos but wasn’t allowed to, but I was allowed to dye my hair. I feel like it’s a really healthy and fun way to express yourself and a really huge part of a lot of people’s lives. You go through a breakup and you change your hair, you get a new job you change your hair, you start school and you change your hair—it’s such a connected way to be who you are—I just wanted to do it my way. I also wanted to make it easier, too, because it can be so intimidating,” Williams said during the hair transformation event, adding, “I’m excited to show people that have been supporting me and the guys for so long something that I’m doing that’s outside of Paramore.”

Photo by Will Byington/Sixth Man

Developing the line was no quick feat—Williams and O'Connor worked together on creating the perfect product for four years. The end result? Five “beautifully obnoxious” shades: red, orange, yellow, pink, and blue—with loud names such as Riot! and Rock Lobster—as well as a bleach kit, bowl and mixer, and a fader (which acts as a “color without the pigment,” allowing you to lighten or pastel-ize any of the shades). Each color is “meant to intermix and be creative,” O'Connor said of the product. You can combine any of the colors giving you an endless amount of results and allowing the freedom to be your own artist.

When we asked O'Connor why the hair line took years to complete, he said, “Trial and error—finding the right fit for everything. We really wanted it to be perfect,” later adding, “She and I worked with the chemist to physically come up with the exact shades—we wanted to make it as close to our version of perfect as possible.”

Oh, and did we mention that it’s also vegan and cruelty-free? It also smells amazing thanks to the addition of bergamot essential oil to the naturally unscented dye formula.

It’s been quite a year so far for Williams. Just a few weeks ago, she said, “I do” to boyfriend Chad Gilbert of New Found Glory—throwing the ultimate punk rock wedding reception (with quite possibly some of the cutest wedding photos we’ve ever seen). She also hinted on Twitter last month that Paramore is in the process of writing their fifth studio album, even after splitting with longtime bassist Jeremy Davis at the end of last year.

The line starts at $14, and you can start pre-ordering the DIY dye from GoodDyeYoung.com starting April 15, with products starting to ship on May 15. Until then, we’ll be replaying All We Know Is Falling on repeat.