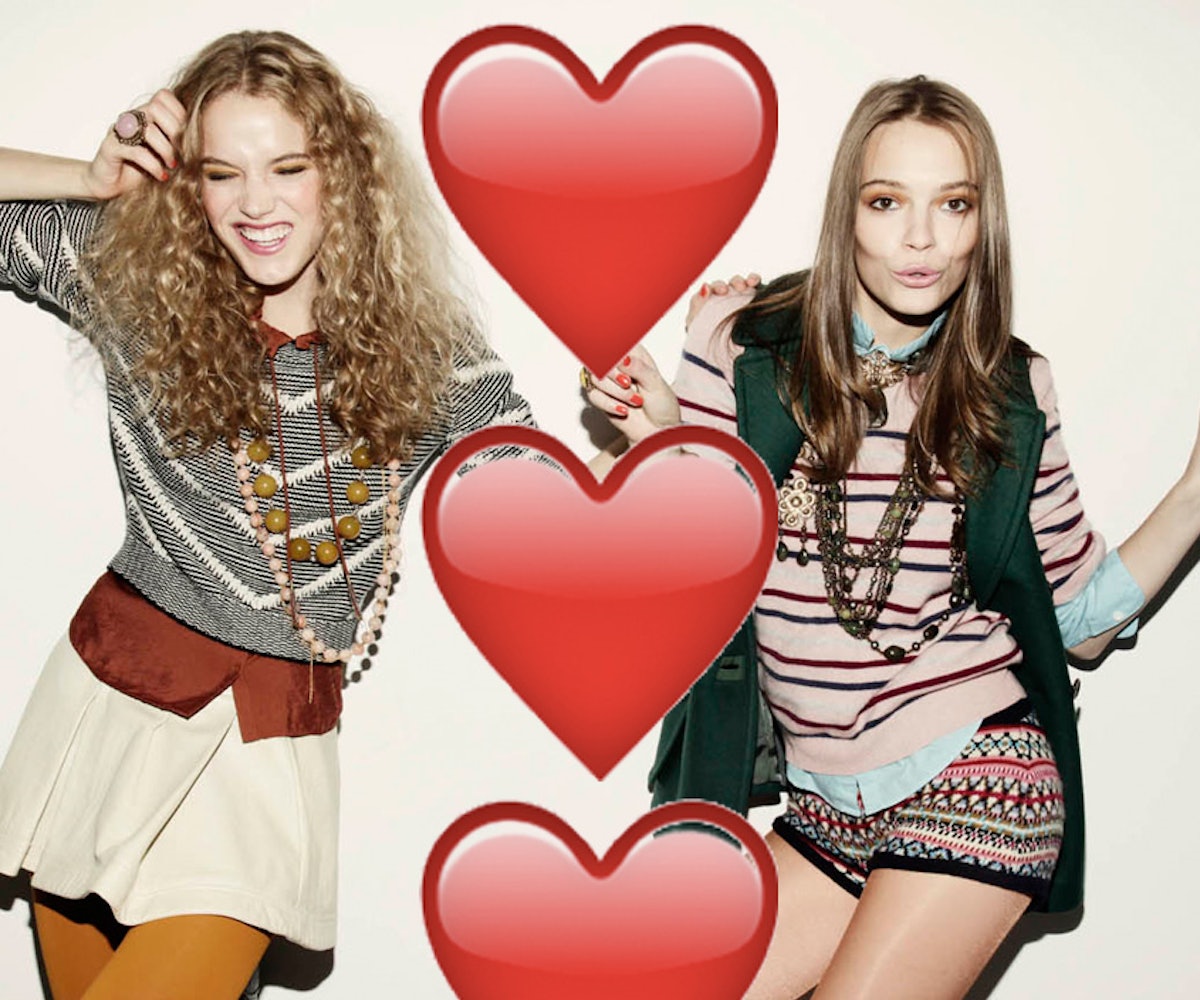 Awww: According to The Global Language Monitor, the heart emoji was the most commonly used "word" of 2014 in social media, blogs, and print and digital publications. "The heart emoji was used billions of times a day around the globe," Business Insider reports. That's a whole lot of love—or at least warm and fuzzy feeling of affection.

It's nice to know that we're not the only ones who gradually started using <3 in place of punctuation (and sometimes full sentences, cough). After all, why type out "I love you" or even "thank you so much" when you can say it all with one quick little heart? Of course, the fact that people are using a symbol more frequently than real words could be mildly alarming and kind of caveman-esque. We're not going to over-think it, though. Like the love it represents, the value of <3 is best left unquestioned.

So, will hearts continue to dominate 2015, or will a less sentimental tiny picture take its place? We're particular to the chick hatching out of the egg and also the koala face, but maybe that's just us. (via Business Insider)