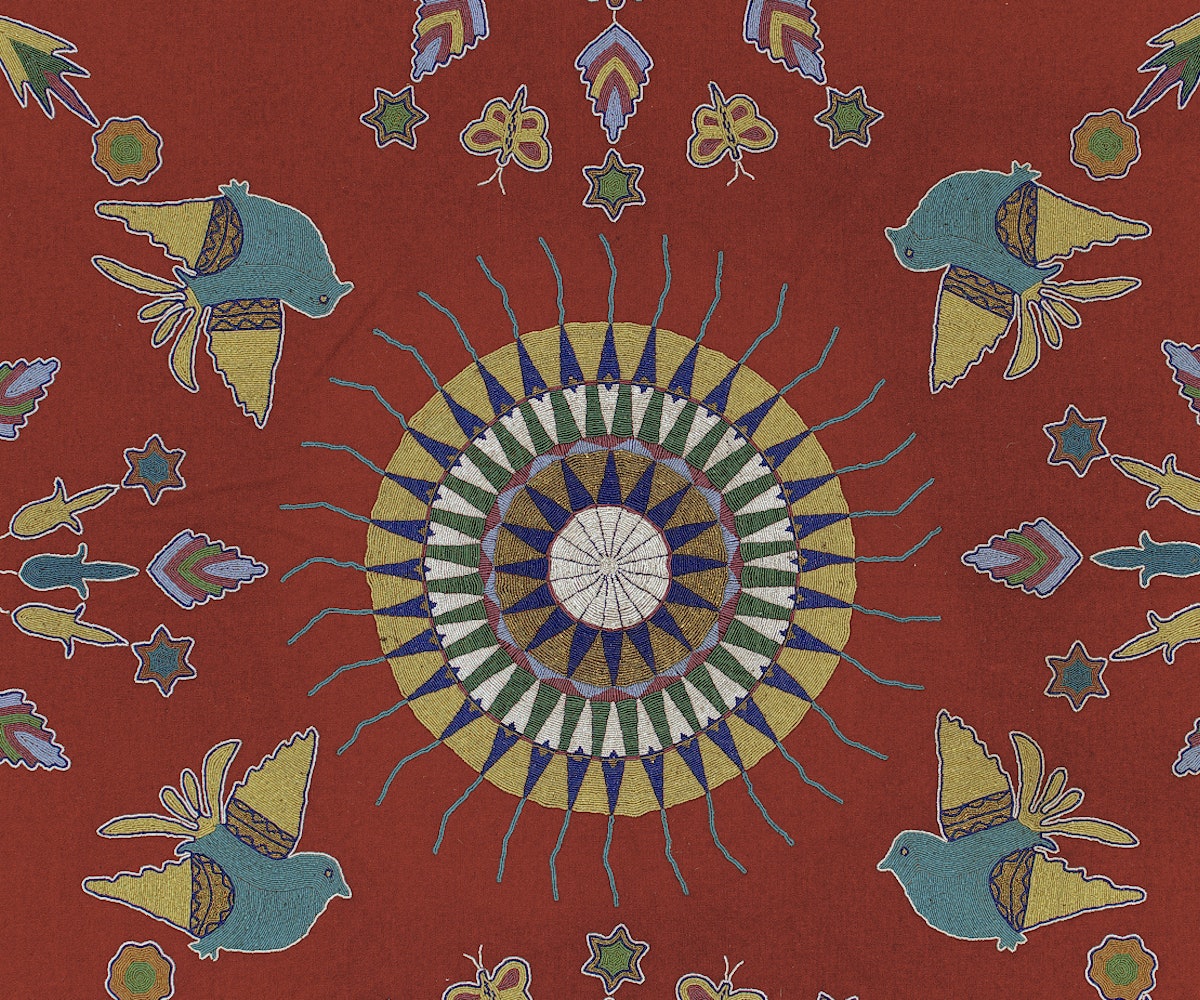 Photo courtesy of the Minneapolis Institute of Art
fb
tw

The first large-scale museum exhibition dedicated to Native American women artists is coming to the Minneapolis Institute of Art. Titled “Hearts of Our People: Native Women Artists,” it will include photography, sculpture, textile, and digital art and be the first of its kind to capture the extent to which Native women have contributed artistically. In a statement about the exhibit, associate curator Jill Ahlberg Yohe states that “women have always been central to Native art, though their contributions have largely gone unrecognized.”

Curated by Yohe, alongside Teri Greeves, "The Hearts of Our People" will feature work drawn from the museum’s archives and loaned from over 30 institutions and private collectors. In addition, two new pieces have been commissioned for the exhibit: a wool tapestry, made using Navajo techniques and practices, and a contemporary version of the traditional wedding coat worn by Osage women.

The expansive exhibit will feature representation from every region of Native North America and will be organized by three themes: legacy, relationships, and power. According to the exhibit’s press release, Legacy will “examine the ways in which Native women artists acknowledge their lineage,” Relationships will “explore the concept that bonds exist beyond the human world to include animals, the weather, the earth, and other entities,” and Power will “encompass works created for diplomacy and influence, to empower others, and for the empowerment of oneself.”

“Hearts of Our People” opens at the Minneapolis Institute of Art in May. After that, it will travel to the Frist Center in Nashville, the Renwick Gallery in Washington, D.C., and the Philbrook Museum of Art in Tulsa, Oklahoma.

NEXT UP
Entertainment
Who Will Rihanna Bring To The Super Bowl?
Life
Paul Mescal Is A Single Dad In Emotional Aftersun Trailer
Life
ask a witch love spells
Life
Manifesting Your Best Life By Working With Spirit Guides