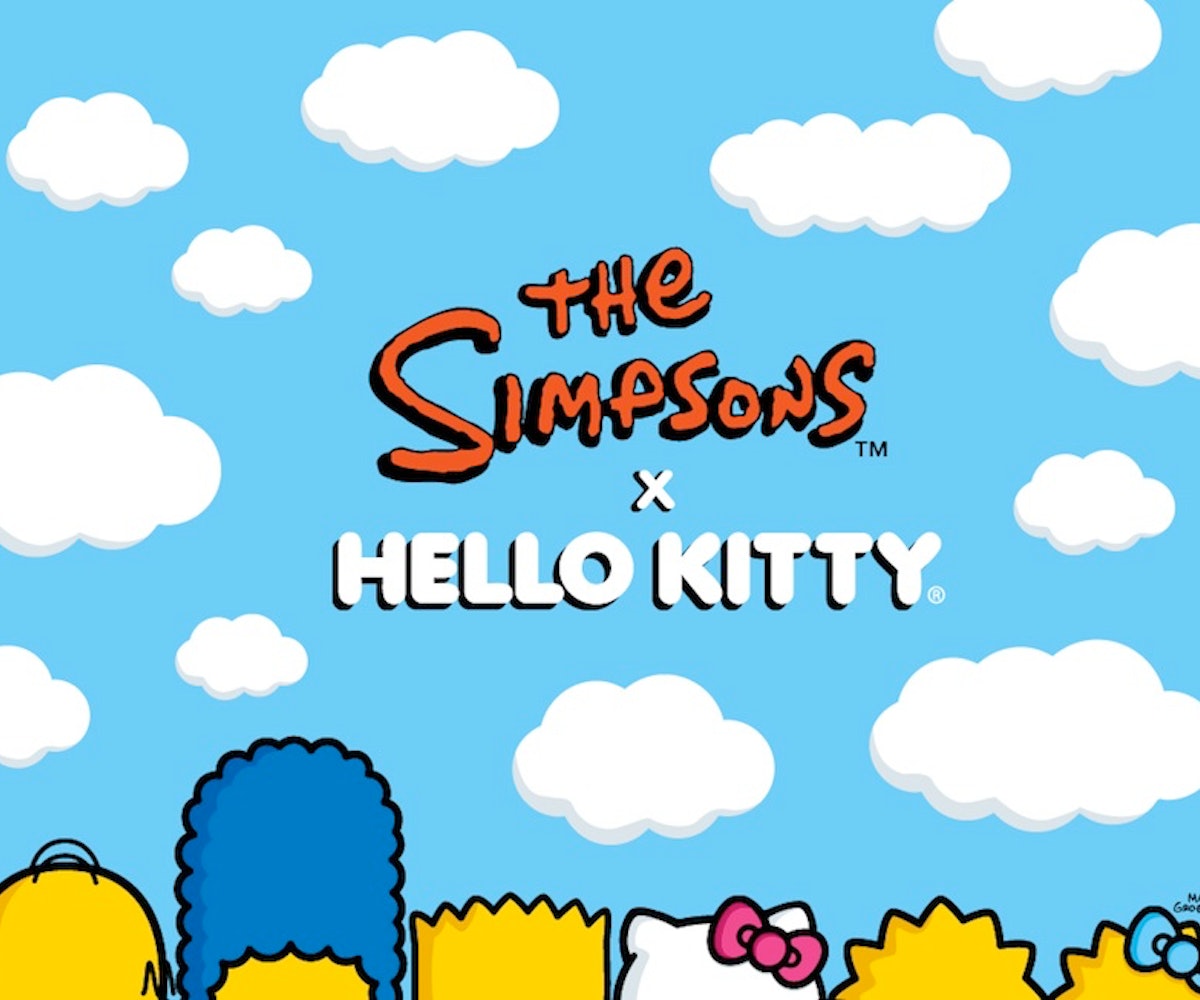 was going to be the best news this week, think again, because

and Hello Kitty are collaborating on a line of products debuting in 2014. (ZOMG!)

uring the back-to-school timeframe in 2014" timed with Hello Kitty's 40th anniversary and The Simpsons' 25th anniversary. Even if that's almost a year away, that won't stop me from dreaming up everything I hope for from the epic pairing. Just because I can already get Hello Kitty roller skates, beer, and a sewing machine, doesn't mean I don't want more Hello Kitty in my life, especially if it involves a little Lisa Simpson in there too.

Here's every single product I'm wishing for--what do you want to see from the collaboration? Tweet your hopes

Lisa Simpson might be a bookworm, but that doesn't mean she couldn't benefit from a cute Hello Kitty saxophone. Perfect for nerdy girly girls everywhere!

Boys can get Hello Kitty-ied out too! It's what Bart Simpson would do.

Guys, what if Maggie Simpson

Hello Kitty... It's all starting to make sense now. Slowly...

Hello Kitty Beer may already exist in Taiwan, but I'll happily take a cold can of Duff.

Good for busting out of school on a la Bart Simpson, great for rolling into Comic Con on dressed as Hello Kitty.

Perfect for dancing on just like Homer did in the "Big" episode.

Mo' money, mo' problems... Unless your money is printed with a Hello Kitty version of Maggie.

This one appeals equally to Simpson's fans (for it's in-joke) and Hello Kitty obsessees (who love coloring). Everyone wins!

Halloween just got a lot scarier and a lot cuter at the same time.

We're not sure what a Snowball-Hello Kitty mashup cat would look like, but we'd pay to see it.

Is Hello Kitty ready for Itchy and Scratchy's antics? Probably not, but that's why it'll be funny!

What else are you going to carry your pink Squishee in?