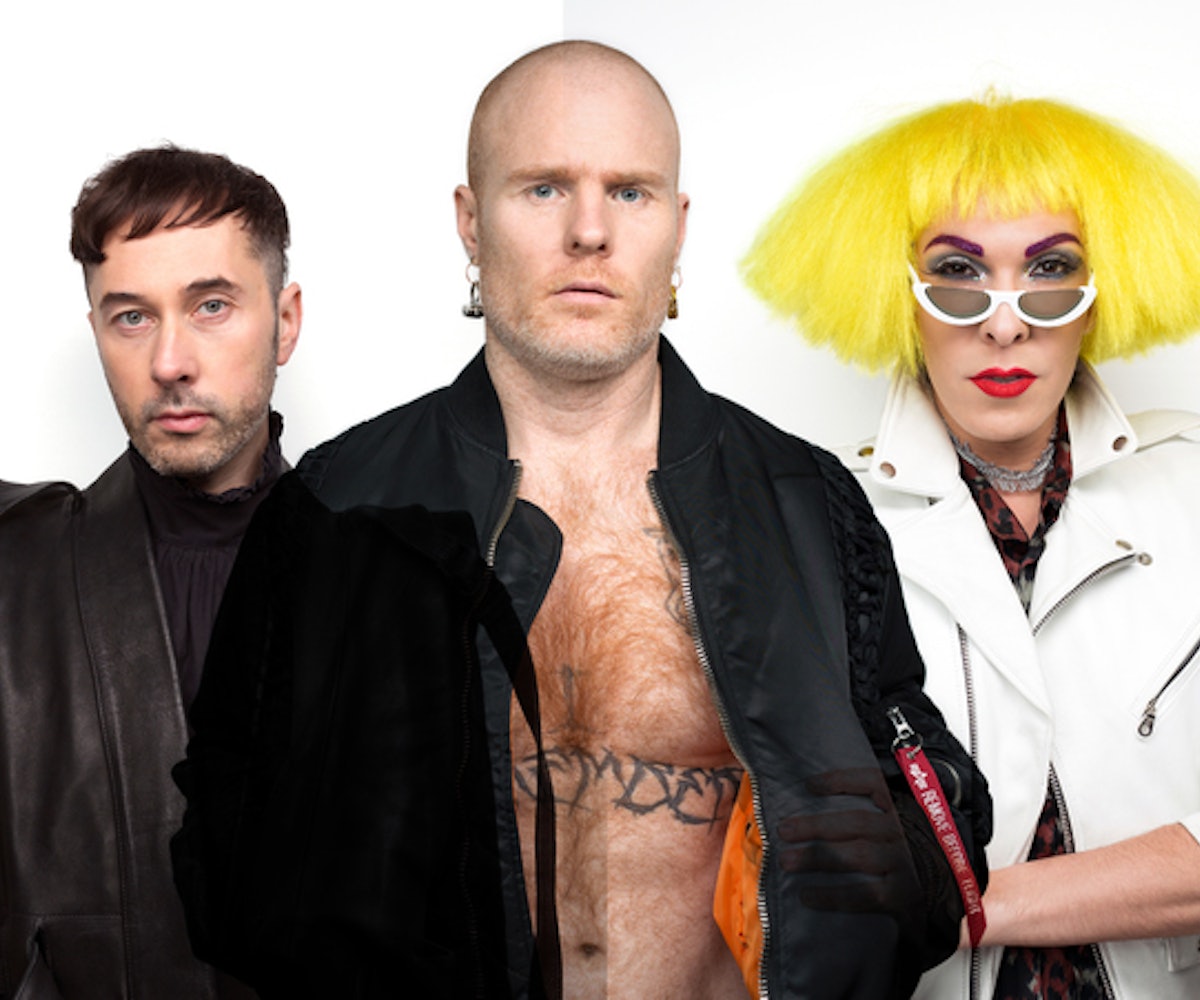 Asking if music can sound queer is like asking whether certain individuals sound queer. What does that even mean, "sound queer"? Queer artists certainly make queer work simply by identity association, but is that all there is? Robyn, for example, is a modern queer music icon whose songs populate mix after mix, club after club, and dive bar and house party playlists alike, but her music isn't necessarily queer. Same goes for Hercules & Love Affair, Andy Butler's dance music collective, which makes similar music with similarly dark themes that feel (and sound) decidedly more queer than their peers. Is it because Butler himself is gay, or is that just par for the queer course?

The reality is, of course, Hercules & Love Affair's oeuvre has its roots in disco and European house, two scenes that are intrinsic to queer history and queer community, specifically club culture. Both genres align themselves with the community, serving as escapes from hatred of and violence against marginalized groups of people. Omnion, Hercules & Love Affair's new album, takes that escapist mentality and embraces life's hardships head-on through 11 songs of expertly composed and layered, danceable productions. But just because they're escapist, doesn't mean that Butler isn't afraid to be confrontational when it comes to living his truth.

"It was a little bit aggressive at moments," Butler tells me about his coming out. "I didn't have much interest in hiding anymore; by the time I was out, I felt like I had just been chased into the closet so much that when I was ready to be out, I was out." That, of course, permeated the music Butler began making under the moniker Hercules & Love Affair. Songs like "Blind' and "You Raise Me Up" are both triumphant dance songs that bring the listener through a ringer of deeply personal and sobering emotions. "I do feel like this record is a lot more about finding my humanity and the stuff that makes me just like everyone else."

Omnion explores how humans relate to and empathize and ostracize one another outside of identity signifiers like sexuality. "Rejoice," one of the album's most celebratory tracks, is brought to life by frequent H&LA collaborator Rouge Mary, who elevates the industrial disco vibe to new gospel heights. Butler calls it one of the more spiritual songs off of the album, bent on shaking off a day's worth of microaggressions and bullshit. "'Pick yourself up'—I love that message," he says.

Picking yourself up is a theme that thumps throughout Omnion. From the political allusions of "Running" to Butler's confessional (and cathartic) "Fools Wear Crowns," the search for betterment isn't merely a suggestion here, it's a necessity. Butler tells me "International" by Orchestral Manoeuvres in the Dark was the starting point for many of the songs on Omnion, which makes sense as "International," like Omnion's "Epilogue" and the startling drama of "Lies," plays out more like a lullaby than a dance floor shaker. They're about seeking comfort, and pausing in truth. With eyes to the skies and feet planted firmly on the ground, Butler's Omnion exists in a world all its own, colorful and daunting. "The world is broken," he says. "What are we going to do about it and how can we process this brokenness in the midst of it all?" It's the search for one's place in their own story that rings loudest of all. If anything, even temporarily, that place can be found under the flashing lights, dancing with a community that supports you—a chosen family—to the sounds of Hercules & Love Affair.

NEXT UP
The Art Issue 2022
From Renaissance To Gemini Rights: The Stories Behind 2022's Best Album Covers
Entertainment
Megan Thee Stallion Says A New Album & World Tour Is Coming In 2023
Entertainment
The 20 Best K-Pop Releases Of 2022
Entertainment
TikTok's Wednesday Dance Trend Is Giving '80s Band The Cramps A Second Life