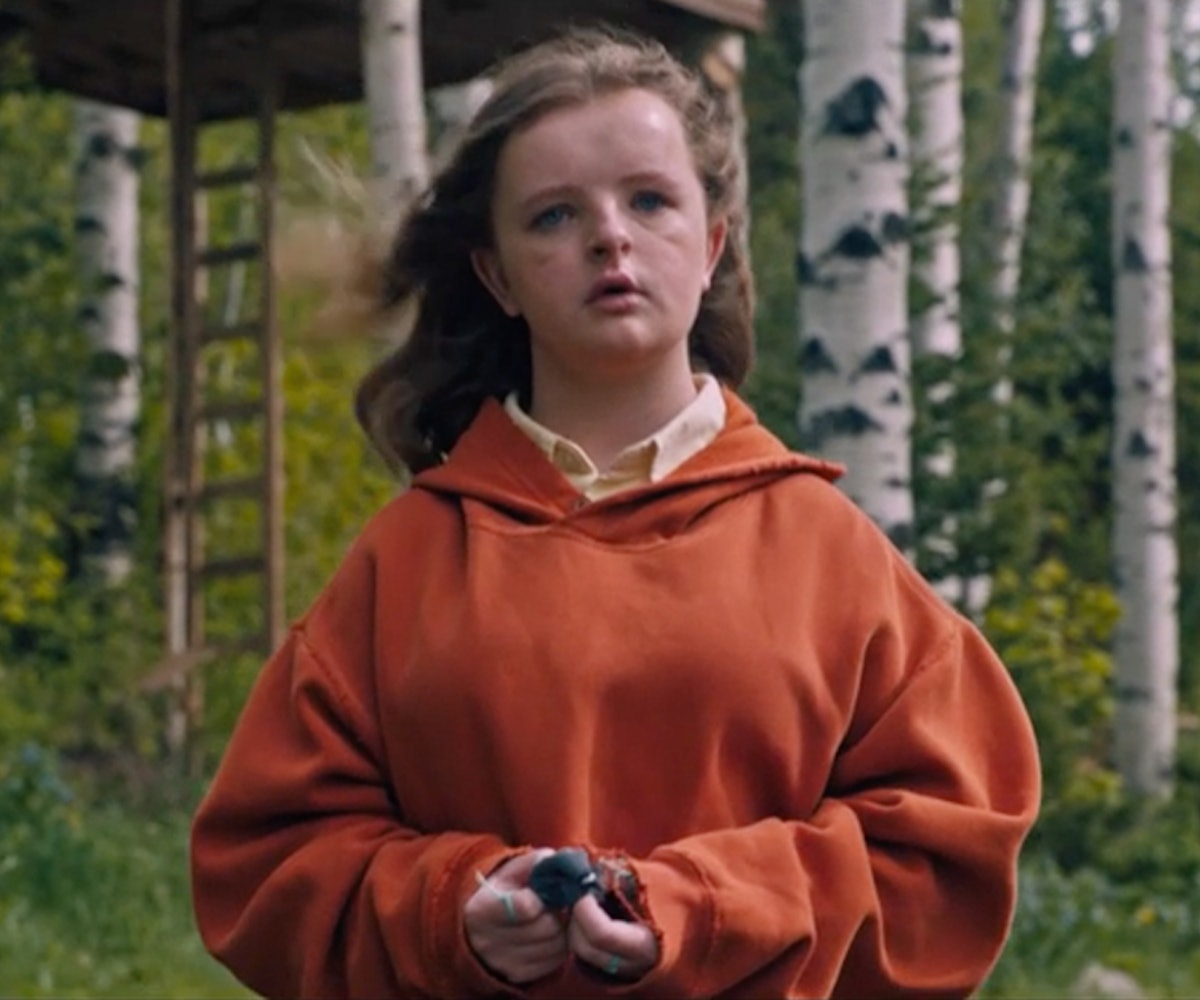 When A Quiet Place hit theaters in April, there was renewed debate about the idea of “elevated horror”—horror movies that are as well-crafted and meaningful as, say, a well-wrought family drama, which of course A Quiet Place also was. As with dubious terminology like “vulgar auteurism,” the unattributed idea of “elevated horror” doesn’t make much sense unless you believe that the unmodified term (that is, “horror”) somehow doesn’t include, well, the things that it naturally includes. With the release of the well-crafted Hereditary this week, coming from the same indie distributor that put out The Witch, The Blackcoat's Daughter, and It Comes at Night, maybe a better moniker for "elevated horror" would be “A24 horror.”

A24, which often specializes in slower rollouts (like Lady Bird or Moonlight) or releases that never go especially wide (like First Reformed or The Lobster), sometimes puts out a genre film wide right away, as it’s doing with Hereditary, to capitalize on buzz among both cinephiles and genre fans. Inevitably, this leads to some bafflement or irritation among horror audiences who don’t always realize that they’re buying a ticket for something that may be creepy, unsettling, or downright terrifying, but can also be slow-moving or a bit more elliptical than multiplex horror pictures. It’s hard for me to picture anyone watching Ari Aster’s Hereditary and not feel affected by it, whether emotionally or just plain viscerally, but it will almost certainly elicit some opening-night boos, too.

Part of the fun, if “fun” is even the right word for such an upsetting movie, comes from the uncertainty over what kind of horror show this is, exactly (for once, the trailers don’t work overtime to give things away). It begins with Annie (Toni Collette) mourning the death of her mother; we eventually learn from her attempt at sharing with a grief support group that they had an uneven, often-fraught relationship (and it’s more than hinted at when her eulogy includes a description of her mom as “secretive and private”). Annie’s husband Steve (Gabriel Byrne) and son Peter (Alex Wolff) seem relatively unaffected by the loss, but her younger daughter Charlie takes it harder.

As played by the remarkable young stage actor Milly Shapiro, Charlie is the awkward tween stage personified; though she’s 13, her face looks more youthful, and often stricken, as she methodically eats chocolate bars and fails to make eye contact. Her refrain is a mumbled “that’s okay,” used as a nonconfrontational no-thank-you for all manner of social engagement. We don’t see her connecting with her grandmother, but the movie creates the sense that it must have been a formidable, perhaps sinister bond.

How Hereditary proceeds from this point is difficult to describe. Some terrible things happen. Some of them are bad dreams; some are even anecdotes. Some are depicted on screen in terrible, disturbing detail. Annie’s family frays further, but not necessarily for the reasons one might assume from the first few scenes—at least not right away. Aster, in his first feature, has a lot of patience (maybe, in a few scenes, too much). The movie’s long first shot pans around a room of miniature houses (Annie is a miniaturist artist) before zooming into a recreation of a bedroom, which seamlessly becomes the life-sized version. Early on, Aster shoots rooms of the family home, where much of the action takes place, wide enough to capture the ceilings, making them look more like one of Annie’s pieces, a subtly unnerving effect. A few key scenes play out with crucial sounds coming from the other side of a wall, muffled but terribly easy to understand. Against this formal control, he juxtaposes emotional rawness, a cocktail of grief, guilt, fear, repression, and dread that’s squirmy and tricky to pin down. This is a movie that twists the knife, and then stabs you with another knife hidden behind its back.

Moment to moment, Hereditary is extremely effective and impressively well-made. But it lacks a singularity of purpose, even as Collette, Wolff, and Shapiro give the material their all. Though its setting and characters and even style of scares are drastically different, the movie is reminiscent of its A24 stablemate The Witch: They’re both slow-burning, family-centric horror stories that coil and strike, mingling supernatural horror with more everyday, naturalistic nightmares of family members that don’t understand each other. After a certain point, The Witch proceeds with a certain eerie inevitability, and it feels strange to admit that Hereditary’s comparable unpredictability eventually gets the better of it; at times, it feels almost rambling (but scary rambling, like an old crone speaking in tongues). The movie runs over two hours, yet it feels less immersive than The Witch or It Follows; the worlds of those films were strange, to be sure, but their intersections with and departures from the “real” world made them fascinating. Hereditary is more slippery; maybe by design, or maybe because Aster doesn’t know when to quit. It seems like there’s some resonance underneath the terror, perhaps a sense of horror at the way familial traits or preoccupations can double back and continue to haunt those bonded by blood long after death. But I confess I found it difficult to parse. In that way, it feels like the ultimate A24 horror movie so far: It’s brilliantly scary and left me preferring the more multiplex-friendly Quiet Place.