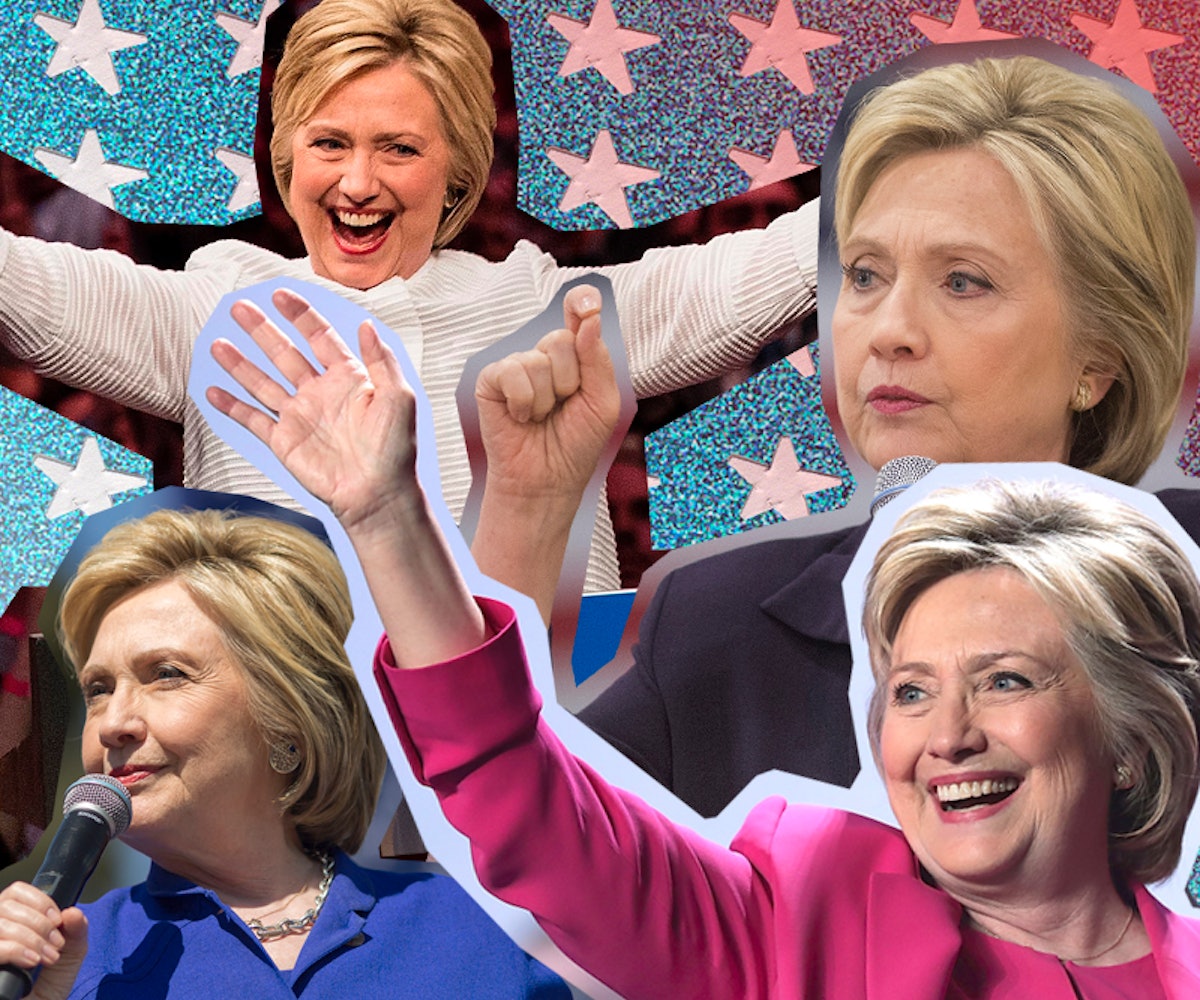 Throughout her campaign for President of the United States, Hillary Clinton has fought hard to earn a substantial amount of celebrity endorsements. Before the nominations even became official, there was a lot of support spread out across the board between the candidates.

But being a celebrity doesn't necessarily mean that you're a movie star. This category should also include the names that unintentionally made headlines due to unfortunate circumstances that we will never forget, like the Mothers of the Movement.

For everyone who can't be in Philadelphia at the Democratic National Convention this week, we rounded up 10 high-profile endorsements that came out in the past few days. These excerpts come straight from their moving speeches at the DNC and sum up exactly why they are #WithHer. Click through them all in the gallery, below.

“I’m proud to support a presidential candidate who will fight to ensure all people living with mental health conditions get the care they need to lead fulfilling lives. That candidate is Hillary Clinton. Let’s make her the next president of the United States of America.”

"When we know that the truth is that this country was founded on the belief that what sets us apart—race, language, religion, sexual orientation—should not dissolve what binds us... Not everybody looks at the millions of young people like me—children born into struggling families, children born to immigrant parents, children who are immigrants themselves—not everybody looks at them and sees an investment. But Hillary has spent the last 30 years proving what she sees in us. Not our color, gender, economic status, but our capacity to grow into thriving adults capable of contributing great things to this country."

"What does it take to be the first female anything? It takes grit and it takes grace... Hillary Clinton has taken some fire over 40 years of her fight for families and children. How does she do it?"

"I am a pro-choice, feminist sexual assault survivor with a chronic reproductive illness. Donald Trump and his party think I should be punished for exercising my constitutional rights. His rhetoric about women takes us back to a time when we were meant to be beautiful and silent. Meanwhile, 22 years ago, Hillary Clinton declared that women's rights are human rights."

"I am here with Hillary Clinton tonight because she is a leader and a mother who will say our children's names... What a blessing it is for all of us that we have the opportunity if we seize it to cast our votes for a president who will help lead us down the path toward restoration and change."

"Hillary Clinton isn't afraid to say that black lives matter. She isn't afraid to sit at a table with grieving mothers and bear the full force of our anguish. She doesn't build walls around her heart. Not only did she listen to our problems, she invited us to be a part of the solution."

"This isn't about being politically correct, this is about saving our children."

"What I admire most about Hillary is that she never buckles under pressure. She never takes the easy way out. And Hillary Clinton has never quit on anything in her life. And when I think about the kind of president that I want for my girls and all our children, that’s what I want. I want someone with the proven strength to persevere, someone who knows this job and takes it seriously, someone who understands that the issues a president faces are not black and white and cannot be boiled down to 140 characters... I want a president with a record of public service, someone whose life’s work shows our children that we don’t chase fame and fortune for ourselves, we fight to give everyone a chance to succeed."

"Public interest lawyer. First Lady. Senator. Secretary of State. Hillary Clinton has been fighting to help others for 40 years. Why does she do it? What keeps Hillary going and going after all these years? She knows that America is stronger when we are together, when we give each other a hand, and when we lift each other up. She knows that when we move as one, we can cross any boundary, overcome any obstacle, and break any glass ceiling!"

"Hillary heard the passion of the people, the people behind Bernie, and brought those passions into the party's platform, and that, that is the process of democracy at its very best, and it's very cool to see. Hillary is our Democratic nominee, and I will proudly vote for her. It's so inspiring. It's so inspiring, just a few years ago, she was a secretary, and now she's going to be president. I mean, c'mon. She's like the only person ever to be overqualified for a job—as the president."

"Women are the answer, we have the power to ensure this country gets on the right path... We can't let politics divide us. We have to show that bigotry and fear will never win, because we have so much in common."

NEXT UP
Entertainment
Brendon Urie Officially Disbands Panic! At The Disco
Culture
6 Shows To Binge Once You've Finished 'The White Lotus'
Entertainment
Meet Andreas Metaxa, The Man Behind The Miami Jet-Setting Memes Of Supersnake
Culture
Phoebe Dynevor Will Not Return for Bridgerton Season 3
Style + Culture, delivered straight to your inbox.