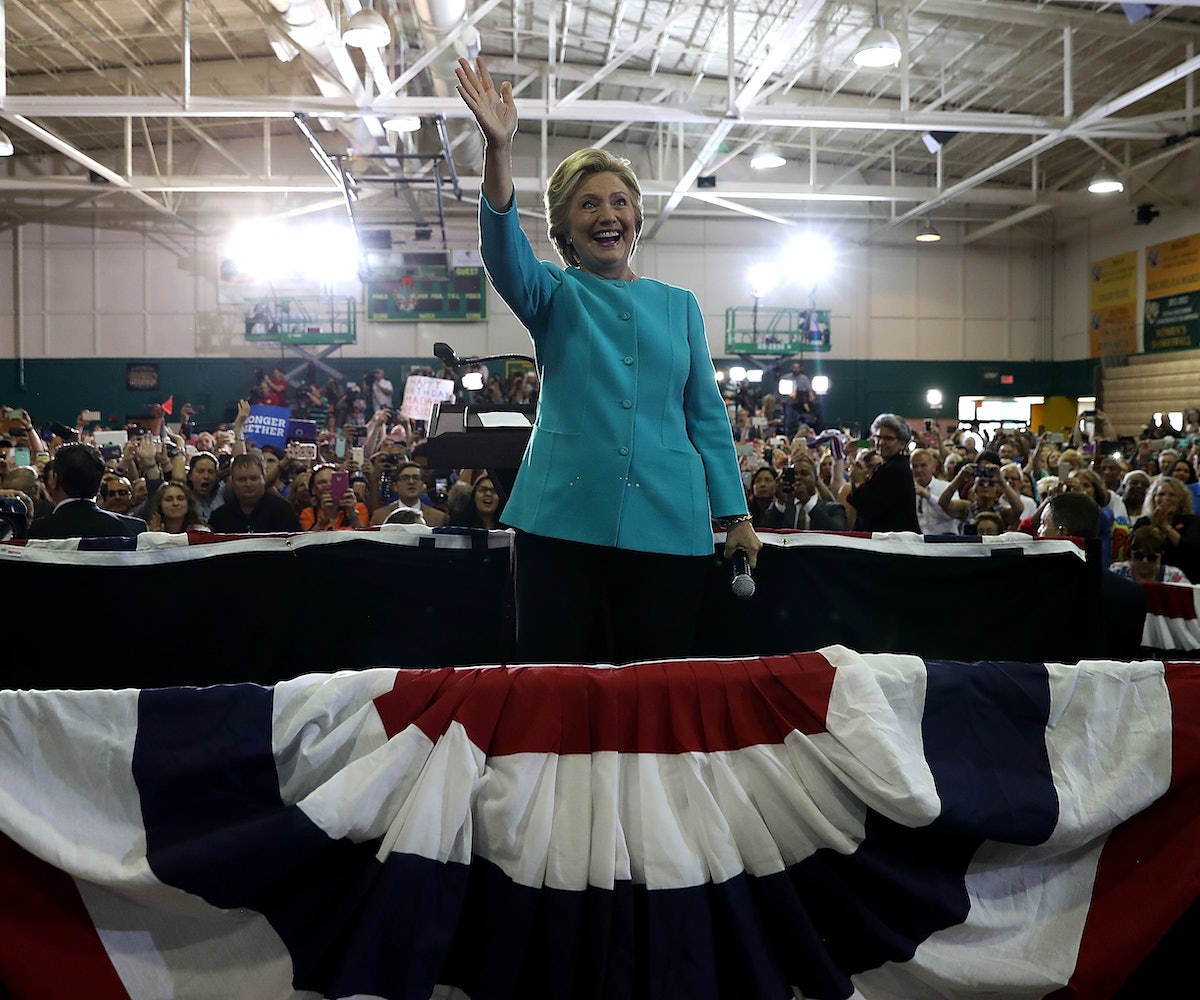 When Barack Obama captured the presidency in 2008, he celebrated the historic moment with a massive celebration in Chicago’s Grant Park. It was a space large enough to accommodate the estimated 240,000 people who showed up to help usher in a new era and hear Obama speak for the first time as the new president-elect. Hillary Clinton and her campaign know they won’t draw those kinds of crowds when and if they win on election night, so they chose the site for more symbolic reasons.

Yesterday the Clinton campaign announced that she, family, and staff would spend Tuesday, November 8, at the Jacob K. Javits Center on the western edge of Manhattan. At first, this seems like an odd choice. The Javits center is the bulky and unglamorous home to large conventions like New York Comic Con. It does not provide sweeping views of the Manhattan skyline that could provide a dramatic backdrop for a potential Clinton victory speech. Instead, Clinton and her campaign chose the Javits Center in an act of not-so-subtle symbolism: its glass ceiling.

Clinton has often spoken of breaking the proverbial glass ceiling, and that the presidency of United States represents “the highest, hardest glass ceiling.” In less than two weeks, we are hoping to witness the ceiling at the Jacob K. Javits Center to shatter.