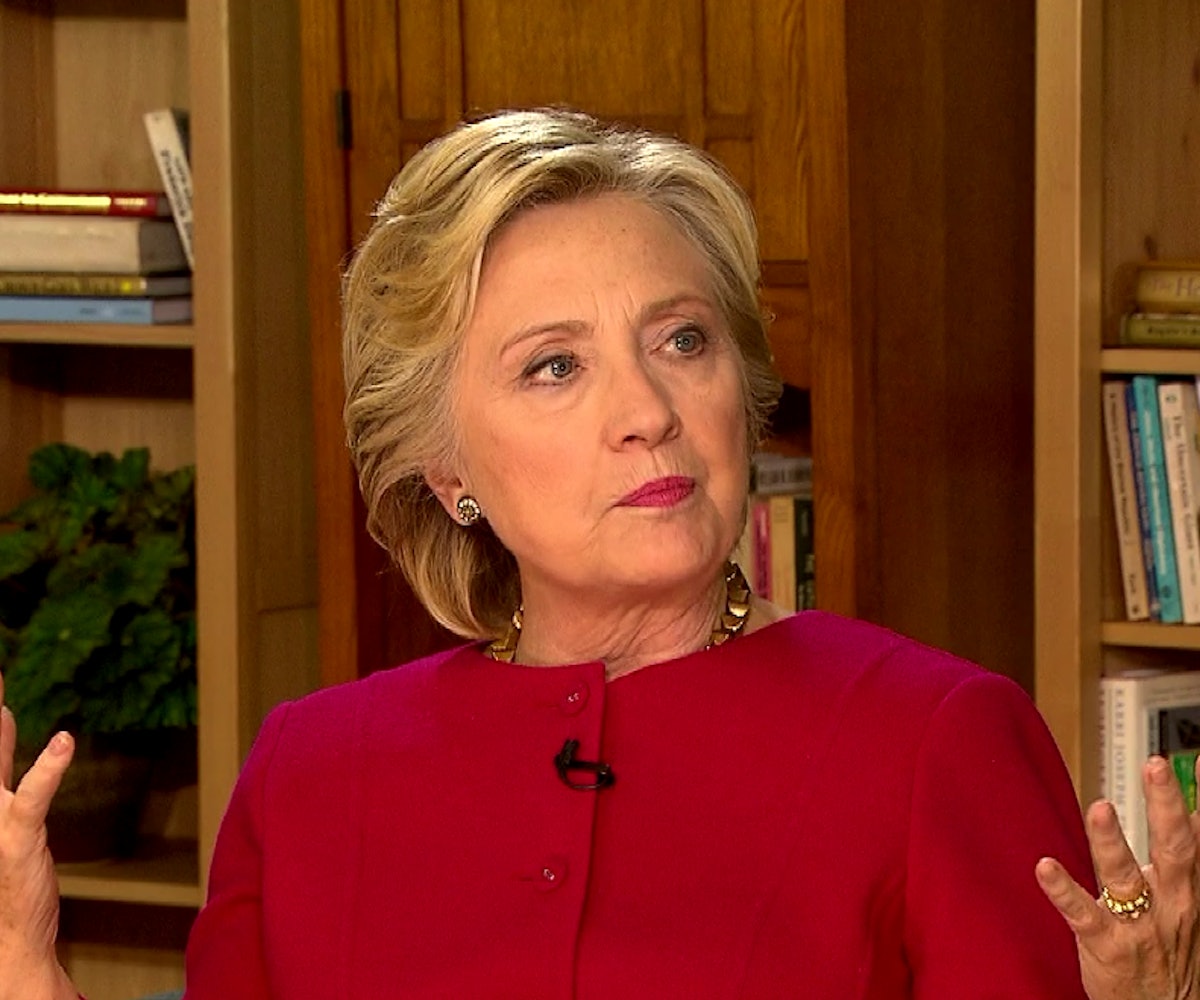 In an election cycle full of surreal moments and weird firsts, Hillary Clinton just provided us with another one. The Democratic nominee sat down for an interview with Extra. Flanked by her supporter and future Defense Secretary Elizabeth Banks, Clinton was grilled about the important topics affecting millions of Americans, like what she thought about Alec Baldwin’s SNL debut as Donald Trump. “He was perfect,” she gushed. And for the record, Clinton think Kate McKinnon is killing it as her doppelgänger.

After lobbing those softball questions, interviewer A.J. Calloway toughened up and asked Clinton the question most Americans hoped she would answer. What did she think about the Kim Kardashian robbery? “I felt really bad for her,” Clinton said of her occasional selfie partner. “She's home now, right?" Clinton also had love for Kanye. “And her husband, he was in the middle of a concert and he just ran offstage, bless his heart,” she said. “I’m just glad nobody was hurt.”