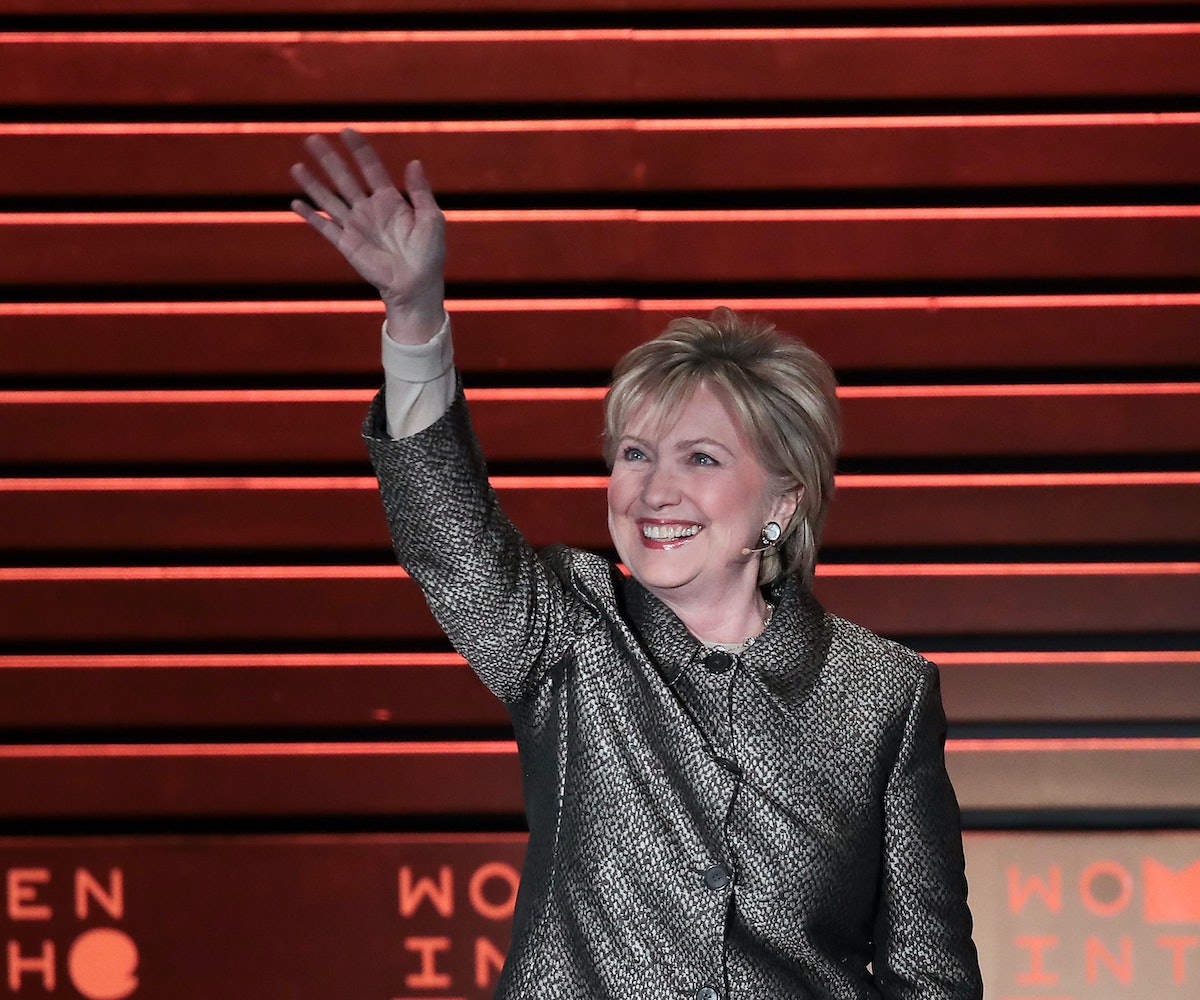 In her first interview since her presidential election loss, Hillary Clinton sat down with Nicholas Kristof of the New York Times, at the Women in the World Summit. A lot came out of the interview, including her stating she believes misogyny was a contributing factor in her loss. "Certainly misogyny played a role," she said. "That just has to be admitted." She spoke of the Trump voters' mindset as, "I don't agree with him, I'm not sure I really approve of him, but he looks like somebody who's been president before." She's not wrong.

Clinton used the 45-minute interview to share her opinion on a range of topics and to get somewhat personal about how she handled the loss. "I just had to make up my mind that, yes, I was going to go for a lot of long walks in the woods. And I was going to see my grandchildren a lot and spend time with my family and my friends. They have rallied around me in an amazing way."

She also spoke about misogyny as it relates to the new administration. "The things that come out of some of these men's mouths—like, 'Why do we have to cover maternity care?' Well, I don't know, maybe you were dropped by immaculate conception," she said.

Misogyny towards Clinton was a tool that was decidedly used in the Trump campaign. While the examples are many, one particularly visual one were the pins sold at Trump rallies and at the Republican National Convention that read, "Don't be a pussy. Vote for Trump in 2016" as well as, "Life's a bitch. Don't vote for one."

There is extensive research into how women in positions of power become targets for sexual harassment, as well as how their leadership leads to feelings of emasculation associated with what psychologists call the "precarious manhood" theory. So again when Clinton said, "certainly misogyny played a role," she was definitely not wrong.

"I think in this election there was a very real struggle between what is viewed as change that is welcomed and exciting to so many Americans and change which is worrisome and threatening to so many others," she said. "You layer on the first woman president over that, and I think some people, women included, had big problems."