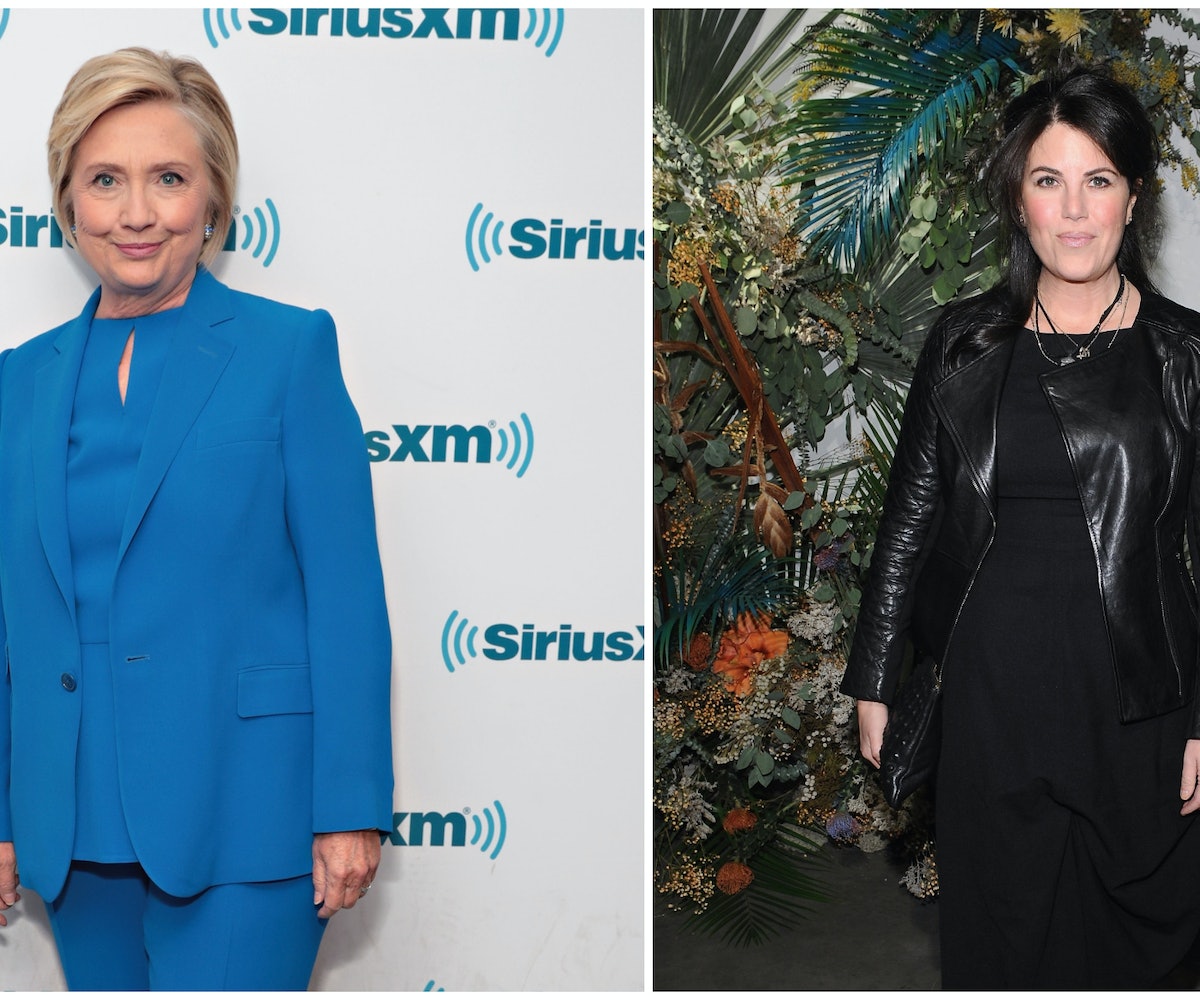 Hillary Clinton said in an interview with CBS Sunday Morning that she doesn’t consider her husband’s affair with Monica Lewinsky an abuse of power because Lewinsky was 22 years old at the time (Bill was 49 years old). But even if one doesn't consider such an extreme age difference to be an inherently dubious foundation for an equitable relationship, considering that Bill Clinton was, at the time, president of the United States, and Lewinsky was a White House intern, it seems pretty clear that the enormity of their power imbalance was an intrinsically exploitative situation.

Or, as CBS correspondent Tony Dokoupil noted in the interview with Hillary Clinton: “There are people that look at the incidents of the ‘90s and they say, ‘A president of the United States cannot have a consensual relationship with an intern. The power imbalance is too great.” She, though, cut him off, saying that Lewinsky “was an adult,” and then quickly deflected the line of questioning, referencing the multiple allegations against the current president, Donald Trump.

“Let me ask you this,” Hillary said, “where’s the investigation of the current incumbent, against whom numerous allegations have been made, and which he dismisses, denies, and ridicules?” Okay. But the fact that Trump’s multiple allegations need to be looked into more thoroughly doesn’t diminish the fact that Bill Clinton's relationship with Lewinsky is widely, and rightly, considered an abuse of power.

Lewinsky herself stated that, though the relationship was consensual, she knows that there was a power imbalance that basically counteracted that consent—something she didn't realize until the #MeToo movement.

It's interesting to see how Lewinsky's own perception of the affair has changed over the years. In fact, it's not uncommon and is often helpful for people today to look back at things that happened even 20 years ago, and understand how those things, while accepted at the time, are no longer deemed okay. But, when Hillary Clinton was asked if she thinks, in retrospect, that her husband should have resigned due to the scandal, she simply replied, “Absolutely not.” Sometimes, hindsight isn't 20/20—it's fully myopic.