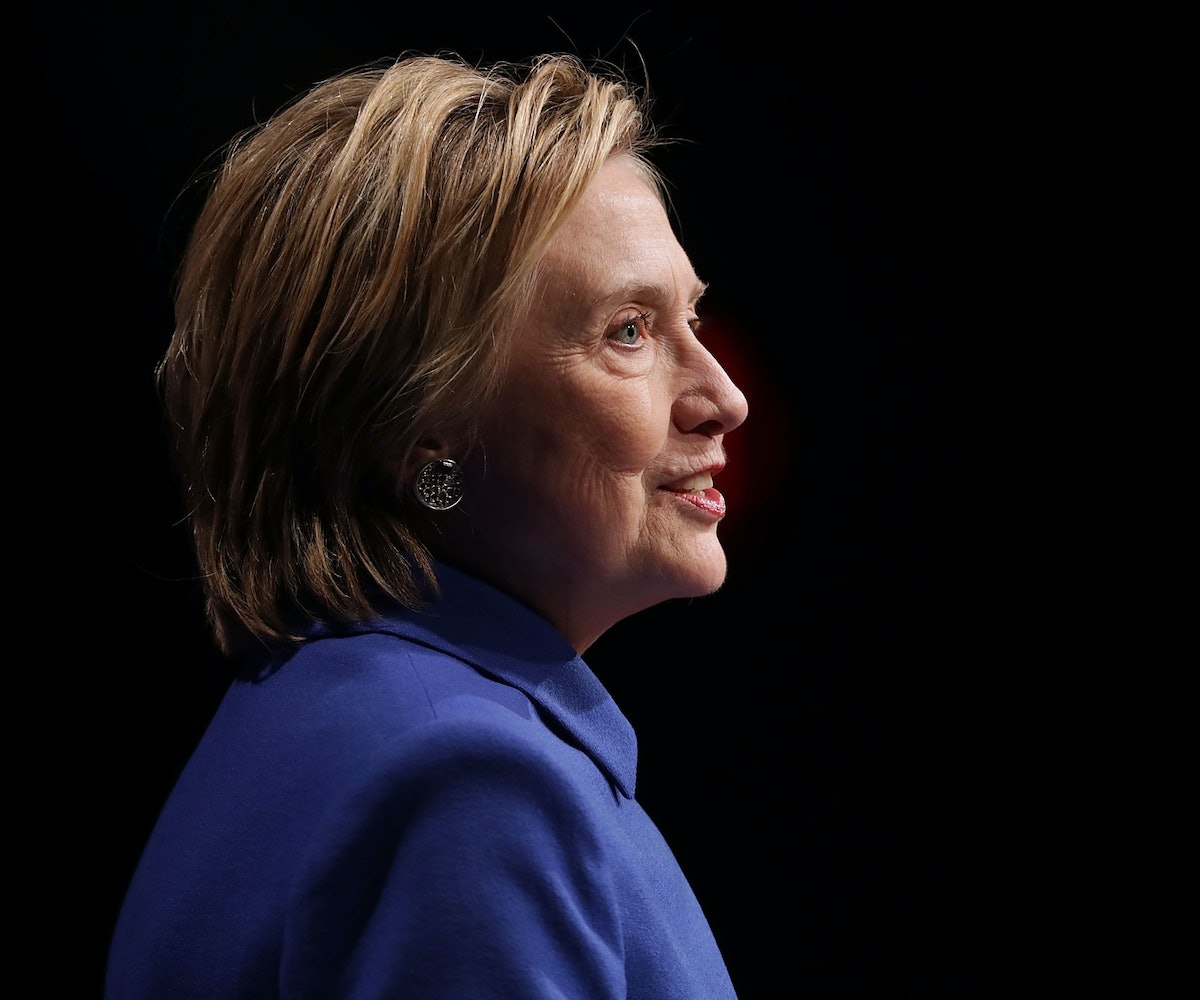 A week has passed since Hillary Clinton conceded the presidential election, but that doesn't mean her work is done. Last night, the politician was honored at the Children’s Defense Fund’s Beat The Odds Gala hosted at the Newseum in Washington, D.C. During her speech, Clinton emphasized that "America is still worth it."

“I will admit, coming here tonight wasn’t the easiest thing for me,” she began. “There have been a few times this past week where all I wanted to do was curl up with a good book and our dogs and never leave the house again.”

If you ever doubted Clinton's commitment to this country's future, this speech will make those doubts disappear. After Clinton admitted that she has been struggling to recover from the loss, she emphasized that her difficulties don't compare to all of the children who are now living in fear about their safety.

“I believe the measure of any society is how we treat our children, and as we move forward into a new and in many ways uncertain future, that must be the test for America and ourselves,” she said. “No child should be afraid to go to school because they’re Latino, or African-American, or Muslim, or because they have a disability.”

Clinton closed her speech by giving the audience and her devoted supporters a message of hope:

I know this isn’t easy. I know that over the past week, a lot of people have asked themselves whether America is the country we thought it was. The divisions laid bare by this election run deep. But please listen to me when I say this: America is worth it. Our children are worth it. Believe in our country, fight for our values, and never, ever give up.

Whatever you think about Clinton, there's no denying that this woman's dignity runs deep. Grab a tissue and watch the heartwarming speech, below.