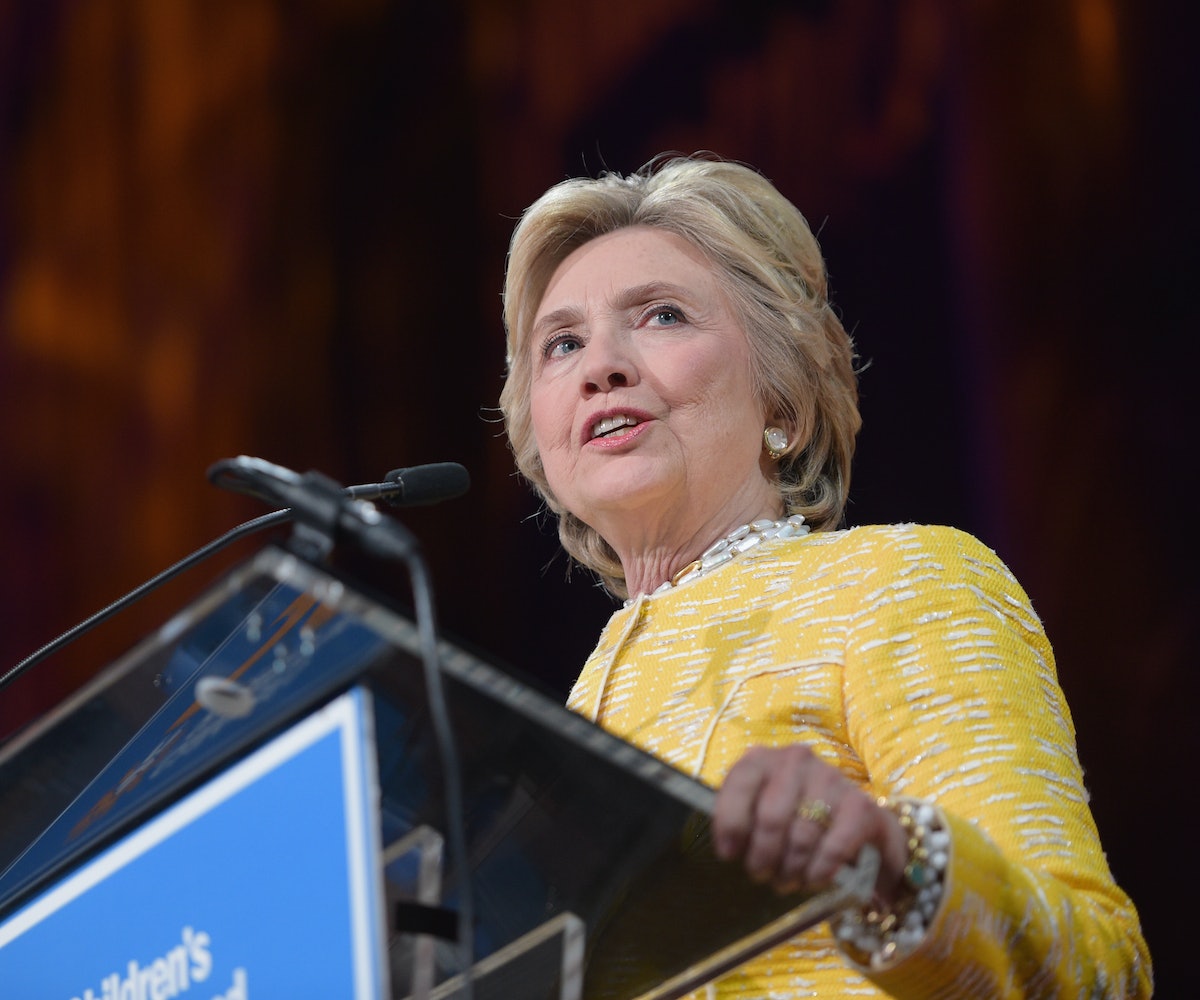 It's been several months since the inauguration of President Donald Trump, and the country is already witnessing what looks like a true political fiasco. While everyone is feeling the effects of the past few months, it's hard to imagine what it must have been like for Hillary Clinton to watch from the sidelines after many thought it was guaranteed she would win the presidency.

In a recently released interview with New York Magazine, Hillary Clinton talks about her post-election days, and the difficulty that accompanied them. Upon the actual election day results, Clinton shared that she coped with the loss by methodically breaking down tasks that needed to be completed.

"I just thought we had to get through this with a level of dignity and integrity, and there’d be plenty of time to try to figure out what went wrong and what we could have done differently, but for that moment we just had to stick to the ritualistic process: Okay, when I was sure, I have to call Trump. I want to call Obama. And then I have to figure out what I’m gonna do the next day… I had to get through that before I could go, ‘What the hell just happened?’ and be angry and upset. And be disappointed and feel I let people down and feel everything that I felt."

She maintained this mode of thinking right up until the inauguration. "It was hard. It was really… difficult," Clinton said about being able to make it through the actual event without breaking down. "At the time, we hoped that there would be a different agenda for governing than there had been for running."

Upon hearing his speech, Clinton realized that this was not the case: "It was a really painful cry to his hard-core supporters that he wasn’t changing."

Despite the immense emotional difficulty of the situation, Clinton's speechwriters recall the incredible strength Clinton showed on election night—a portrait of how America remembers Clinton on the morning of her concession speech.

"She wanted to take a slightly more aggressive approach, focusing on the protection of democratic norms, and she wanted to emphasize the message to young girls, the passage that would become the heart of her speech. As the pair of writers left her room and walked down the hall, Rooney turned to Schwerin and said, 'That’s a president,'" Schwerin remembers. "Because here, in this incredibly difficult moment, she was thinking calmly and rationally about what the country needs to hear." That was the breaking point for Schwerin, who says at that point he "kind of lost it then."

You can read the entire piece by Rebecca Traister here.

NEXT UP
Life
Get To Know Libra, The Social Butterfly Of The Zodiac
Life
Jennifer Coolidge Checks Back Into ‘The White Lotus’
Life
Alison Roman Is Getting Her Own Cooking Show
Life
Demi Lovato Slams Child Stardom