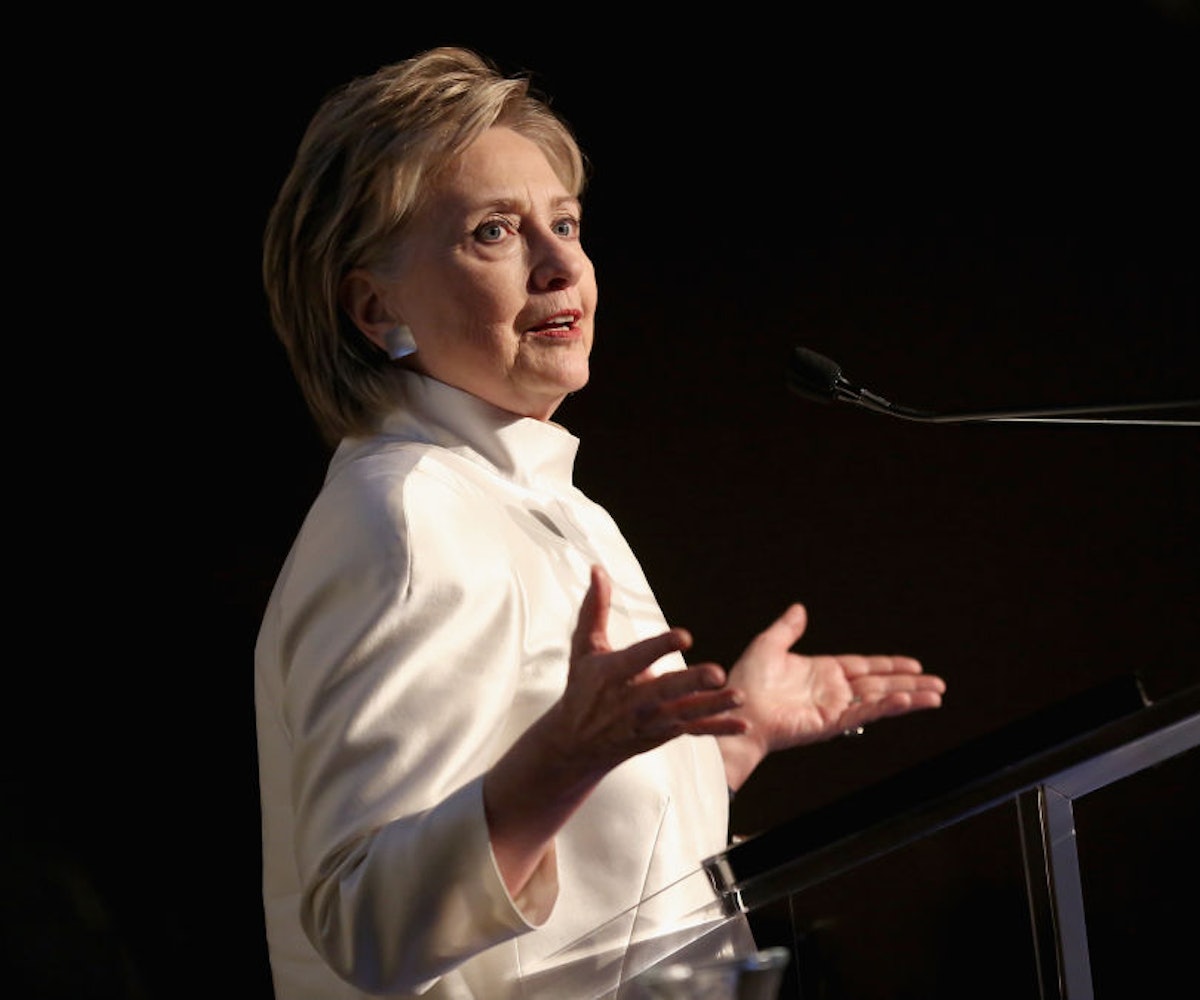 This is probably not the memoir Hillary Clinton expected to write. When she won the Democratic nomination for president last year, Clinton was probably anticipating that one day, she’d be detailing her eight years in the White House in the kind of memoir that is a rite of passage for every president. But because we are all living in an alternate universe, Clinton has announced that she’ll be writing a very different kind of memoir. It’s called What Happened, and based on the title alone, it’s going to try and explain, from her perspective at least, what the hell happened.

Rather surprisingly, the book is coming out on September 12, and even has a cover, which you can see below. For those who have been wondering what Clinton has been spending all her time doing, here’s your answer. According to Simon & Schuster, who is publishing the memoir (and probably paid a lot of money for it), the book will track an election “marked by rage, sexism, exhilarating highs and infuriating lows, stranger-than-fiction twists, Russian interference, and an opponent who broke all the rules." The book will also describe “what it was like to run against Donald Trump, the mistakes she made, how she has coped with a shocking and devastating loss, and how she found the strength to pick herself back up afterwards."

While this is all great fodder for a memoir, we can’t help but wonder if it’s coming a little too soon. Does anyone really want to revisit the nightmare that was the 2016 election? Clinton at least is promising readers an unvarnished side of her that we’re not used to. “"In the past, for reasons I try to explain, I've often felt I had to be careful in public, like I was up on a wire without a net,” she writes in the intro. “Now I'm letting my guard down."