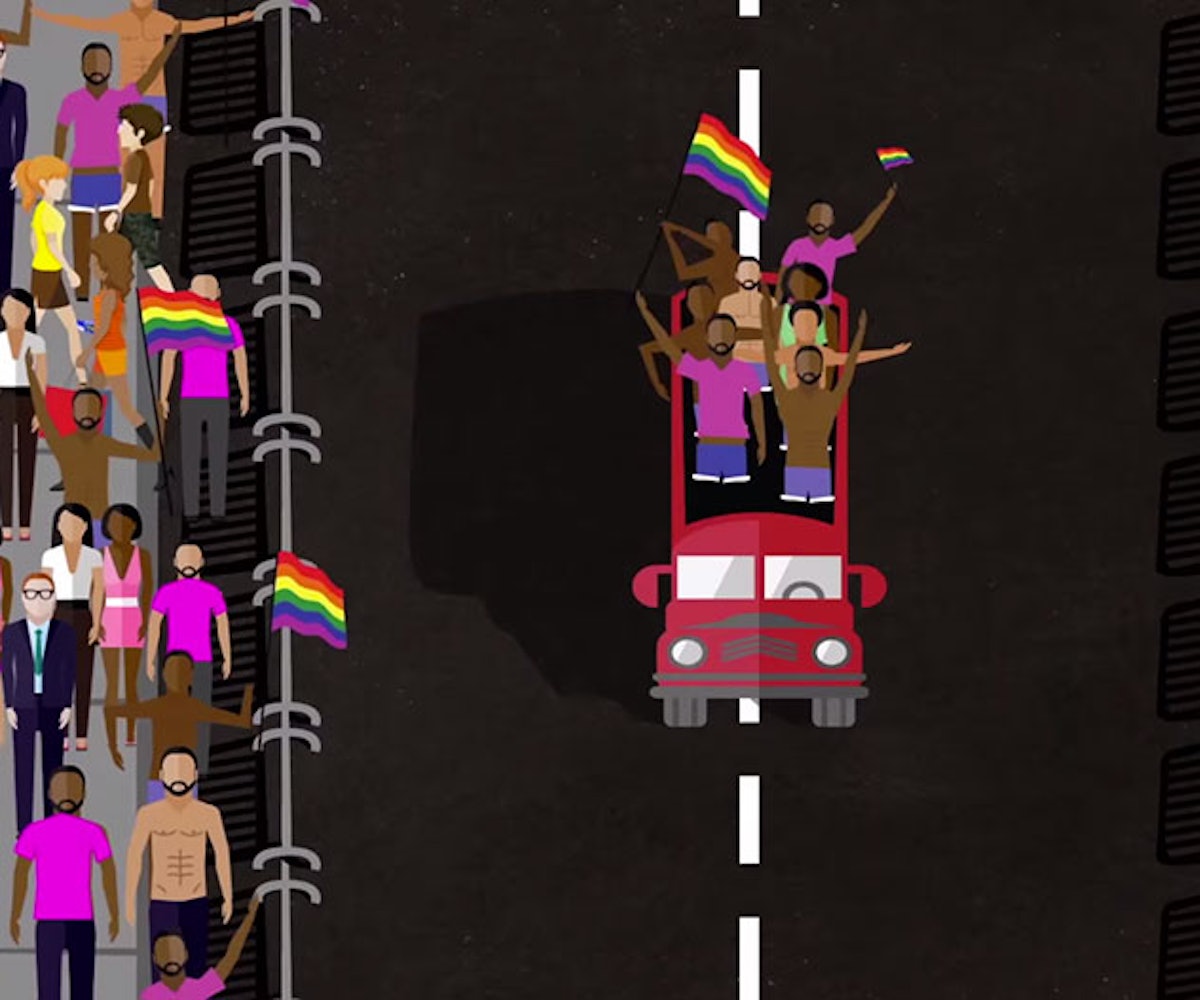 This Sunday, June 28, marks the 46th anniversary of New York City's Stonewall Riots and the grand finale of Pride Month. Throughout June, cities across the nation have thrown parades and various events to honor the riots that kickstarted the LGBTQ movement here in the United States. Considering the headway our country has made in terms of equal rights for its once-marginalized citizens—and the increasing visibility of the transgender community—Sunday's parade down New York's Fifth Avenue and past the Stonewall Inn on historic Christopher Street will be one for the books. Yes, this month is ripe with reasons to celebrate, but it's also important to reflect on and consider those who literally kicked down the door and proudly proclaimed that enough was enough. The march continues. This is where it all started.

NEXT UP
Entertainment
Beyoncé Is Now The Most Awarded Artist In Grammy History
Culture
Kareem Rahma Survives A Dinner Party From Hell In “Really Rich Parents” Video
Entertainment
Harry Styles' "As It Was" Grammy Performance Featured A Silver Tinsel Onesie
Entertainment
Taylor Swift Sparkled In Midnight Blue On The 2023 Grammys Red Carpet
Style + Culture, delivered straight to your inbox.