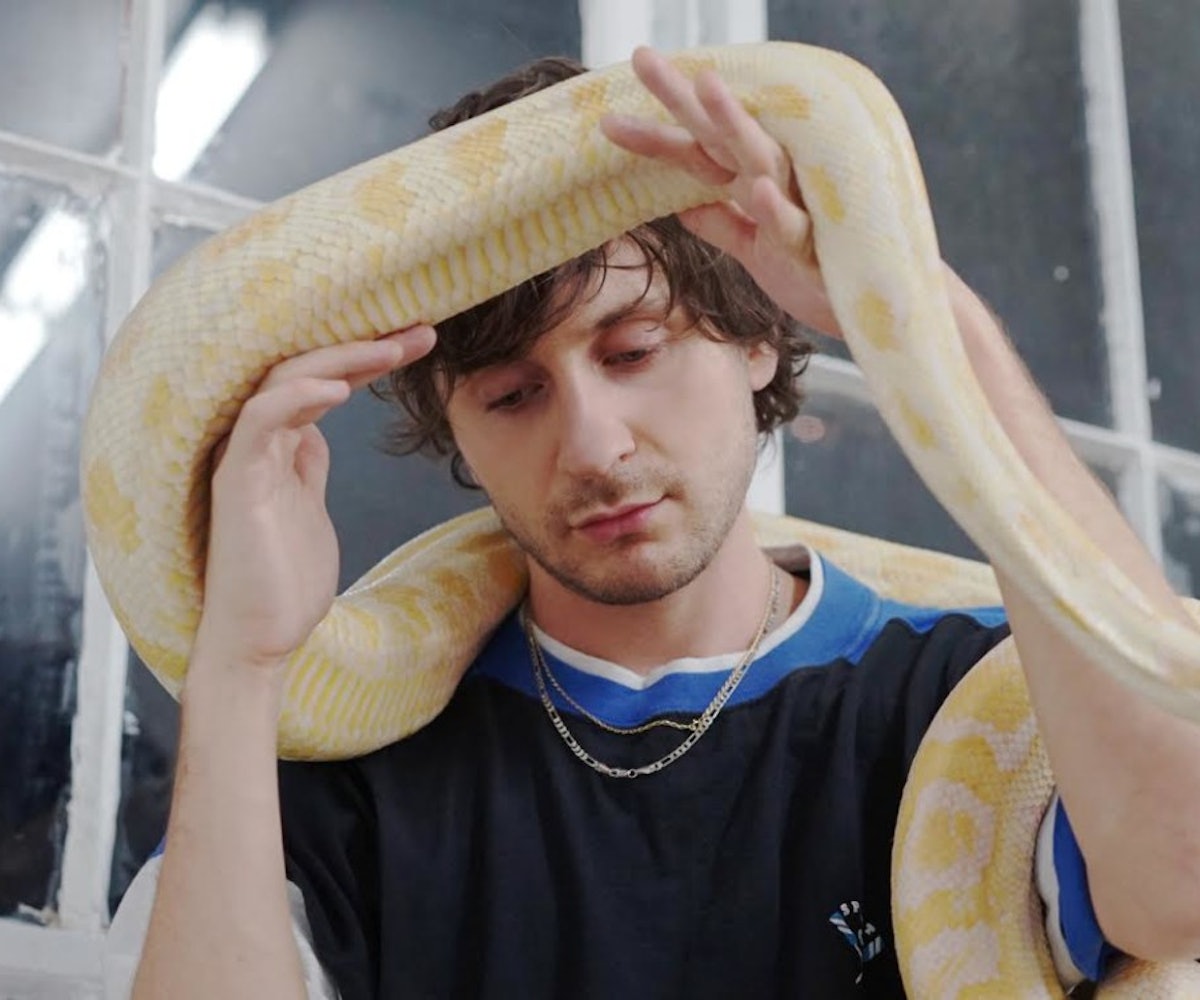 If music is the universal language, then anything can be an instrument. Pots, pans, a clump of hair, a tarantula crawling across a gravel road—they all have the capability to produce sound and, therefore, be turned into melody and song. It's an idea New York-based musician and producer Nick Koenig, better known as Hot Sugar, has been ruminating over for years. His music isn't easily digestible Top 40 fare; it's layers of melodies from unexpected sources that create an escapist soundscape that's transportive and true, familiar and foreign at the same time. He calls it "associative music," and it's on full display on his latest album, The Melody of Dust.

Calling Koenig's Melody of Dust an album, however, doesn't quite cover it, for he partnered with Viacom NEXT, an emerging technology group focused on virtual reality (VR), to make it the first-ever VR musical album. Ambitious? Obviously. Astounding? Most definitely.

Koenig composed 87 original melodies based on associated sounds of found objects. Those objects and their corresponding melodies were then designed in VR and placed in a room of aural requirement, you could say. The user/listener—after being given what looks like mature Wii remotes, strapped into a nice set of headphones, and placing the VR goggles over their eyes—gets transported to a cavernous space where a tornado swirls up the center of the room. Scattered throughout the space and another adjoining room, are the 87 objects Koenig made music for. The objective then becomes to find the melody of dust, which is done by throwing objects of the user's choice into the tornado, activating their respective melodies until the melody of dust is discovered.

"Part of this was to make a meditative, atmospheric journey, experience, or trance" Koenig explains after I worked my way around the space in search of the melody. "The more you play it, the more acclimated you get to this world and the more heightened your sense of perception is." The Melody of Dust is not a game, mind you. It is, indeed, an album that's first designed to put you, the listener, into the composer's seat. It's through you that the melody of dust is found, not some gaming algorithm. "You're in a venue created for a song rather than being at a venue that's having the song played within it."

It's fascinating and surreal, and possible because, for the first time in our technological history, VR is more consumer facing. There are, however, only about 1,000 Vive VR units, which are used to experience the project, available right now. Regardless, it's still an exemplary achievement because no one has done something like this, ever. "You want to hear everything [these days]," Koenig says, musing over how today's music culture is about an artist's whole package (videos, merch, social media, tours) rather than just the music, "and VR allows a very comprehensive sense of control for that."

Amen. The Melody of Dust gives a listener the ability to both create and discover music while experiencing it with nearly all five senses. No one has made the innate music within the everyday so apparent like Koenig has with The Melody of Dust. It's always been there; it's, as Koenig says, "just whether we decipher if or not."

The Melody of Dust, the album (which can be previewed in our premiere above), drops March 31 on Noise Collector Records. The VR experience will be available on Steam April 2017.