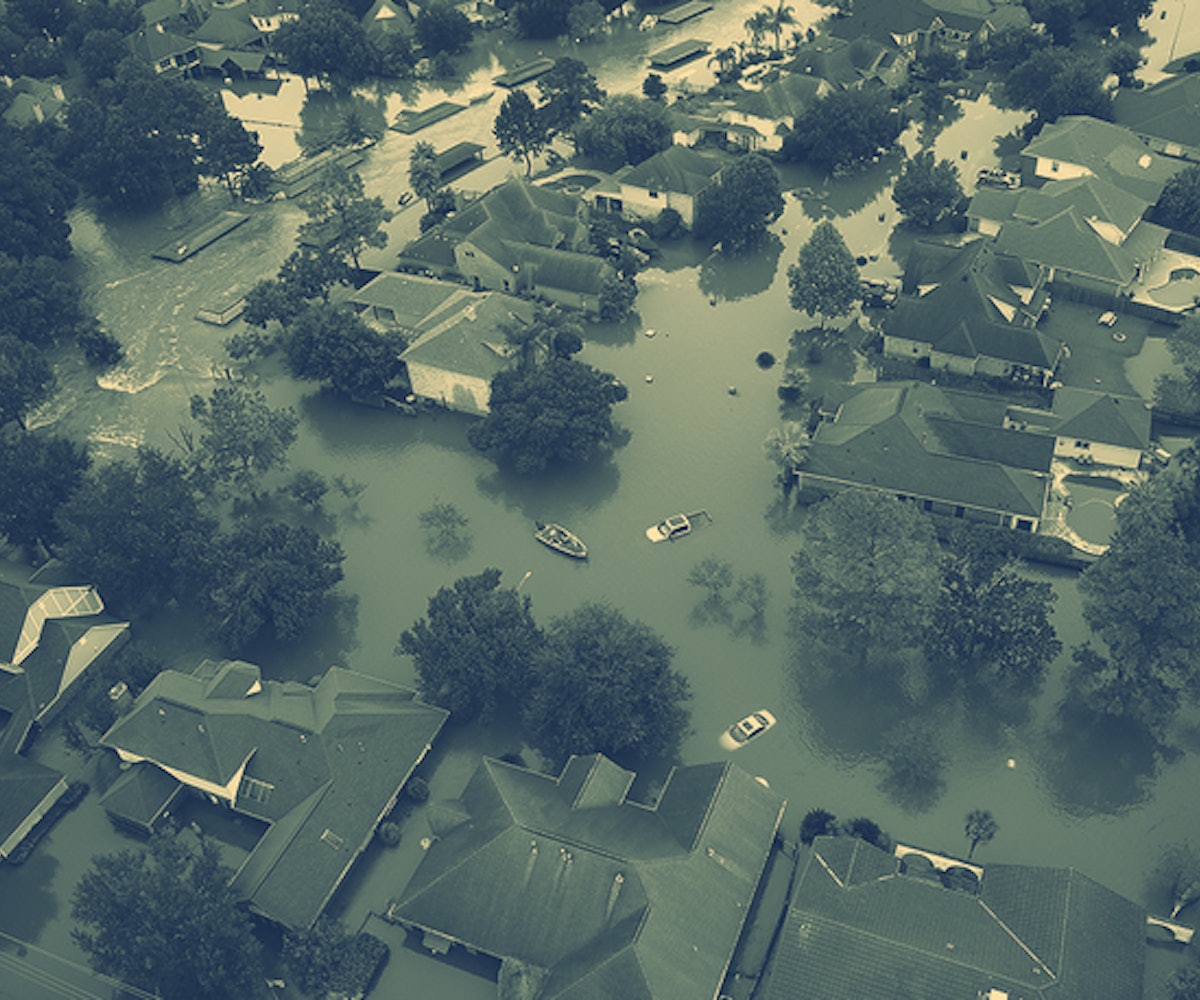 Hurricane Harvey has passed through Houston, Texas, but the city still faces torrential flooding. Thirty-seven people have died and more than 6,000 have been rescued, with both numbers expected to rise as the city and its surrounding areas begin the long and arduous process of rebuilding.

As a result, 911 phone lines and rescue operations have been overloaded, with wait times lasting longer than most people can wait given the need to charge phones. Social media has, then, become an essential distress signal for some. With stranded people continually posting their statuses and locations, it's become apparent certain neighborhoods and demographics are under more distress than others. BuzzFeed News reports that the majority of SOS calls are coming from Houston zip codes 77044, 77049, and 77078. Those neighborhoods are primarily made up of black and Latino communities with lower than average incomes.

Reports that rescue officials have largely ignored these areas are coming in. Leticia Rodriguez, a Houston resident who has put a call out for help on Facebook, says it's civilians and not officials who came to her rescue after seeing her posts. Yolanda Jackson, too, credits social media for getting her off the roof of her house, where she spent 24 hours with her husband and three children before a volunteer, who saw a Facebook post Jackson's friend posted, rescued them. "We were out of food. Dehydrated. It was raining, and windy, and cold," she told BuzzFeed News.

Since Hurricane Katrina devastated New Orleans in 2005, our social media landscape has changed dramatically. Back then, Twitter wasn't invented and Facebook was only open to college students. Now, social media is readily available to more people, making it possible to get the word out and connect with people who can help. However, it's a problem when many Houston residents have to resort to social media because official organizations aren't available to help them—and it hardly seems like a coincidence that these underserved areas are the ones who must rely on social media for help. And it isn't only a problem after a storm like this strikes: The Huffington Post reports that more affluent communities fared better in the storm due to more city-funded safety precautions, like improved bayous. The imbalance in rescue efforts and the growing shouts for help across social media expose the inequality these communities face every day.

With Harvey Relief and Harvey Rescue workers going at it around the clock, more people can be rescued. However, that may still not be enough. To help out the victims of Harvey, check out GoFundMe's variety of relief funds or contact the Hurricane Harvey Relief Fund to be put in contact with a selection of nonprofits in need of donations.