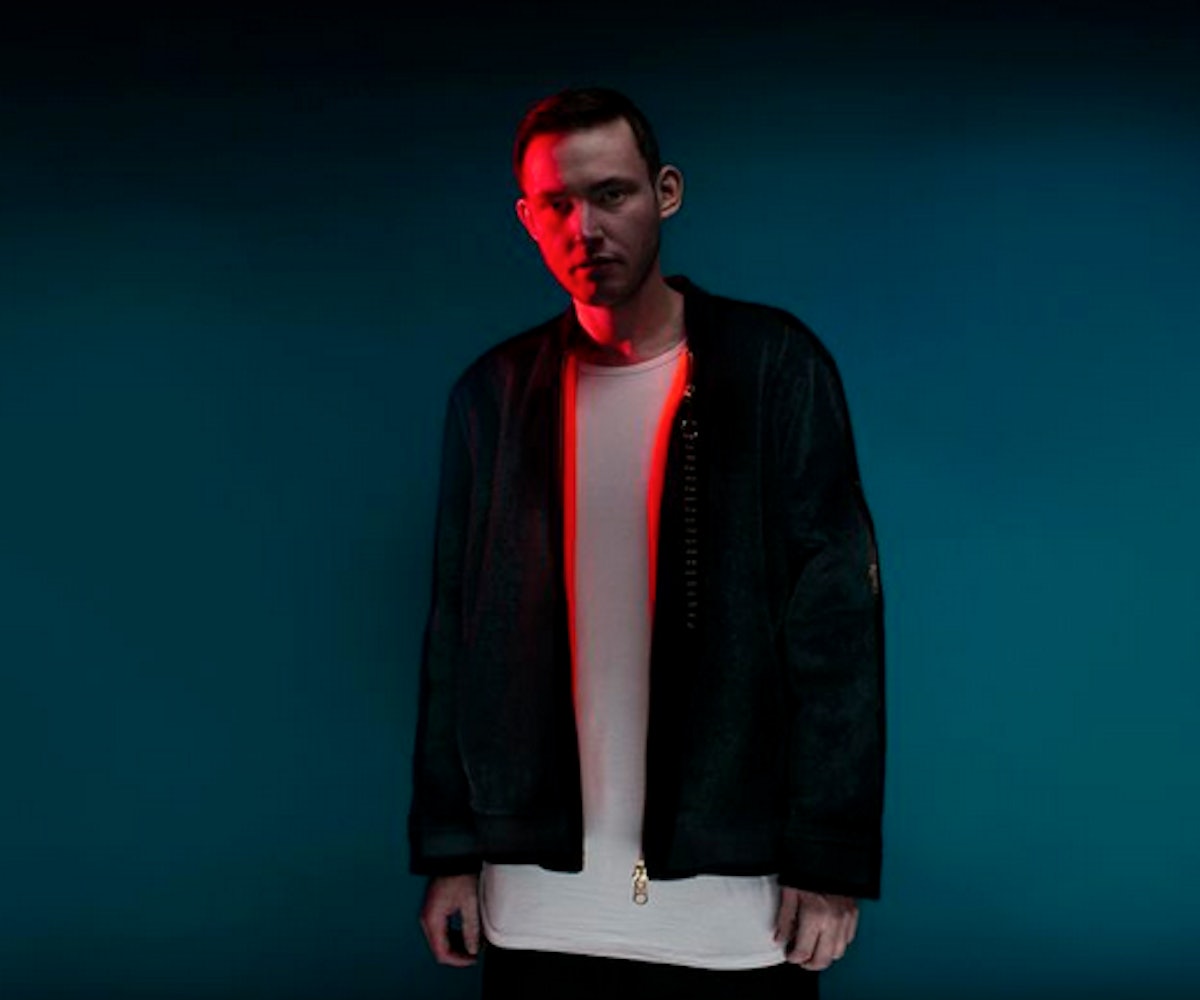 Hudson Mohawke is the brainchild of Scottish producer Ross Birchard, who broke out in 2012 alongside Canadian producer Lunice, with their TNGHT EP, an artillery of flat-out bangers that some credit with launching the trap movement. The project was so successful that it caught the attention of Kanye West and led to Birchard chipping in on several tracks off Yeezus, including "Blood on the Leaves."

But rather than coast off the success of TNGHT, Birchard went his own way, determined to establish himself as a solo artist. The result of that quest is Lantern, a schizophrenic record undisappointing to fans looking for more party music, also shows Birchard's versatility and determination to mired himself into one genre—specifically, trap. We caught up with him in New York to discuss trends in pop music, working with Kanye West, and the unintentional consequences of creating a new genre of music.

A lot of people feel like you first broke out on the scene with the release of TNGHT. Is that a misconception?

I’ve been touring in Europe and in the States since mid 2007, or something like that. But having said that, I feel like maybe a lot of people didn’t really become aware of me until we did the TNGHT project, which wasn’t until around 2011. A lot of people became aware of me because of that, and that’s something that I wanted to address with this record. I’ve seen a couple of articles recently within the last few weeks that are talking about my debut album. And it’s like, um, my debut album came out six years ago.

Is your new album affected by that?

Yeah, because people are expecting something that sounds like TNGHT, whereas for this record, I wanted to do something with all of my musical influences, rather than just festival, stadium, mosh pit-type stuff. I think it’s fun to do those shows, but it’s not something that I would put on a full-length record.

How would you describe Lantern’s overall narrative from start to end?

The idea of it being called Lantern, it’s the story of a 24-hour day, basically. The intro is the sunrise moment, turning the first couple of tracks into these daytime radio songs. It becomes more moody with an R&B influence. Then, it moves to the club songs towards the end, like “System” and “Brand Nouveaux,” and that type of thing.

What has it been like collaborating with Kanye West?

It’s definitely something. It’s definitely changed from the first times working with him. I, personally, don’t like to talk too much about the actual process because certain things have been miscalled. I’ve done interviews before and certain people have made fake Twitter accounts and fake Snapchat accounts for me where they put out fake tracklists like, “This is Kanye’s new record.”

And then I have to call him and be like, “This is not me. This is someone else who is just like making shit up.” So, I tend to not say too much about it. But it’s very enjoyable to get to be in a room with a handful of people and work on a piece of music. I feel like I’ve been trying to get into that situation for a very long time, and it’s a kind of similar thing to watch, as well. We don’t listen to people’s demos; we have to come to you, we have to approach you like, “Do you want to be involved with something? Do you want to come in and play some music for us?” I spent several years unsuccessfully trying to submit demos, and was just getting nowhere with it until they approached me. It’s just very, very lucky.

After TNGHT came out, all of these labels wanted to sign you. How did you go about navigating the business aspect of this?

Financially, I probably could have done a lot better if we just did the TNGHT thing, but I wouldn’t have finished a solo record then. Lunice would not have done a solo record. But the TNGHT project is by no means over. If we had accepted a lot of those offers, I think I wouldn’t be sitting here right now. It was important to take a little hiatus for a moment, I think we did it just at the right time because it was before you had “trap stages” and EDM festivals and that genre. Those didn’t really exist before that record, so when the record came out, it became its own success, where DJs from the most underground-techno world to the most commercial EDM DJs were all playing this record, because no one knew where to file it. Now, that kind of scene has become extremely boxed in, and that was never something that we wanted to do. We just saw ourselves as beatmakers and hip-hop producers—we were never like fucking trap producers.

So you specifically avoided falling into a specific scene or a trend?

When we put the TNGHT record together, it wasn’t a scene and it wasn’t a trend. But, I’ve learned that around the time we decided to stop was when that kind of music was becoming a thing. We were like, “This is getting a little bit cheesy.” Previously, when the record came out, one weekend we’d be playing on a techno stage, the next weekend we’d play with Godspeed or something like that, and the next weekend we’d play with some fucking EDM guy. Whereas now if we were doing those shows, we would be on the stage with the same five artists every weekend, the fucking quote-unquote "trap guys."

Electronic music production is now the dominant form of production on the pop charts. Why do you think this happened?

I think it was when a lot of the U.S. pop acts—not necessarily the hip-hop acts—got fed up with the type of production that was coming in from the so-called "heavy-hitters." So they were forced to look further in fields like FrenchNouveau and European top 10. I think they just basically got a little bit fed up with R&B and hip-hop production and wanted something different.

Do you see the current direction changing at all?

Maybe two or three years ago it was getting a little bit stagnant, but now it’s like Maya Jane Coles samples in Nicki Minaj songs—stuff that wasn’t even considered a possibility is now just like, “Yup!” It’s super interesting. I don’t think it’s going anywhere because you’ve got people now who are just discovered off of SoundCloud, living in Spain or some shit like that, who can actually have a number one out here.