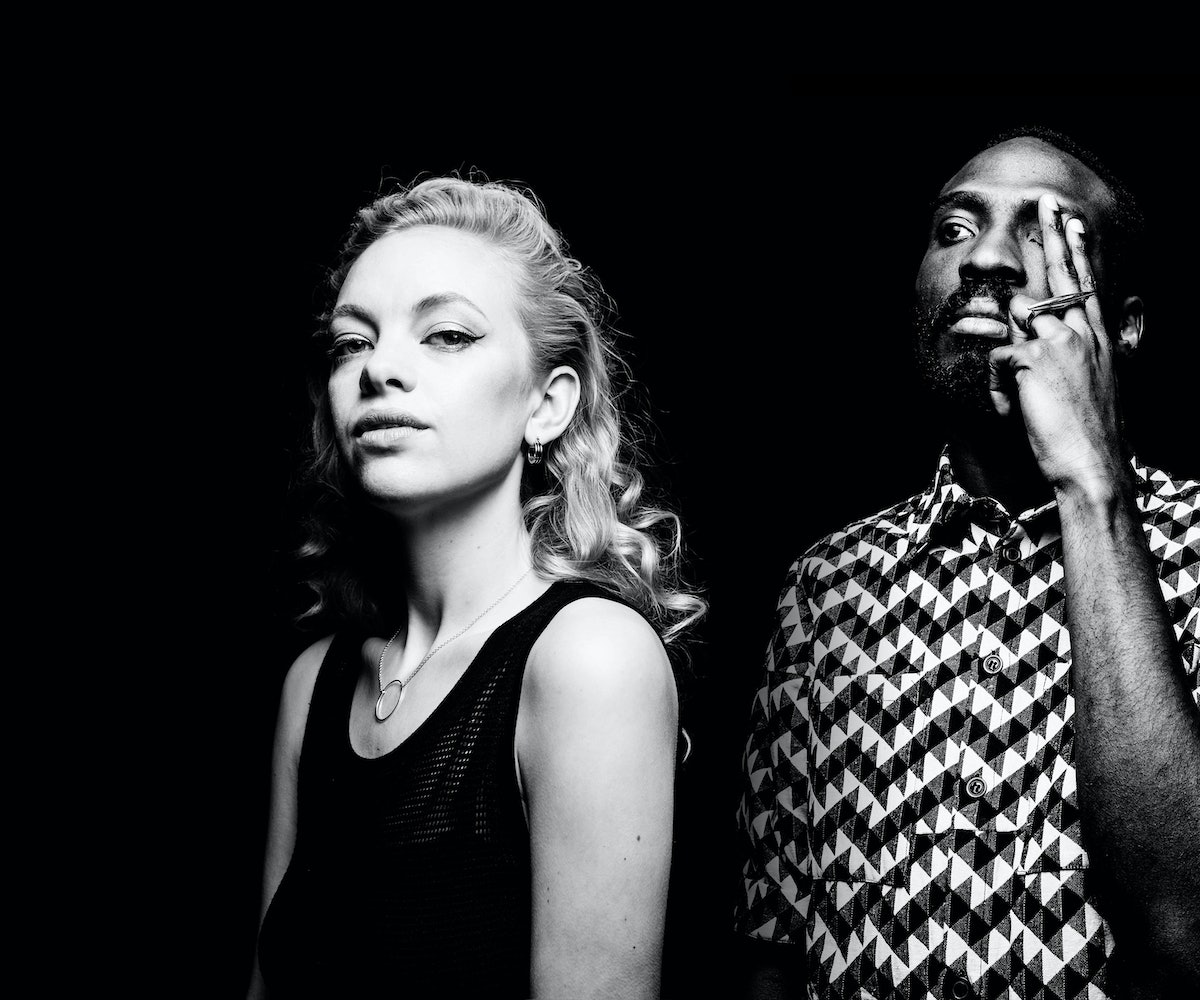 Shot and directed by Fiona Garden and Anna Brooks and choreographed by Morvah Rose, the video follows Brooks and Idehen as they morph into one another amidst complete darkness. Rather than split the singers apart, their contrasting movements further compliment the meaning behind the song.

Rose explained that the overall concept for the video falls along the idea of "being bound and then released—or 'taking flight'. The arm movements that are performed were representative of wings and the more intricate hand gestures symbolic to the internal resistance of emotions. These smaller gestures allowed each individual to be vulnerable and therefore we gain a sense of who Hugh are as people."

Brooks told us that she was initially "attracted to Anna's concept of light versus movement, the way the figures fell into darkness and merged into one another." She went on to say that the song was very personal as Morvah's choreography "really seemed to echo the fading dialogue of two people who were slowly fading away from one another." She continued, "To be able to explore the song using my physicality felt really special, having danced a lot of my life, it was almost illuminating to merge the different forms."

Watch the stunning visuals in the video, below.