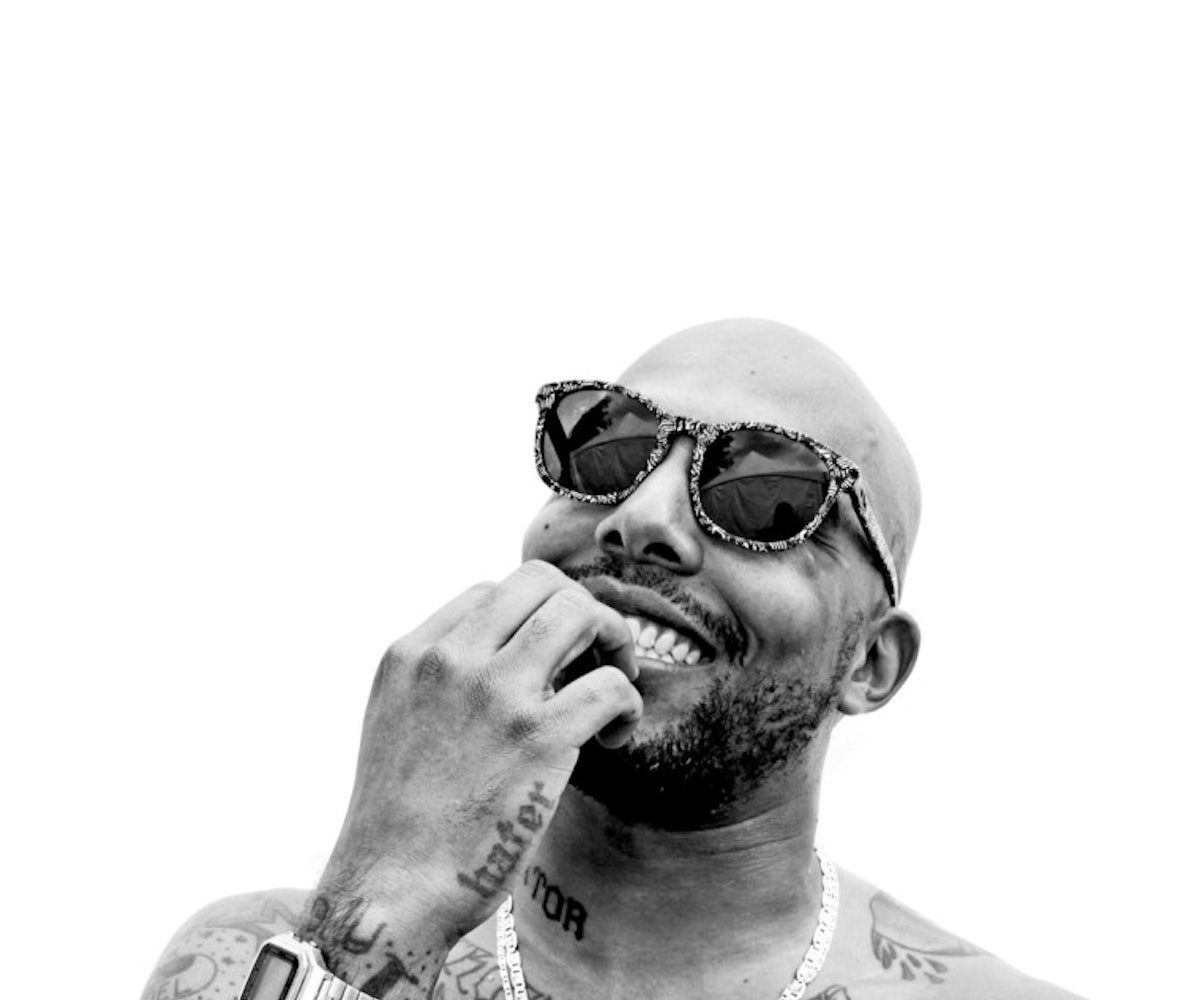 Nigel Holt was born to be an artist. The incredibly enthusiastic musician came up in Chicago, where he found himself in Kanye West's orbit. After getting to know certain members of West's inner circle, Holt—who now performs under the name HXLT—developed a relationship with the superstar rapper himself. It was after Holt played West his cover of Amy Winehouse's "Back to Black" that he got signed to West's music imprint G.O.O.D. Music. Now, several years later, Holt finally put out his first record last Friday. The self-titled album is a reminder that Holt—who's also an actor, clothing designer, and aspiring film director—does not believe in genre, or sticking to one art form. His music is hard to pin down, a totally original byproduct of his wandering mind and fearlessness. You can listen to it below, as well as get to know the musician who caught the attention of Kanye West.

Ruff but nice. I am a nice guy who just wants to make incredible art for the world to enjoy. But I am also pretty rowdy in certain circumstances.

I sat one day and thought, "What are the things you never get tired of doing?" And it was making music, acting and designing clothes. So I decided I'm going to do all of these for a living. My music caught attention on MySpace, actually. I was making dance rap songs with my cousin Mano and just kept throwing them up and started getting booked for shows. When I touched the stage it was history from that point on.

Happy. In five years I want to have several Grammy award-winning albums, been in a ton of movies playing bad guys, and making the best clothing you can ever put on.

My second album. I'm already working on it. It will be incredible!

Finally making art that is true to my soul. Nothing makes me happier or more proud then finishing an amazing song that has come from my heart. Or finishing a video that I envisioned and it comes out perfectly.

Pharrell. He would be a sick roommate. I would force him to make music with me and borrow all his clothes.

Gucci Mane 1017 Brick Squad Brrr!! Nothing like driving around with the windows down bumping Gucci.

David Bowie. I want to make any sound that comes to my mind without being boxed into a genre. I want to perform amazing shows all my own way. David Bowie was the coolest.

Designing clothing and writing music. I like to be in a place where I can get inside my head and not be interrupted.

When I'm crowd surfing. Or whenever I'm in mid-air. Like if I do a backflip, that moment I am flipping over in mid-air. It's the most relaxing and free feeling ever, to be weightless.

A self-aware person. It was impossible for me to learn something that I knew I was never going to use in real life. My mind wouldn't allow wasted information. So I had terrible grades and a lof of friends.

I'm really proud of my hyper over-activeness. I love being eager and excited to do everything. There is real joy in my hyper-activity, which is why I try to do everything in the world.

Yeah, but I'm not telling you guys!

I'm very serious about being a legit person. Saying what I mean. Having class and tact. Being a loyal friend. A devoted husband. And I have great disdain for anyone living a lie. People who steal other people's creativity or looks. People who say things and don't stand behind their word. People who aren't real.

I hope to have better resources for creativity so I have the best way to express my art to the world.

Don't let them tell you, you can't.