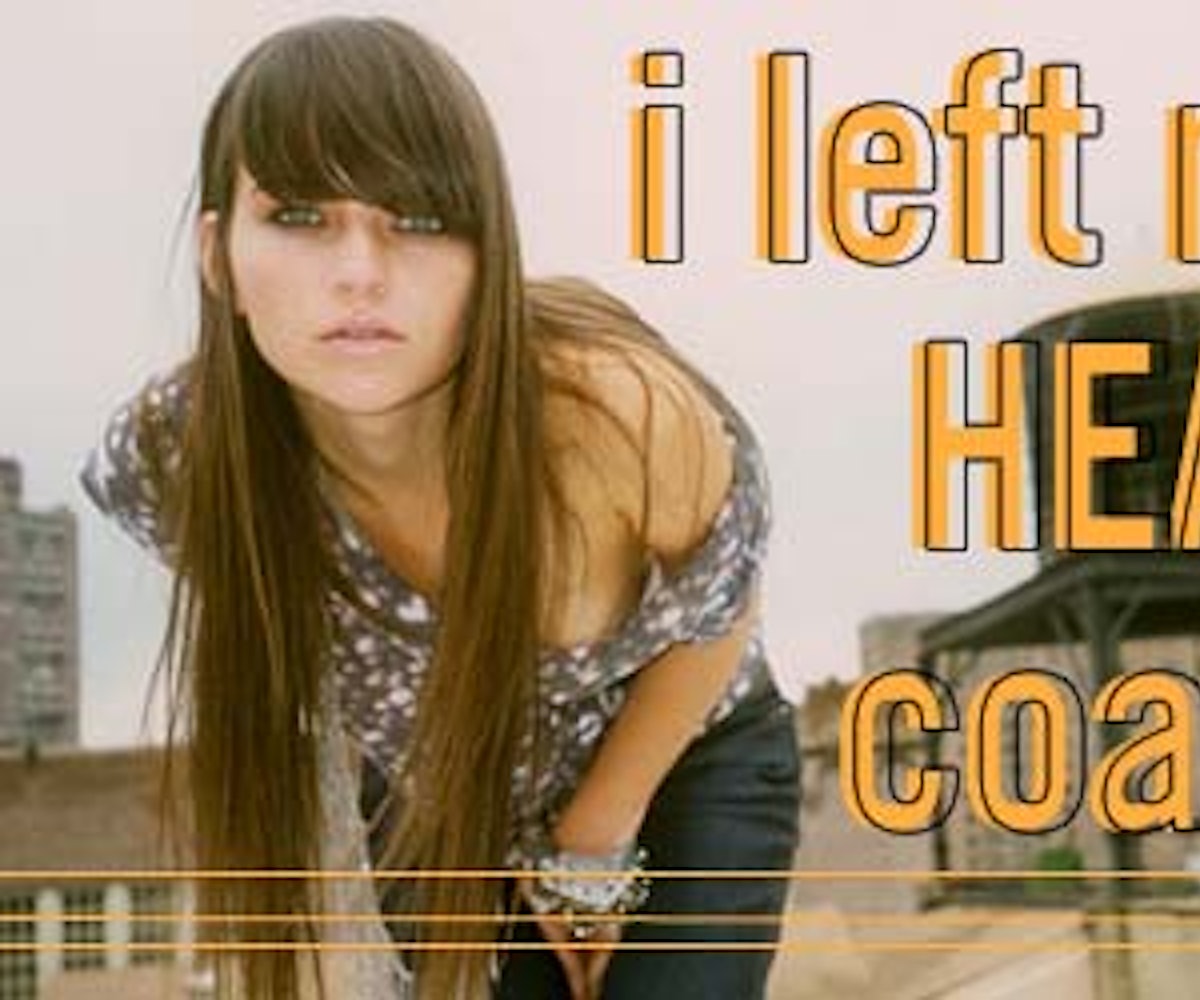 Maybe it was the fact that NYLON got up at sunrise this morning to visit cosmic desert outpost Joshua Tree, but Coachella Day 3 definitely had a psychedelic vibe going. Yeah Yeah Yeahs played their set beneath a giant, popping eyeball (see below), while London's The Horrors proved the surprise hit of Sunday by ditching their monochrome garage-goth in favour of a new kaleidoscopic vision.

Most mind-altering of all though was My Bloody Valentine. Already the loudest band of the entire festival by a good 70 decibels from the second they plugged in, they finished their Main Stage set with one long chord, played so loud you could hear it from car park Lot J, sustained for a full, gut-lurching 20 minutes.

Meanwhile, in-between the stages, mad pyro-obsessed professors had erected a hissing, spitting, 20ft high incandescent snake, and a Frankenstein-like contraption that unleashed lightening bolts above the crowds at a truly terrifying proximity.

Not much in the way of star spots today, except Chloe Sevigny and Agyness Deyn still looking awesome after 72 hours standing in a dustbowl. News that Kanye West was in the vicinity - if not inside the actual festival parameters - though had already been confirmed by 4am on Sunday when he was spotted at the off-site Jeremy Scott party for Adidas.

Goodbye Coachella, it's been a blast.

We're not dead yet! Read the final band freakouts at the NYLON Twitter.