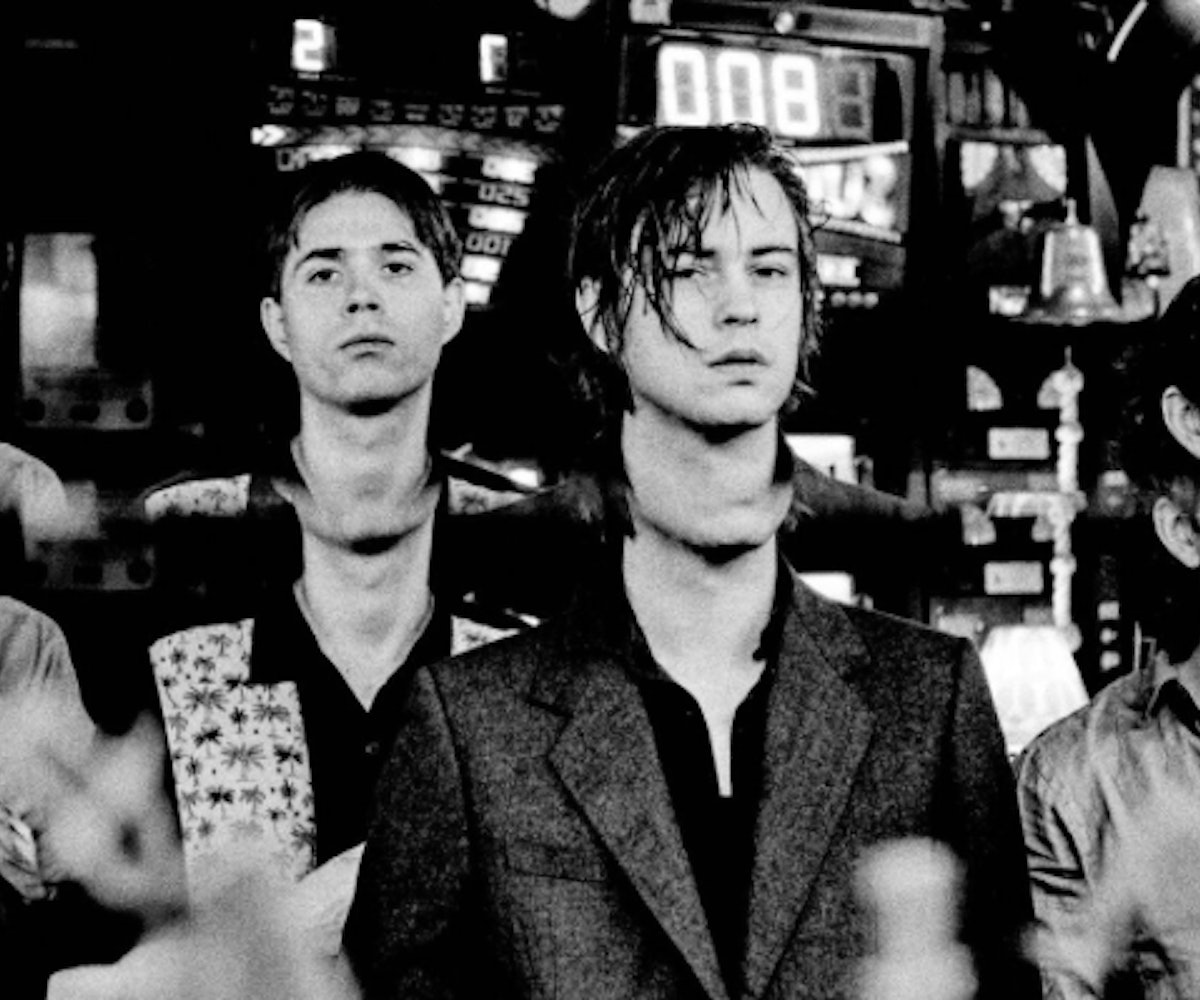 Have you ever been wrapped up in the type of whirlwind romance that makes everything feel intense and urgent? If so, you'll probably connect with Danish punk-rock band Iceage's new single, "Pain Killer," featuring the vocals of none other than Sky Ferreira. Crooning against a backdrop of energetic guitar riffs and bleating horns, the combination of lead singer Elias Bender Rønnenfelt's and Ferreira's vocals is cathartic, a euphoric alleviation of the ache that often accompanies listless loneliness.

"Pain Killer" is the first taste of new music from the band that we've had since their last record, Plowing Into the Field of Love. It's been almost four years since the punk rockers have provided us with some new tunes. And in support of their newest album, Beyondless, the band has additionally graced us with a set of tour dates that kick off with a residency at Brooklyn's Kinfolk on March 22.

Beyondless is set for release on May 4 via Matador Records. You can listen to the new single, below.