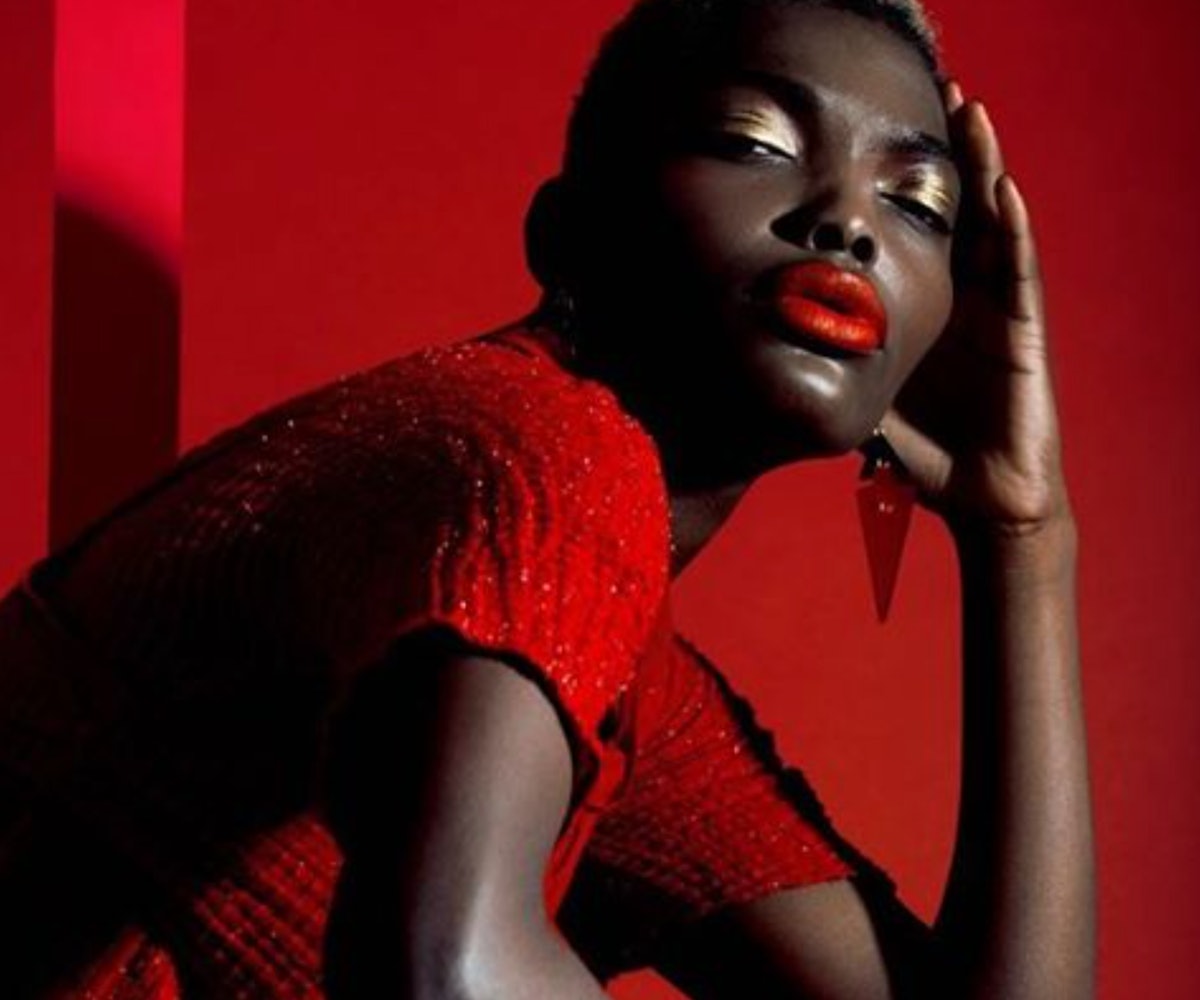 British makeup company Illamasqua is taking a stand against Donald Trump by telling his supporters to stay far away from their products. The company's new anti-fascist campaign was announced on their website earlier this week.

"Illamasqua believe in the freedom of expression, equality and diversity. That’s why we are horrified by President Trump’s actions to date. We refuse to remain silent while extreme right-wing populism gains momentum… wherever it is happening," reads the brand's pledge against the tyranny they are witnessing over here in the United States. "We will never knowingly sell our products to people who support President Trump’s values."

The company is similarly asking their customers to take a pledge of "Human Fundamentalism values" which includes promises to "never discriminate against race, colour, nationality, ethnicity, gender, age, disability, sexual orientation or religion... [to] accept responsibility on challenging social and climate issues," and to "speak for those who cannot speak up for themselves."

On the one hand, it's awesome seeing anyone resisting the onslaught of near-apocalyptic nightmares that have been plaguing the entire Western Hemisphere since the beginning of 2017.

On the other hand, aren't there better ways to go about this? Illamasqua's new policy is entirely un-enforceable, as recognized by founder Julian Kynaston: "We're realistic. We know we can't stop anyone buying our products. But we also know that no matter how hard some people work to make themselves beautiful on the outside, make-up can never hide the ugliness inside.”

Furthermore, couldn't the company simply expand on their current activation efforts (they already donate 100 percent of proceeds from the sale of Lip Lure in Nebulus to The Sophie Lancaster Foundation). Why not instead put their money where their mouth is and donate a portion of all sales to some organizations Trump truly hates—like Planned Parenthood, or the ACLU, or The Trevor Project?

As much as we don't want to invalidate anyone who is anti-Trump, it certainly makes one wonder if activism is just a new form of marketing.

NEXT UP
Beauty
Cult-Favorite Filipino Makeup Brand Sunnies Face Launches In The US
Life
The Ultimate Gemini Gift Guide
Life
Anna Delvey’s NYC Art Show Was Pure Chaos — And I Loved It
Life
If You’ve Got Allergies, Picnic Could Be A Game-Changer — And It’s 50% Off Right Now